What Does A World-Class Youth Scout Look For ? 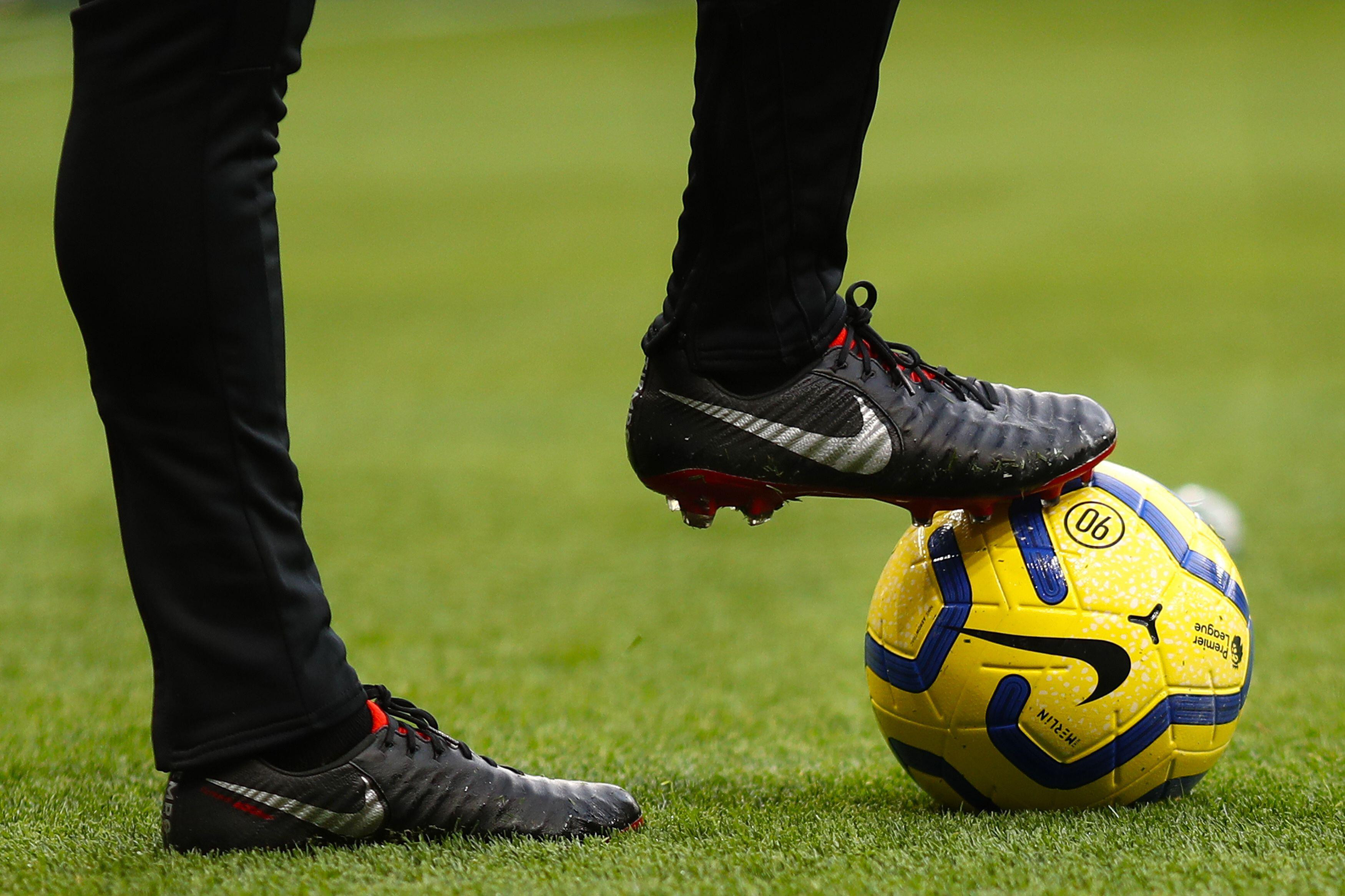 The subject of this interview would like both his name and club to remain anonymous due to the nature of his work. He scouts the under 16 and 18 age groups for an English Premier League club.

SportsEdTV: When you're scouting, do you typically have specific instructions that you're given,​ such as to look for a particular position and age, or is it more general and you're just looking for talent?

EPL Scout: There are two ways. The first is if someone is very, very good, then we'll be interested​ no matter what their position is in order to strengthen the club. The second and more common way is that we have a search criteria for each season. We might be looking for a certain position, certain attributes, and/or certain skills. Generally speaking, it's a fairly simple task because you do meet the criteria. I’d compare it to buying a car, you generally know what it is you’re looking for and your job is to find it.

SportsEdTV: What qualities do you think make a good scout? What abilities are important for​ you to be effective?

EPL Scout: It depends on what kind of scout you are. Generally, you have to be organized and​  have a large network. You have to be able to communicate with people and gather information quite well. Especially if you have six or eight countries to watch, it's a lot of information that you're responsible for, and you can't get to watch all those games. So you have to rely on your information stream. Also with youth football, it's challenging to scout because it's not only about how good the player is now, but it's about predicting their future.

SportsEdTV: Let’s talk more about that. When you're watching a u16 or u18 player, how do you​ judge their future potential? What indicates a player is likely to have a successful future?

EPL Scout: It's a few things. It's definitely not only how he performs on the pitch, although that​   is part of it. Maybe if I can watch him for a longer period of time, over six or eight months and I can see his progress, I can get to know a lot from his performances itself. But other things are also very important, like finding out about his history. How long did he play for his club? Is he playing under a good coach who is known for developing players? Is he a good learner? Does he attend all training sessions or does he skip sessions? How long has he played for? Is he an early developer or a late developer? What's his attitude like on and off the pitch? It's a combination of everything. I'll give an example. Let's say there are two 14-year-old kids, and they play at the same level. They’re both wingers that can play on either side. They are more or less a similar size, have mostly similar physical attributes, and so on. If I need to pick one, my first question would be, which one played longer in a professional or a competitive environment? Because this kind of environment prepares you for the next level. Second, how are their learning abilities and attitudes? In order to make it to the top, a player needs to be able to learn and improve. There's no benefit of moving up in level and getting a better coach if you can't learn from him, or if you're too lazy to train hard. Also, I'd look at if they are early or late developers, meaning what are their biological ages. If one player is a late developer, who hasn't really developed yet physically, and the other one is earlier and already somewhat developed, and if they are at the same level, the late developer might be the better choice for the long term.

SportsEdTV: How much do you take into consideration the attitude of a player you’re​ considering?

EPL Scout:​ It’s one of the most important things. Grit and resilience are essential to make it to the top level. One thing I like to watch for in games is if a player makes one or two or three mistakes, is he hiding after or is he still trying to get on the ball? If he’s not giving up, not losing confidence, and still trying to get back in and help his team, that’s great to see. Another important thing is how he plays when his team is losing. It's easy to play when you're winning by three of four. It's more interesting for me to watch and see how he reacts if the team is down. Is he trying his hardest, fighting back, and trying to uplift his teammates? Or is he discouraged and giving up? The attitude is extremely important. Alex Inglethorpe, the academy director at Liverpool, said something that I completely agree with. He said talent gets you to 16, but character gets you to 35. There are so many challenges in the transition from youth to senior football. Making that jump is not only about how good you are, it's also about your character, your ability to learn, your ability to bounce back from failures, and you're being committed to becoming a pro. You might see so many nice things to do when you are 17, with a little bit of time and money, and as a scout, I might not see these lifestyle choices reflect on paper, or even in a game, but they can make a big impact on a career. So I have to look at those things too. At the end of the day, scouting is an educated guess with as much relevant information as you can collect.

SportsEdTV: What other important factors aren’t so obvious on paper or in a game? How do​ you evaluate a player regarding these?

EPL Scout: It’s about collecting information from different people, that’s why the network is​         important. I even consider the player’s family, friends, and I look at if the player has a partner or not. If he does, I try to find out what kind of person they are. Because if they’re with him for money or his potential, then they might not be supportive. Every player will face difficulties, a series of games when they aren't playing well, an injury, a setback, and they need a supportive environment. A supportive, serious partner can help him stay motivated, stay positive, and get back on track. If his partner is all about partying or tells him things like, 'Your coach doesn't know what he's doing, not playing you. You're the best on the team, forget about it,’ and then they go party, that kind of surroundings can have a really negative impact on a player. I'm not sure that everyone looks into these kinds of things, and of course, you can't really do it without connections around the player and in his location, but if it's possible to know these kinds of things it makes the job much easier because they really do impact a player’s chance at succeeding in the long term.

SportsEdTV: What qualities do you see in the players who are most likely to succeed that you​ would suggest other players mimic?

EPL Scout: I would say you have to have an obsession. It sounds unhealthy, but that is​  somewhat the case. You won’t have a great social life, you'll have to miss out on partying and going out every week. There’s a lot of sacrifices to make. You have to look after the cliches, all the simple things, which a lot of players overlook. You have to put a lot of effort into looking after your body. Your diet is like petrol for a car, you might have the best car on the market but if you don't put the right fuel in, it won't perform. Sleep, rest, and diet work exactly the same way. I know players who don't use mobile phones and laptops the day before the game, or they use special screens on them, so they can sleep better. That kind of commitment is really important.

SportsEdTV: Outside of improving lifestyle factors like these, how would you suggest a player​  approaches improving the more technical aspects of their game?

EPL Scout: It’s key to understand your strengths and weaknesses, and what it is you need to​     improve about your game to get on the next level, and then working on that. Prioritizing which aspects of your game you work on is important because you can't focus on everything at once. Let's say you are a right-footed inverted winger playing on the left side, which is quite common in Europe nowadays. You have to recognize if, for example, you are too dependant on cutting inside onto your right foot. It's a fine move to make, but if it's all you can do then you are too predictable. If this is the case, you need to work on getting comfortable going down the line as well, crossing with your left foot, or even the outside of your right foot. Those might be some priorities for you to work on, but in order to do that, you have to have recognized those weaknesses. By reflecting on your performances and understanding your weaknesses, you can give yourself the tools to be more useful. Sporting directors and coaches build teams to win, and if you play with certain skills, and have a certain attitude, they will find a place for you in the team eventually. You don't need anything that's so special, but you have to work extremely hard, never stop trying to be a better player, and be always ready for the chance to prove yourself because you never know when it will come.

SportsEdTV: Do you have any closing pieces of advice for players?​

EPL Scout: One of the most important pieces of advice I can give is, always play to impress​       because you never know who's watching. Trust me, some players who I've watched, if they knew an EPL scout was watching them they would be shocked, and they would approach the game a lot differently. You know as a scout, like everyone, I want to maximize my time. So if I travel to watch a specific game, and there's another game twenty minutes after, I'm going to watch at least a part of it. If I travel 3 or 4 hours to watch one player, I'd like to watch at least a piece of 3 or 4 other games on that trip as well to make the time count. So as a player trying to move up, always, always, always play to impress. Just assume a scout is watching. It doesn't matter who you're playing, if it's a friendly or championship if the game just started or is almost over, if you're down by 5 goals or up by 5 goals, you never know when you’re being watched, and a scout doesn't care about the context or the details of the game. I want to see quality players working extremely hard and giving it everything they've got, and if I see that it will catch my attention no matter the circumstance.