Pure and Cross Dextral Visual Strategies: You Are ONE or the OTHER - Visual Training for Tennis

Things get even more complicated if you're ambidextrous (a switch hitter), or use different hands for writing and throwing. According to one review, 28.8% of left-handers and 1.6% of right-handers by writing were inconsistent for throwing. For this group, it's almost impossible to correlate handedness and eye dominance.

Dominant Eye Does Most of the Seeing

Your dominant eye gathers the bulk of the information about the ball. Everyone has a dominant eye that processes information to the brain just a few milliseconds faster than their non-dominant eye. "The dominant or sighting eye also guides the movement and fixations of the other eye." (Kluka, 1991). The combination of eye and hand dominance has been a topic of a recent study of golf putting (Steinberg, Frehlich, & Tennant, 1995). It was found that those who are pure dextral (same eye dominance has their hand dominance right eye/right hand, left eye/left hand), are best advised to focus on the space between the ball and the striking implement. This would seem to empower the use of peripheral vision. Cross dextral (right/left, left/right) people perform equally well attempting to focus directly on the ball, or at a place between ball and striking implement. In plain English, if your dominant eye is on the opposite side from your dominant arm, then you will be more successful focusing directly on the ball. If your dominant eye is on the same side as your dominant arm, then you may be best advised to focus at a place between the final bounce, and the contact with the ball to allow for greater use of peripheral vision. Thus, 'keep your eye on the ball', might not be the best advice for everyone.

To discover which is your dominant eye, locate a small object at least 20 feet away. Using a lone tennis ball on the other side of the net is a good way to do this. Stretching out your arms to full length, make a tiny opening between your hands, just larger than the ball. When you can see the ball in the small space with both eyes open, then close your left eye. Do you still see the ball? You are right eye dominant. With right eye closed, if you are seeing the ball with your left, then conversely you are left eye dominant. It's important to form the hole in your hands and center the ball with both eyes open so that you will naturally select your dominant eye, do not attempt to sight the ball with one eye closed prior to centering the ball inside the small space. 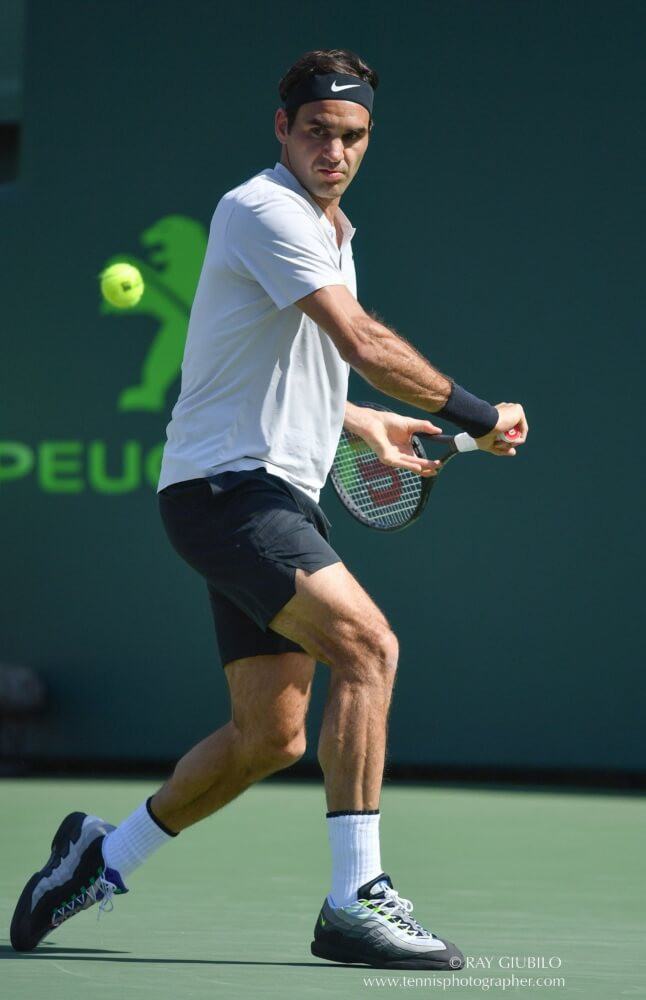 Your Nose is in The Way

Once you identify and intentionally are using your dominant eye to 'see' the ball, while allowing the non-dominant eye to help provide the depth perception, and three-dimensional cues, your ability to read and react to the ball may increase. Be mindful that if the bridge of your nose is between your dominant eye and the ball, you can turn your head to aim your eye more in that direction. It can be helpful for you to turn your head so that both eyes can see the action. An example would be a left eye dominant player hitting a backhand volley. If their head is turned too much to the side, then the non-dominant eye will be forced to be responsible for tracking (sighting). Using the non-dominant eye for tracking may lead to more errors, and fewer well-centered balls on the frame, regardless of how much time you have to see the ball. This may explain why people make errors on slow-moving balls and get frustrated at missing an easy ball, simply because they were looking with the wrong eye.

Now that I have taken this material on the road as a guest clinician, I have received plenty of great feedback from clinic participants, some of whom found it to be a revelation. It seems that the population is approximately 50% each Pure and Cross Dextral. The pure dextral players seem to be the best helped by a novel approach to seeing the ball, which causes me to think that they have been underserved. So if you are a coach reading this, you might find some wow factor for your students.

Stop believing that you can see the ball in the strings. Your eyes just don’t operate that fast. It's now a well-established fact that the human eye does not work fast enough for a player to see the ball go into and out of the racquet at the exact moment that it happens. We also know that our brains do a tremendous job at filling in the missing information, however, we don't want to tax that system needlessly. Understanding what cannot be seen is not as important as understanding what can be seen. If you are a Cross Dextral player with opposite eye/hand dominance, you most likely have a greater ability to track the ball across your vision. Pure Dextral players with same eye/hand dominance, may need to focus at a place between the bounce of the ball and the frame in order to track it properly. This can only be suggested as experimentation, as there is not a clear cut study of moving objects where this is true. Consider the more narrow-angle from the dominant eye to the dominant hand of the player when compared to Cross Dextral players, and it may make sense why those players might not have the same depth of field in their vision. To simplify the jargon, Cross Dextral players have a dominant eye that is opposite their arm dominance such as left/right or right/left. Pure Dextral players have the same side-eye dominance as arm dominance, as in right/right or left/left, thus reducing the angle of the vantage point of receiving the ball onto their racquet. A friend shared with me that he had seen research suggesting that the majority of tennis players are Cross Dextral.

While the number of milliseconds that the ball rests on the strings, is a shorter amount of time than our eyes can process an image, by a significant margin, people can easily focus on a ball, from the bounce on their side of the court into their strings. So in reality, seeing the ball INTO the strings is quite doable. Seeing the blur come out is also doable. To avoid turning your head prematurely, it’s advisable to keep your head relatively still at the contact point for a moment prior to tracking the ball on its way to the opponent.

To understand and visualize the best technique, the use of slow-motion video is one of the greatest advancements learning to play tennis. This helps players to see what they could not see, and thus develops their imagination, giving them a framework to reconcile the result of scans, tracks, and foci. An incredible amount of additional information can be gained, that the unaided human eye could not previously detect. As a result of using slow-motion video, I now have almost no disagreements with players about what they are doing with their stroke since they can see it very easily. Not only can they see their stroke, but they can also compare it to their experience of the ball in real-time, thus gaining a much better understanding of how to translate their perception into more efficient action. We can trace the very origin of the maladaptive motion. 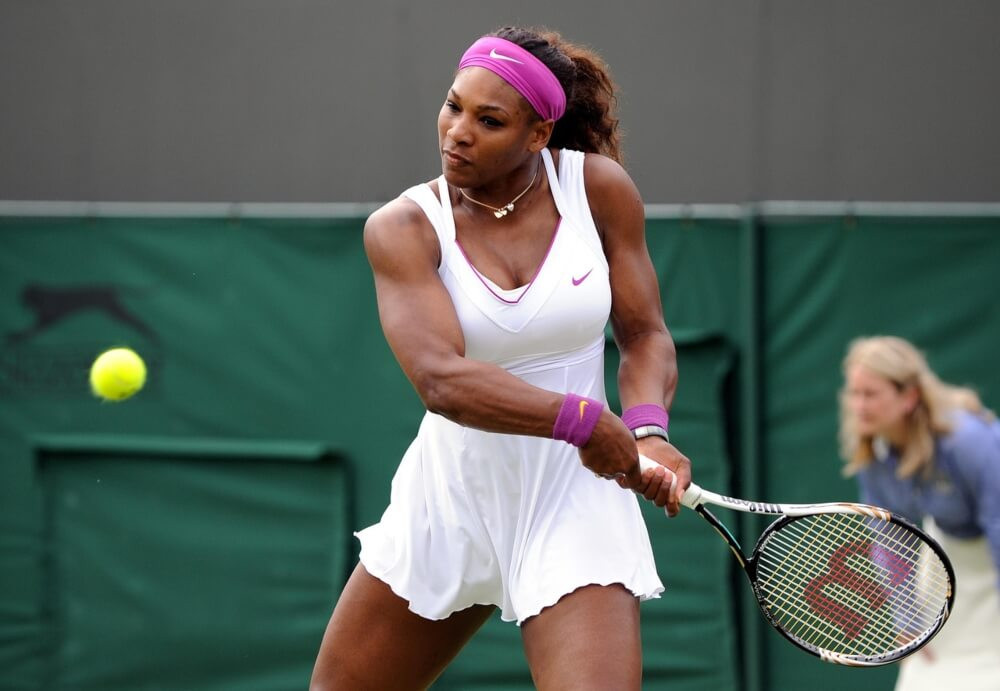 Pair Visual and Kinesthetic with Video

Slow-motion video removes any denial about what is happening, making for a much more powerful lesson. Players can then also pair the visual with the kinesthetic experience and can be more ready to make a change once they are aware of what exactly they are doing. Vision is clearly a major component of learning how to be a great player. Quite often I ask my players, "Do you see and feel what you did there? Which one had a greater impact, the seeing, or the feeling?" This helps me to tap into which is their stronger modality. Of course, all of us tennis players see and feel, and pairing these two makes our learning very powerful. This jibes with Tim Gallwey's idea of 'feel-mages', expressed in The Inner Game of Tennis, as the way to learn how to repeatedly perform a certain task. So, get creative with different ways of having your players experience their shots.

For more on the visual strategy, check out these links:

The Top 3 Common and Catastrophic Visual Errors and How to Correct Them Immediately https://www.infinitevisioncoach.com/optin41489424

Go Straight to Get the 4th Edition of Visual Training for Tennis
https://www.infinitevisioncoach.com/offer-2

Bill Patton, SportsEdTV Contributor   Bill is always searching to refine and perfect his paradigm, and is willing to put a lot of ‘think time’ into a any shift, while also challenging other coach’s paradigms. [...]
Share This Story, Choose Your Platform!
Please sign in in order to rate the blog. 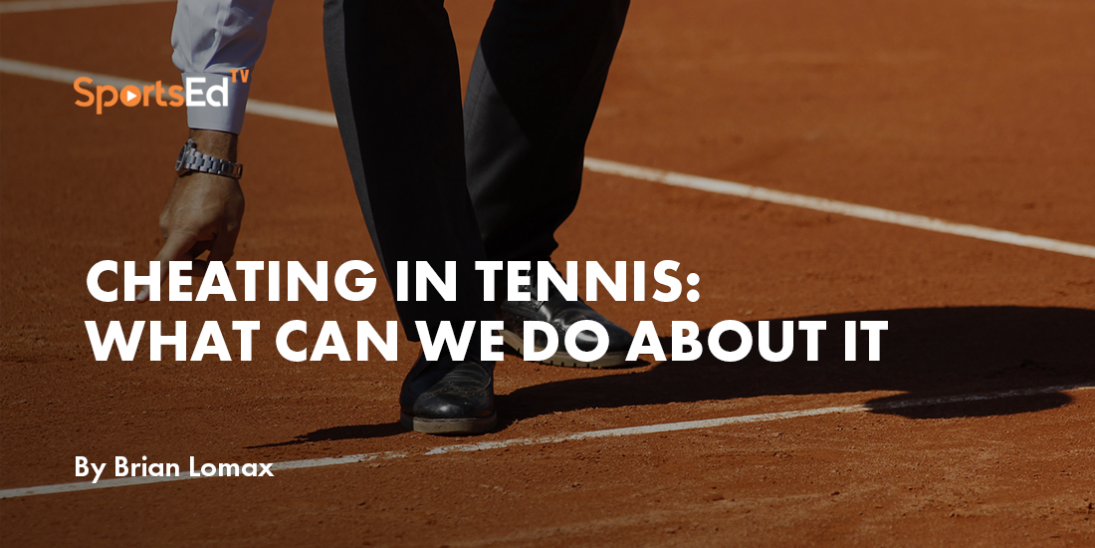 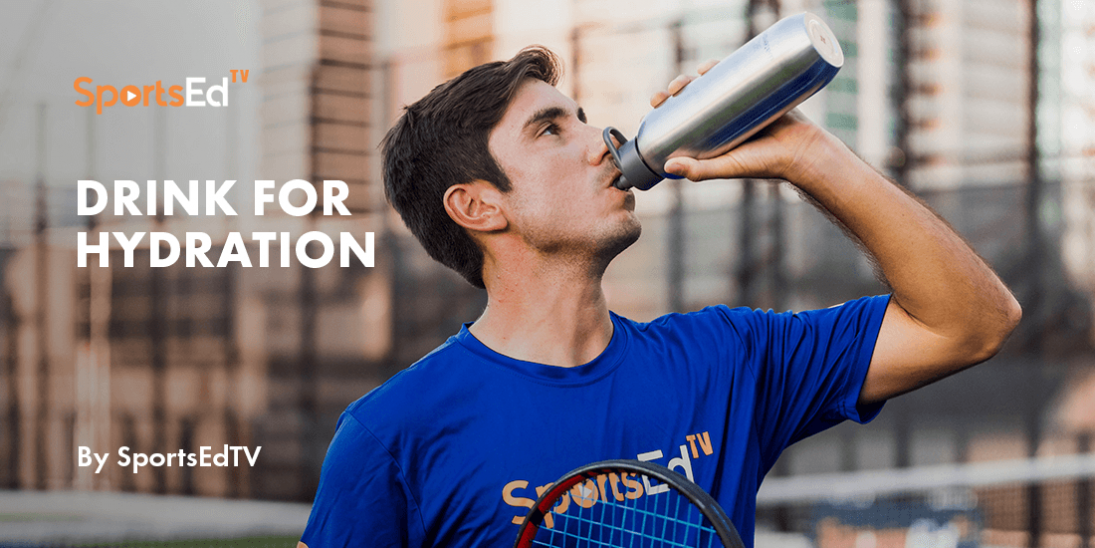 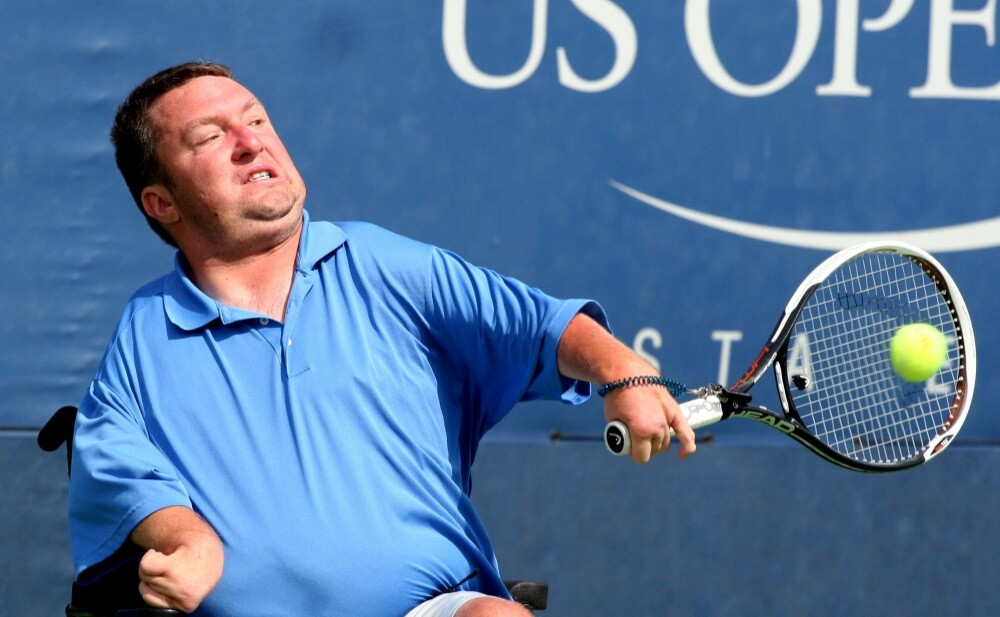 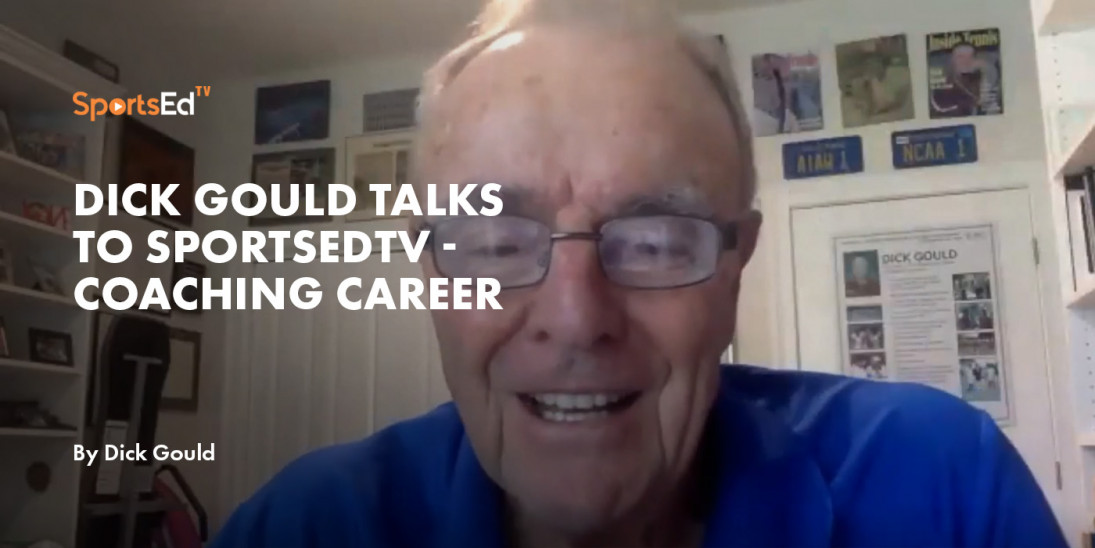 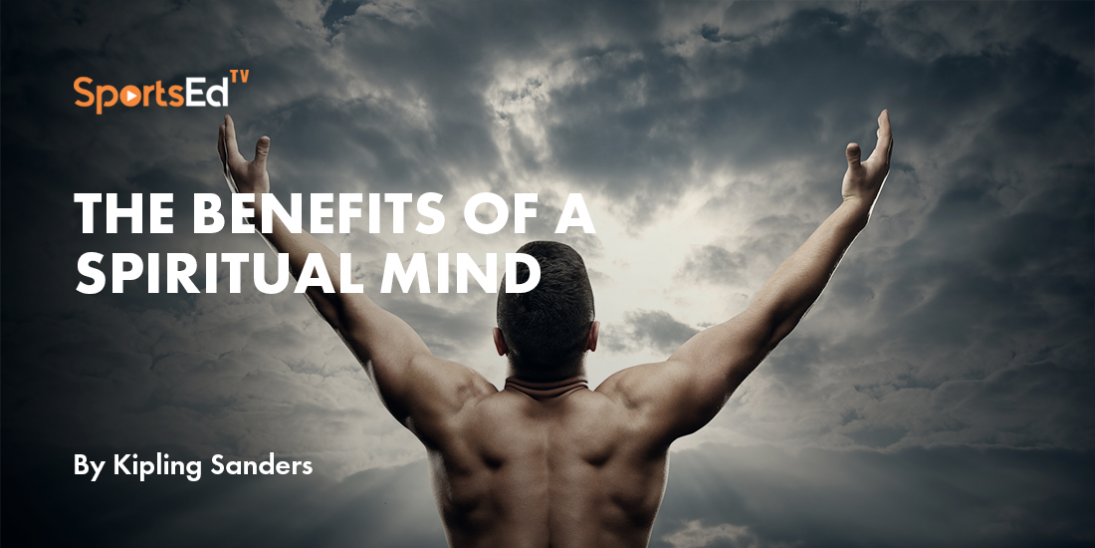