Jump Back Snatch: Why? 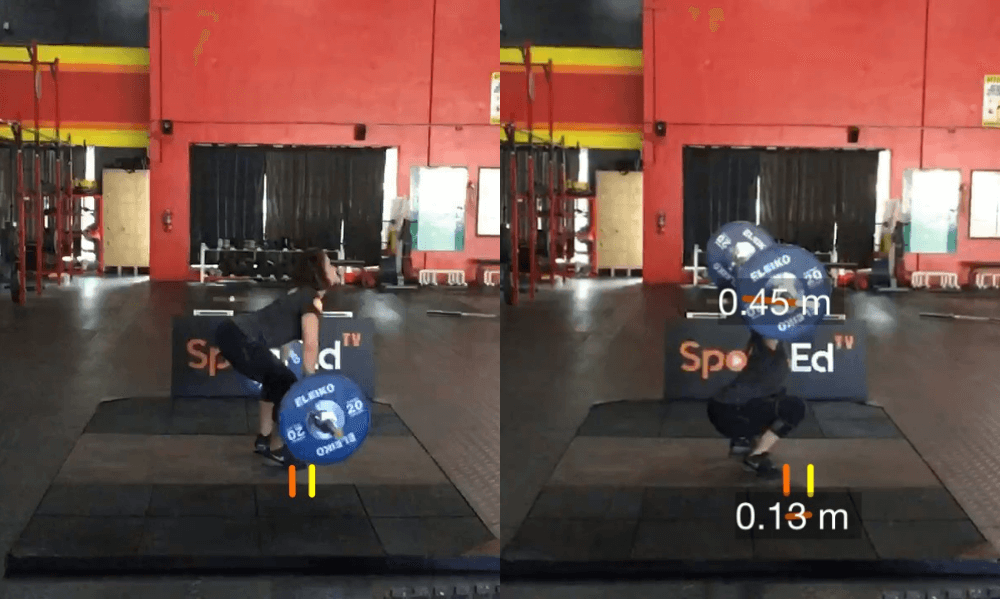 To illustrate for this blog, Rachael Bommicino demonstrates the jump-back effect in the snatch during a recent SportsEdTV filming of weightlifting technique. The yellow line marks the front of her shoe at lift-off. The orange line marks the front of the shoe during the catch phase, showing a jump backward of 13 centimeters, or a little over 5 inches.

Coach Mike Rosewell (Superior Athletes, Kansas City) contacted me a few years ago with a question about one of his lifters, Emma Nye, who was the dominant winner at the 2015 USA Weightlifting National Youth Championships.

At the event, Emma, weighing 41.8kg, snatched 41 and missed attempts with 44 and 46 (national record). She C&J'd 53kg, missing 57 twice. Coach Rosewell's question to me was about her snatch style that includes heavy contact at the hips, a looping, straight-arm swing overhead, all combined with a significant jump rearward.

Here is Emma's attempt at the snatch national record, as featured on my Dartfish.tv channel. Use the various Dartfish tools to check my analysis and commentary.

This was a hot topic after the recent Youth Nationals. There are some who wish to have the youngest lifters evaluated on technique only, not maximum weight lifted. This is not a new discussion, at least not for those of us with a good memory of the sport. USA Weightlifting and our then sponsor, Mack Trucks, created such a program, Operation Acorn, after the 1984 Olympics. We had tremendous buy-in from middle school kids across the country, but the program, like many others, fizzled out.

Operation Acorn ("Mighty oaks from little acorns grow") emphasized local competitions in which lifters were evaluated on technique and general muscular strength and power. In addition to snatching and jerking with a limited percentage of body weight, kids were to be tested on standing long jump, 2-hands shot-put backward throw over the head, and pull-ups.

These were fairly standard talent identification tests used elsewhere to identify individuals for weightlifting consideration. The program failed due to the refusal by all local weightlifting committees (LWCs) except New Jersey, to try technique and fitness competitions for the youngest lifters.

Note: at that time the minimum age for the competition was 13. It's another story how the organization came to embrace today's no-minimum age to lift in a meet.

This idea of evaluating technique presents a challenge for USA Weightlifting, then and now. Ideal, or textbook, the technique is not agreed to in this country. Our sport does not evaluate on technique, only whether or not the lift is successful. Therefore, one need not exhibit perfect technique, as the officials' white lights appear regardless of one’s technical mastery.

If USA coaches, few of whom have comparable educational backgrounds to their international colleagues, do not agree on how to lift, how can we ever implement technique competitions here? Can you imagine the fights that would take place at a meet with the introduction of such subjective criteria?

For example, some lifters start with a wide stance and do not relocate their feet when receiving a snatch or clean. Others start with feet very close and jump them out quite a bit. Is one better than the other?

We are not diving, gymnastics, or figure skating, where judges compare performance to one standard. Minus an agreement on "ideal" technique, we should not be surprised to see wide variations in lifting styles. This is only reinforced by the amount of content available on the Internet.

Since squat style lifting became de rigueur in the 1960s, many lifters have demonstrated a slight rearward placement of their feet after pulling and getting into the receiving position. No big deal, this is not an intentional effort to propel oneself rearward, hoping to catch the weight in a stable position.

About 20 years ago we began hearing debates about what became known as a "jump back" style of snatching. This label resulted from reviews of barbell trajectory. The trajectory is the path of the barbell from lift-off to the lockout (snatch) or rack (clean). The path is measured relative to a vertical reference line running through the center of the barbell prior to lift-off.

We've all seen the following chart (from Explosive Lifting for Sports): 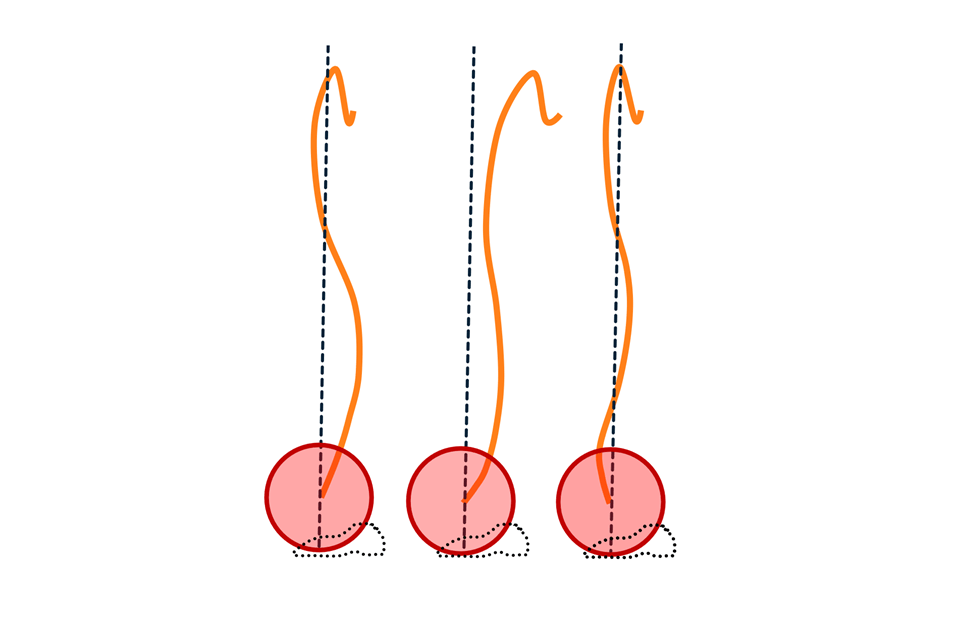 The first type of trajectory was considered ideal. In my opinion, this is the trajectory all beginners should emulate.

The second type of trajectory involves a path that fails to move forward of the reference line. However, and this is an important point, this trajectory, in and of itself, does not assure that the lifter jumped rearward (see the Garhammer/Newton biomechanical analysis poster of Yuri Vardanian's 1978 world record). Only a measurement that includes foot placement can confirm that a lifter jumped backward.

The third type of trajectory results in a jump forward to fix the weight overhead (snatch) or on the shoulders (clean). In order to secure the barbell in a position forward of the reference line, yes, the lifter had to jump forward.

These are very subtle changes in trajectory, but small deviations, especially in the snatch, can result in a missed lift even if the barbell arrives at arms’ length overhead. By the way, elite lifters have demonstrated all of these trajectories while executing successful lifts.

Emma demonstrates a vertical 1st pull, as seen in the Dartfish clip. The bar remains too far forward throughout the 1st pull, with the barbell (48kg) literally pulling Emma (41.8kg) forward.

Minus an extremely strong lower back a lifter so positioned is likely to bring the shoulders back during the transition. Classic technique teaches beginners that the barbell travels mostly straight up during the transition, not rearward as happens when the shoulders are pulled back. Ideally, the power position results from a repositioning of the lower, not the upper, body.

Taken in isolation, Emma's power position (end of transition, prior to 2nd pull) looks great. Remember though, she's moving her shoulders rearward, essentially extending the hip before the knees and ankles extend. Ideally, the hip is the last of these three lower body joints to fully extend.

Emma's trajectory, taken by itself, does not look as extreme as the visual details of her lift. During the pull-under phase, the bar passes in front of the vertical reference line, as if in the classic pattern. But, this was accomplished by a huge swing forward with basically straight elbows. Vorobyev never anticipated this sort of horizontal movement, as it was presumed one would keep the bar as close to the torso as possible.

The conventional wisdom of minimizing horizontal movement and keeping the bar close is a far cry from what we see in America today. In my opinion, it is truly a shame that so many of our lifters swing the bar far from their torso during the pull-under phase.

For some, especially when the barbell outweighs the lifter, this results in a jump forward. In Emma's case, and this is a crucial message to lifters and coaches alike, nearly any technical flaw can be tolerated as long as the barbell weighs less than the lifter. Remember, Emma made her opener (under bodyweight), but missed her second two attempts (in excess of her bodyweight).

Rather than jump forward Emma actively moves rearward, jumping almost the length of her shoe. This, of course, results in the bar being lost in front.

Don't start lifters off on the wrong foot! Inefficient technique may or may not lead to injury, but for sure new lifters become frustrated by failure or inconsistency when the weights get heavier.

In response to Coach Rosewell's request for suggestions to improve Emma's technique I made the following suggestions:

I have an updated set of dimensions for the Murray Cross that suggests the entire middle section is 5" wide and 54" long. The cross section is 24" left to right.

Coaches, stop arguing ad infinitum about technique. Embrace sports science (that which looks at what works and what does not) and move forward with a more unified approach to basic technique.

Watch our latest video: How to Snatch

TJ Greenstone’s snatch attempt demonstrates classic barbell trajectory. During the 1st pull, the bar moves slightly toward the lifter. The path moves mostly vertical during the transition. The path returns forward of the reference (yellow) line during the 2nd pull and pull-under. Wrist extension (palms up) creates the “hook” at the top of the trajectory, confirming the bar path returns to its starting point)

Harvey Newton, Executive Director, Weightlifting   Harvey has decades of hard-earned experience under his belt and he’s willing to share his techniques, insights, and wisdom with novices and professionals alike. [...]
Share This Story, Choose Your Platform!
Please sign in in order to rate the blog. 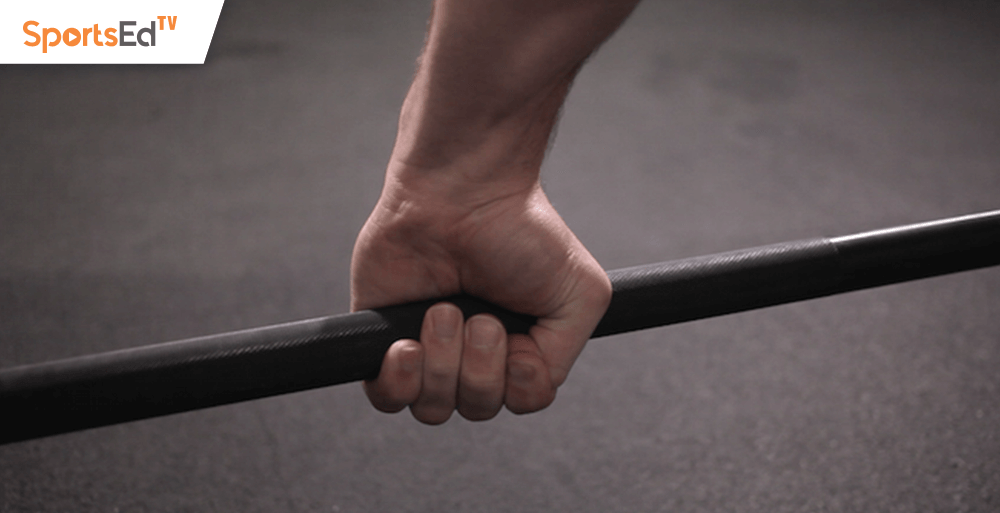 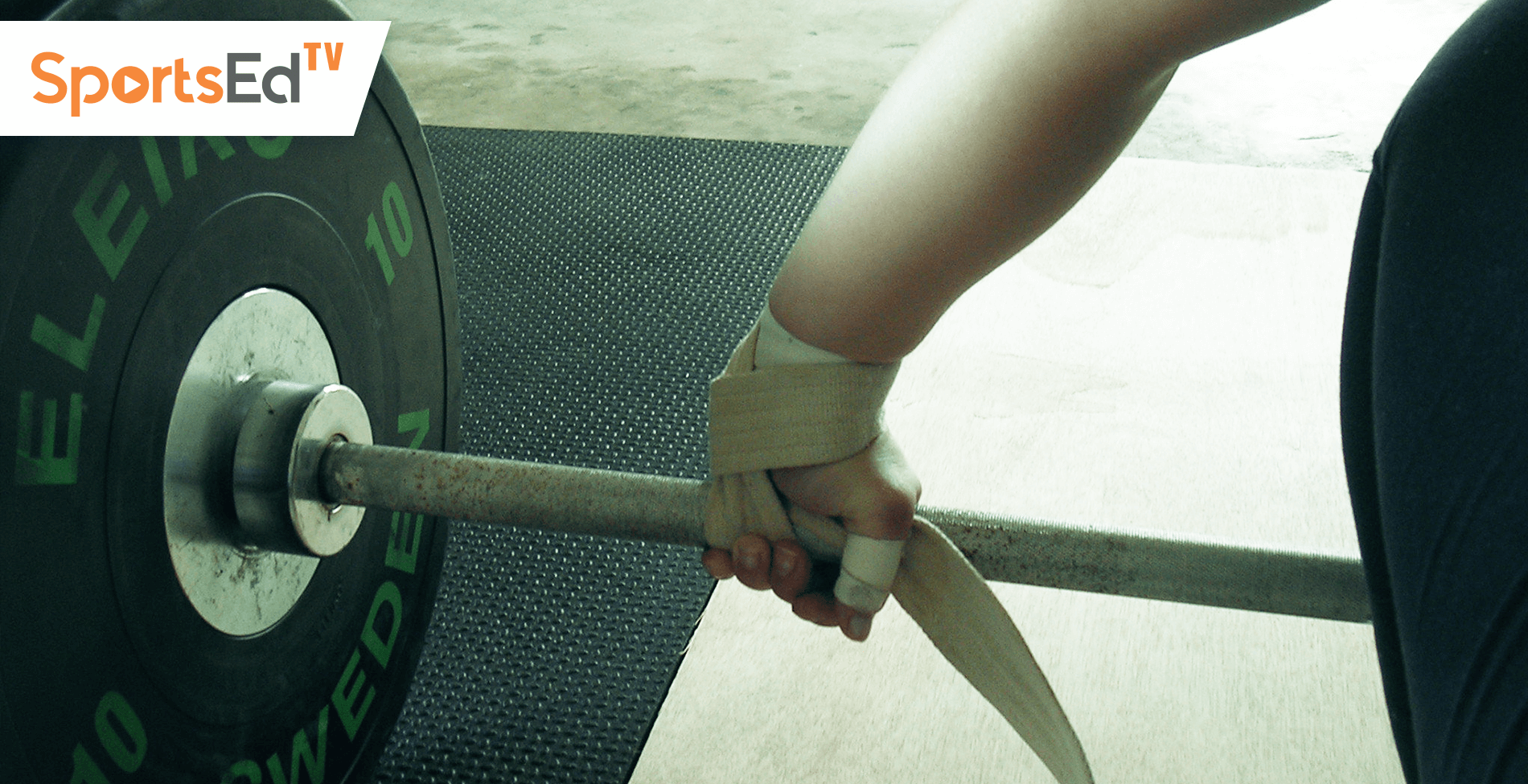 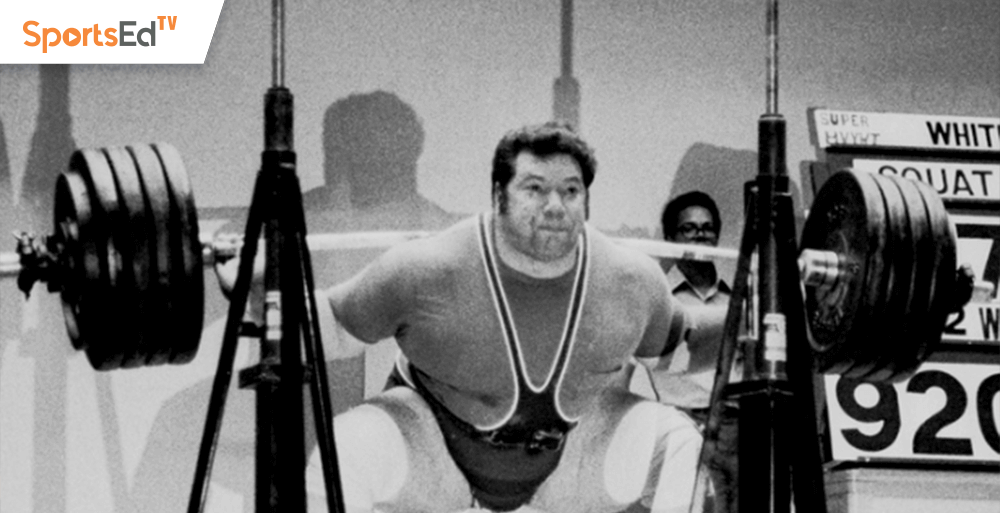