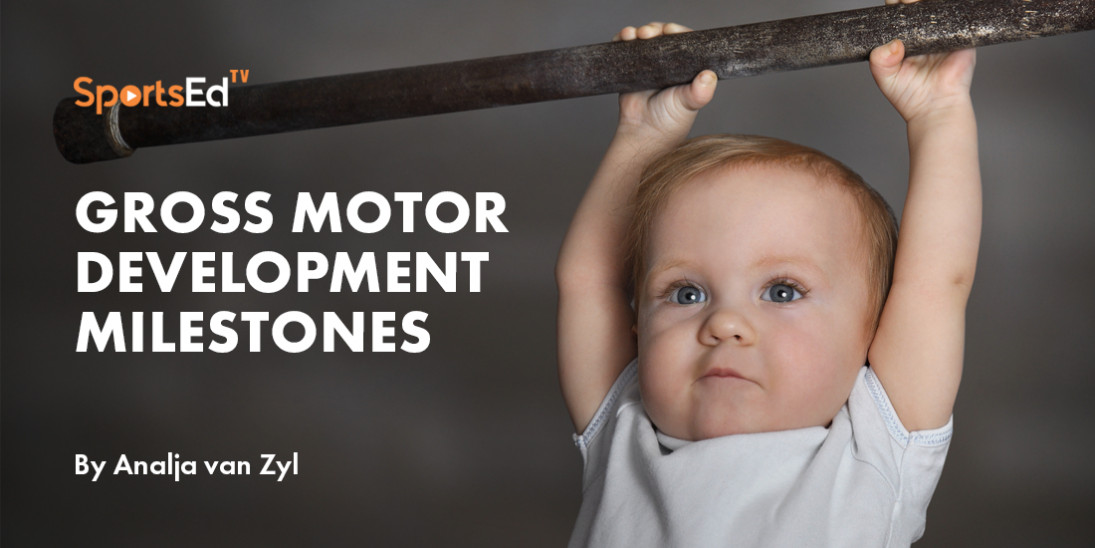 They involve the coordination of the muscles and the neurological system. They impact balance and coordination. They also form the basis for fine motor skills that help us make small movements like using a pencil. Gross motor skills are related to other abilities. These include:

Gross motor skills develop over a relatively short period of time. Most development occurs during childhood. The development of gross motor skills is governed by two principles that also control physical growth. Head to toe (cephalocaudal) development refers to the way the upper parts of the body develop, beginning with the head, before the lower ones. The second principle of development is trunk to extremities (proximal- distal). Head control is gained first, followed by the shoulders, upper arms, and hands. Upper body control is developed next, followed by the hips, pelvis, and legs.

The first gross motor skill a baby learns is usually to lift their heads and shoulders before they can sit up, which, in turn, precedes standing and walking. Lifting the head is usually followed by the ability to display head control. Although babies are born with virtually no head or neck control, most infants can lift their heads to a 45-degree angle by the age of four to six weeks, and they can lift both their head and chest at an average age of eight weeks. Most infants can turn their heads to both sides within 16 to 20 weeks and lift their heads while lying on their backs within 24 to 28 weeks. By about 9 to 10 months, most infants can sit up unassisted for substantial periods of time with both hands free for playing.

One of the major tasks in gross motor development is locomotion, the ability to move from one place to another. Infants progress gradually roll from (eight to 10 weeks) to creeping on their stomachs and dragging their legs behind them (six to nine months) to actual crawling (seven to 12 months). While infants are learning these temporary means of locomotion, they are gradually becoming able to support increasing amounts of weight while in a standing position. In the second half-year of life, babies begin pulling themselves up on furniture and other stationary objects that are also known as ‘pull to stand’. By the ages of 28 to 54 weeks, on average, they begin navigating a room in an upright position by holding on to the furniture to keep their balance. Eventually, they are able to walk while holding on to an adult with both hands and then with only one. They usually take their first uncertain and very ‘wobbly’ steps alone between the ages of 36 and 64 weeks and are competent/ steady walkers by the ages of 12 to 18 months.

Toddlers are usually very active physically. By the age of two years, children have begun to develop a variety of gross motor skills. They can run fairly well and negotiate stairs holding on to a banister with one hand and putting both feet on each step before going on to the next one. Most infants this age climb (some very actively) and have a rudimentary ability to kick and throw a ball. By the age of three, children walk with good posture and without watching their feet. They can also walk backwards and run with enough control for sudden stops or changes of direction. They can hop, stand on one foot, and negotiate the rungs of a jungle gym. They can walk up stairs alternating feet but usually still walk down putting both feet on each step. Other achievements include riding a tricycle and throwing a ball, although they have trouble catching it because they hold their arms out in front of their bodies no matter what direction the ball comes from. 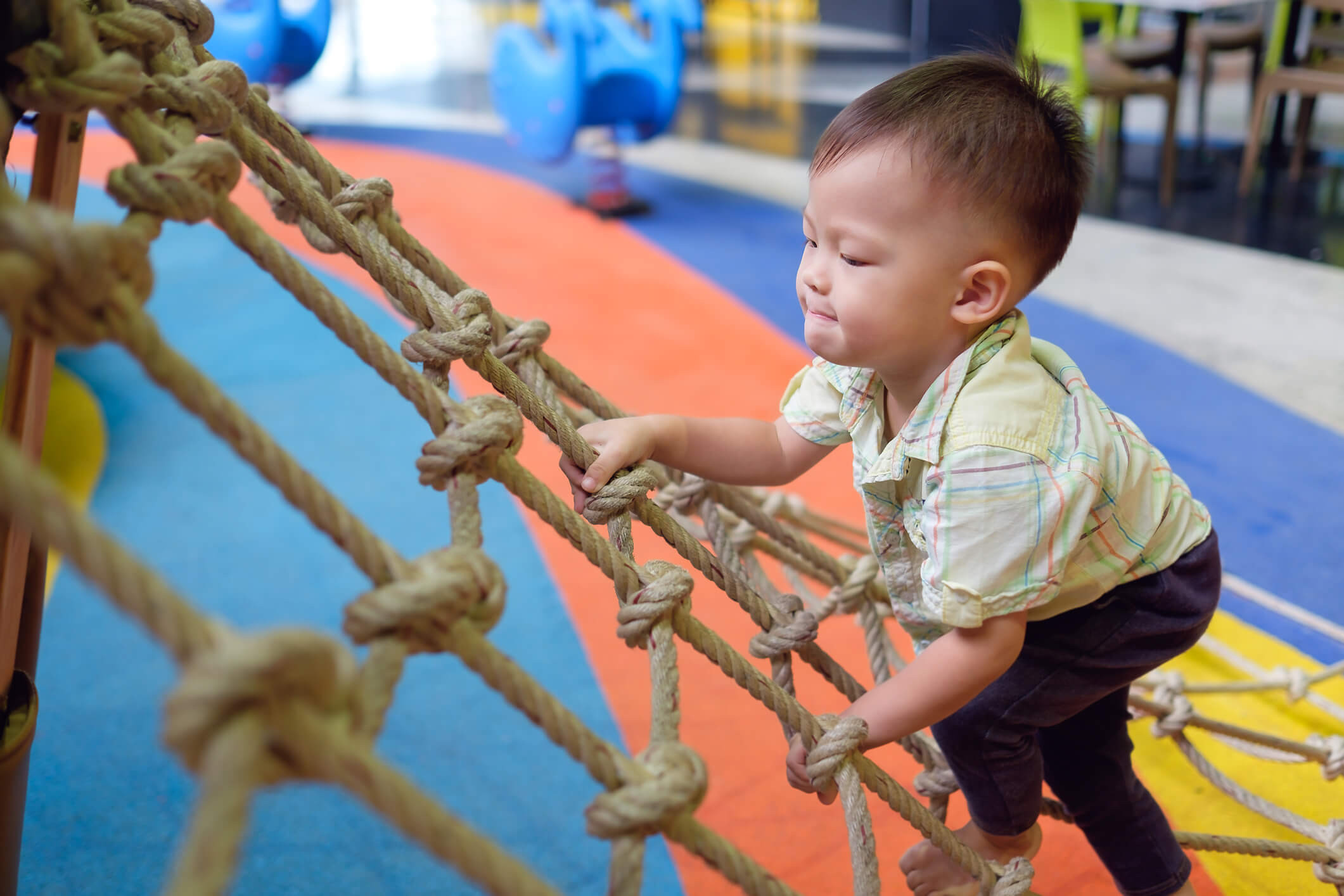 Four-year-olds can typically balance or hop on one foot, jump forward and backward over objects, and climb and descend stairs alternating feet. They can bounce and catch balls and throw accurately. Some four-year-olds can also skip. Children this age have gained an increased degree of self-consciousness about their motor activities that leads to increased feelings of pride and success when they master a new skill. However, it can also create feelings of inadequacy when they think they have failed. This concern with success can also lead them to try daring activities beyond their abilities, so they need to be monitored especially carefully.

School-age children, who are not going through the rapid, unsettling growth spurts of early childhood or adolescence, are quite skilled at controlling their bodies and are generally good at a wide variety of physical activities, although the ability varies according to the level of maturation and the physique of a child. Motor skills are mostly equal in boys and girls at this stage, except that boys have more forearm strength and girls have greater flexibility.

Five-year-olds can skip, jump rope, catch a bounced ball, walk on their tiptoes, balance on one foot for over eight seconds, and engage in beginning acrobatics. Many can even ride a small two-wheel bicycle. 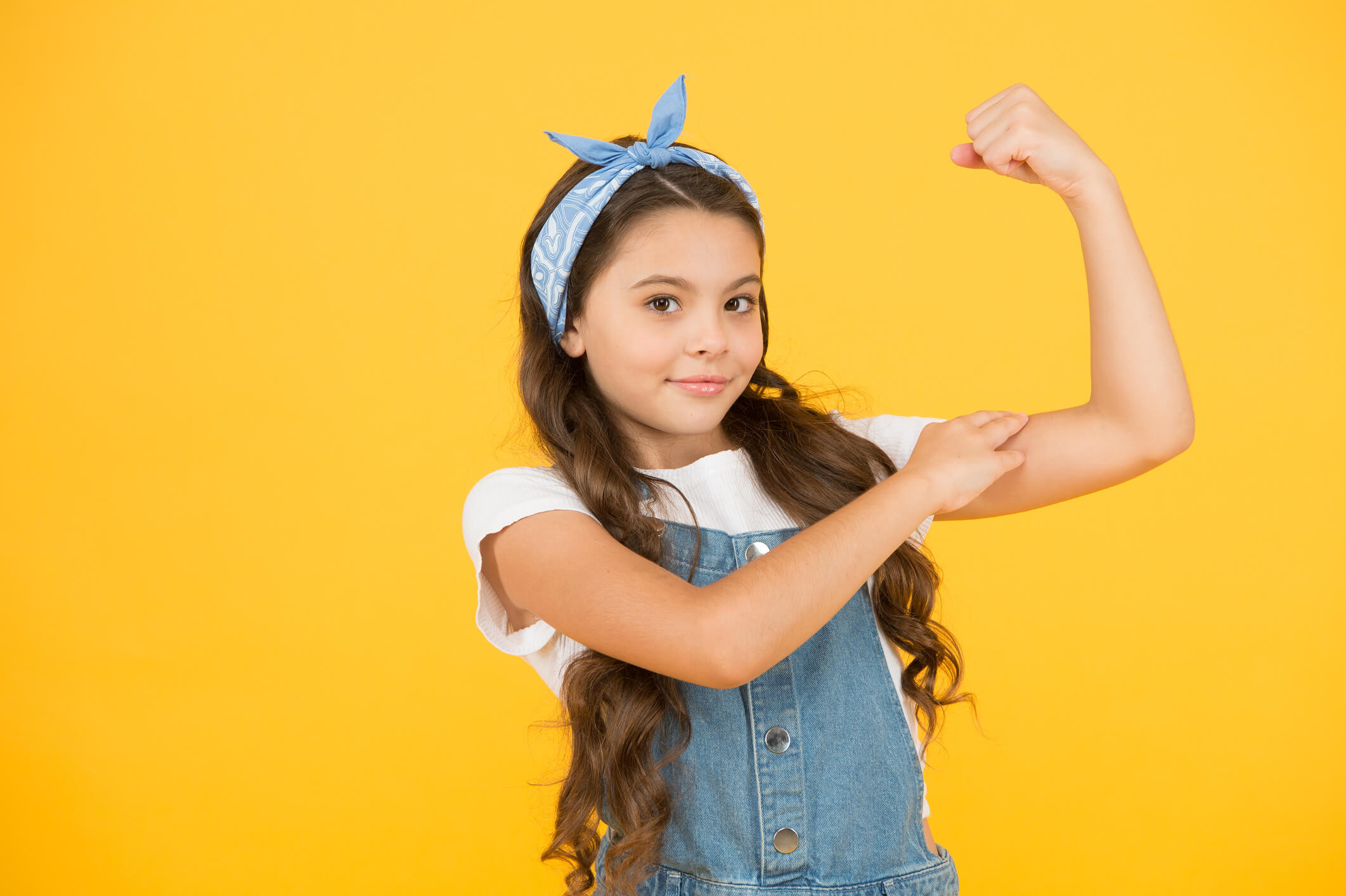 Eight- and nine-year-olds typically can ride a bicycle, swim, roller skate, ice skate, jump rope, scale fences, use a saw, hammer, and garden tools, and play a variety of sports . However, many of the sports prized by adults, often scaled down for play by children, require higher levels of distance judgment and hand-eye coordination , as well as quicker reaction times. Games that are well suited to the motor skills of elementary school-age children include kick ball, dodgeball, and team relay races.

Analja van Zyl   Analja is a qualified Kinderkineticist, with a Bachelor's degree in Human Movement Sciences, Bachelor of Science honors in Kinderkinetics, and a Master's in Kinderkinetics [...]
Share This Story, Choose Your Platform!
Please sign in in order to rate the blog. 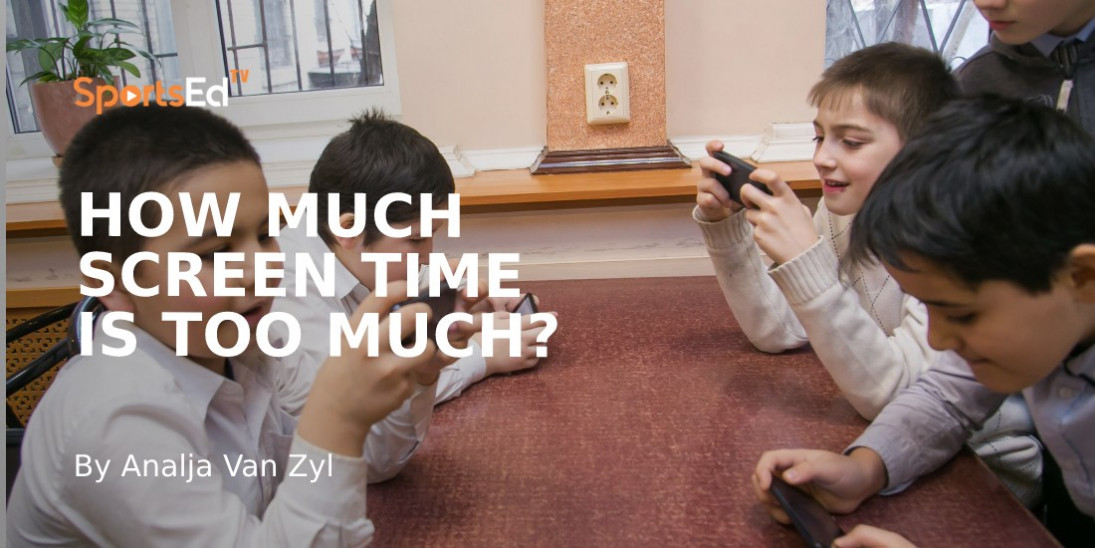 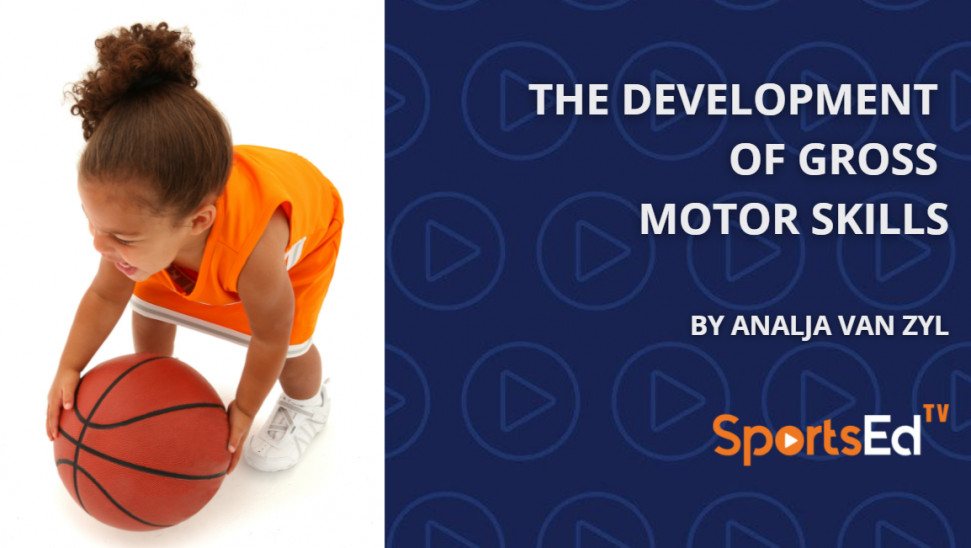 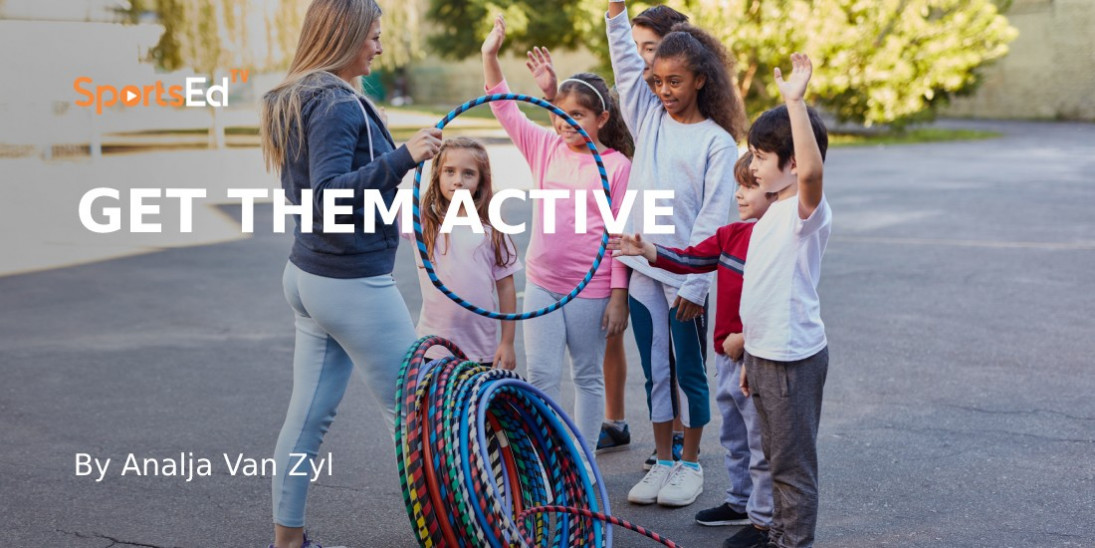 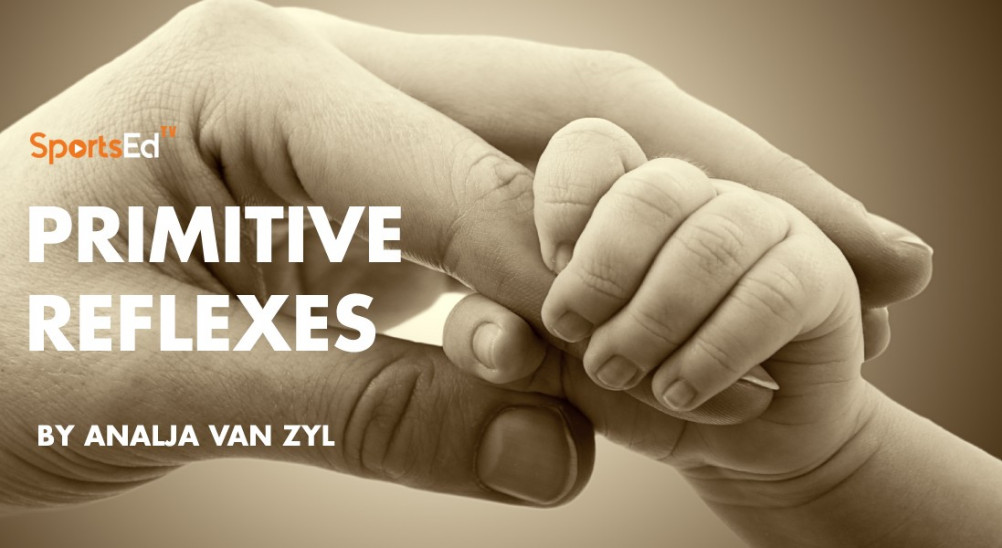 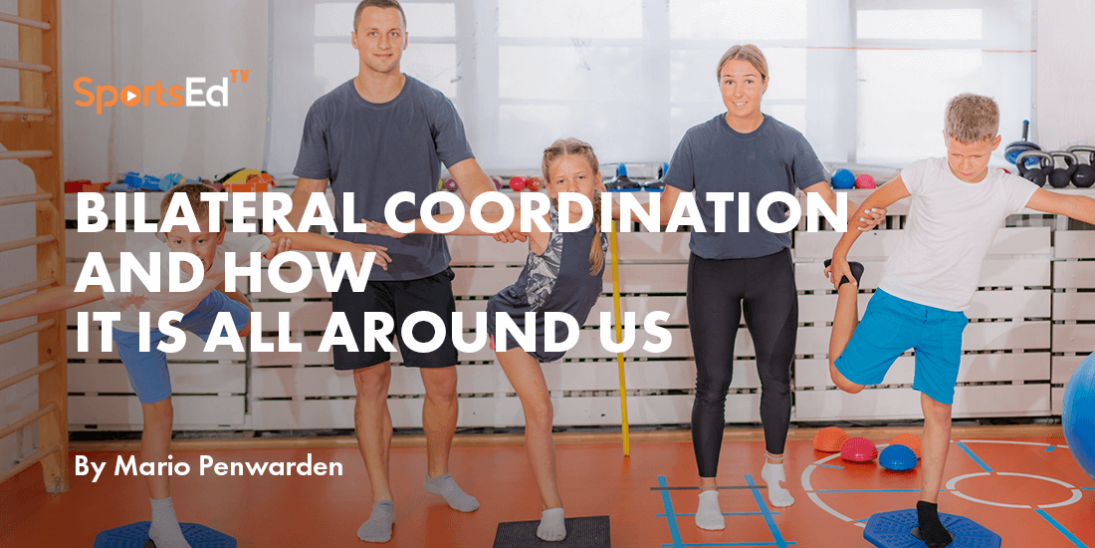