Being a Champion Starts With Being Coachable by Eric Hechtman 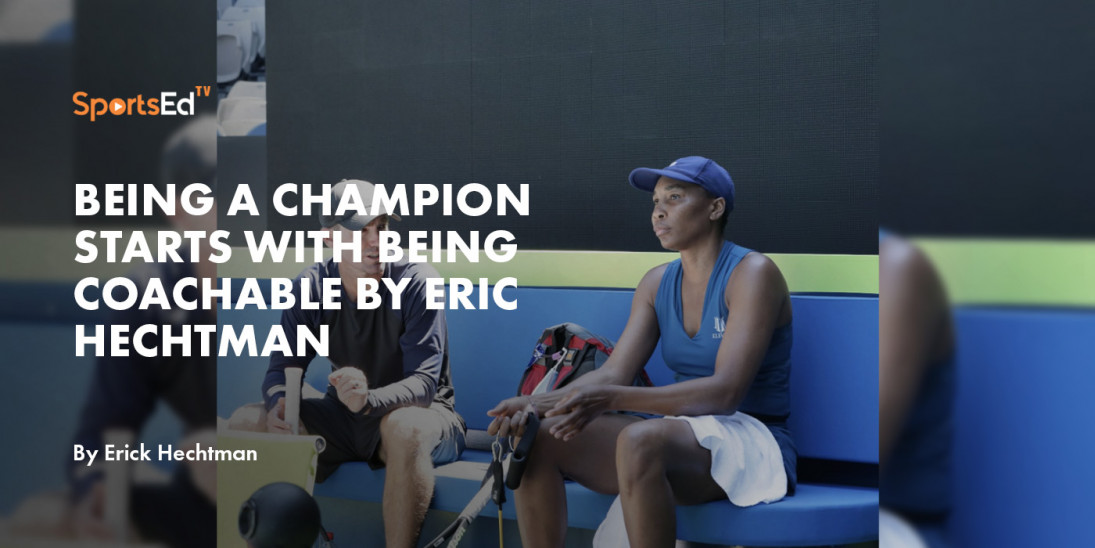 Eric graduated from the University of Miami with a degree in Political Science. As the Hurricanes' team captain for 3 years, he holds the school record for the most all-time wins. Two-time ACC Champion and two-time Big East Champion.

Eric has been the Director at Royal Palm for the past 12 years, the coach of Venus Williams and former hitting partner for some of the top players in the world: Rafael Nadal, Roger Federer, and Serena Williams. He enjoys teaching all levels but specializes in fitness, technique, and strategy at the intermediate to advanced level.

Are you coachable?  Let us dive into the different aspects that make a player coachable.

In spite of what most people believe, players become champions when they recognize their weaknesses and are willing to put that extra effort into their development including listening to what those around them have to say.

Many players of all ages and levels take lessons with the intention behind the lesson “to improve.”  However, I would say most of the lessons given, especially at the club level and junior level are dictated by the player as to what they want to work on, and many times the student’s mental approach into the lesson is too narrow-minded. A student needs to have an open mind and be willing to learn on many fronts.

More importantly, a coach and student/player need a strong trusting bond for this information to be absorbed quickly. Now let us look at some different championship examples of players being coachable and how in their lives that have helped them accomplish their goals.

First, I want to start with one of the greatest sports champions in history- Venus Williams, and how her trust and great attitude are an example of what it takes to be “coachable” and get the best out of your coaching to achieve the highest level. On my trip with Venus, I learned how a true champion can quickly tweak and adjust their game with an open mind on the following fronts: Rackets, Strings, Footwork, Balance, Technique, Mentality, and Tactics.  There are so many things to touch upon with each player, however, the player needs to be open and coachable. 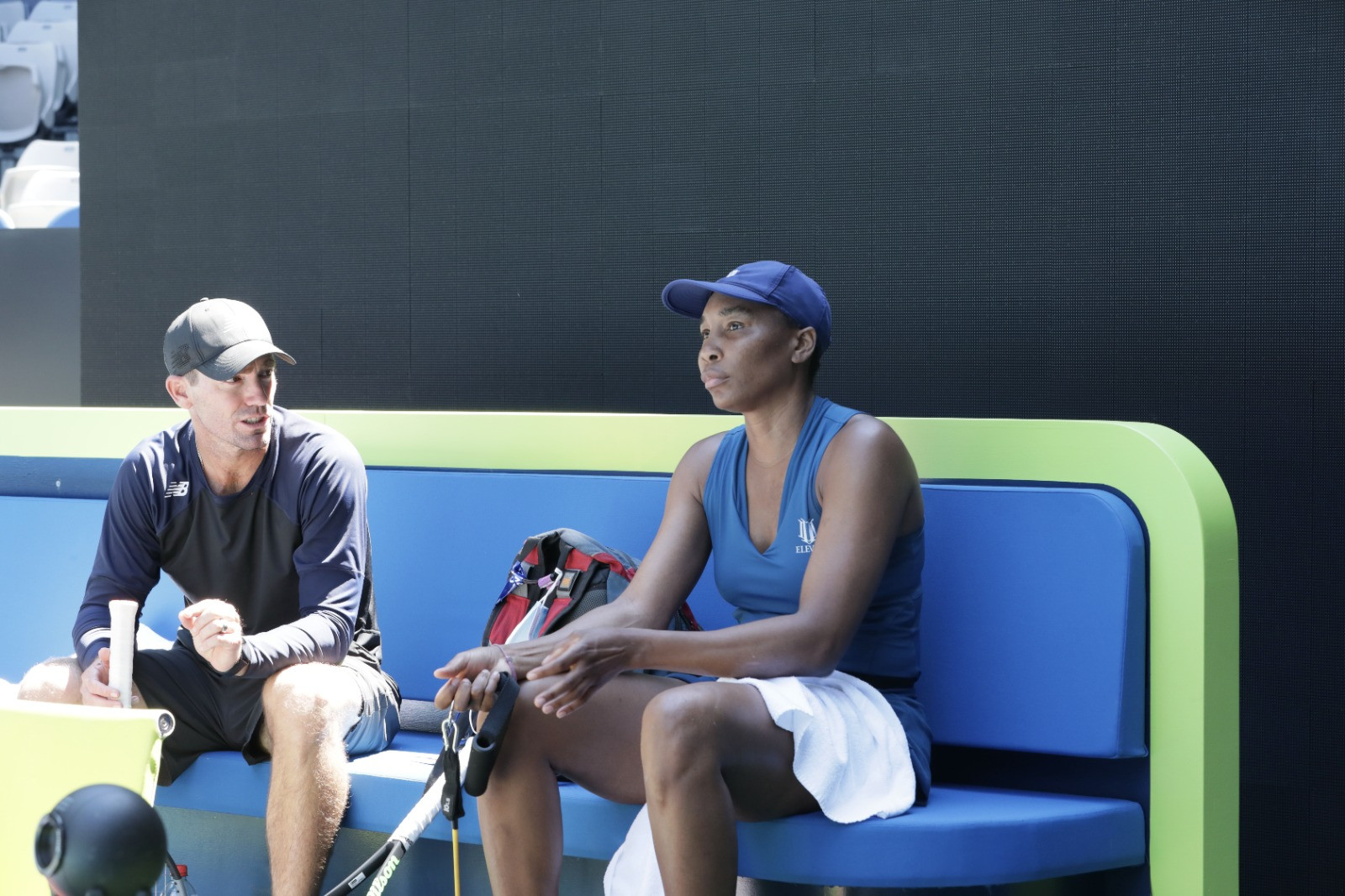 This does not mean that everything your coach tells you is gold! You need to be willing to learn and interact with your coach.  That personal vibe is especially important to a successful player-coach relationship.  Many practices we would start with Venus saying “What do you want to work on today?”  As a coach, hearing those words just gets me so excited to work and do my best job.

Now I want to backtrack to my first few years of coaching.  I was trying to gain clients, work, and earn a living.  Therefore, I had many coachable clients and many clients who were simply NOT coachable. I have had young kids who “wanted to be champions,” however their parents were so concerned about garnering more “points” and beating their “nemesis” that they were treating me as almost an assistant coach to them.

In the end, the child was simply putting bandages on the holes in their game instead of investing the time and effort to dig deep and fix them.  I had a lady that was a 3.5 player tell me “don’t change my technique, I just want to learn some strategy to win some doubles matches.”  In the end, the reason she was losing is that she had horrible technique!

Walk into the lesson, and say coach I want to be my best… What do you think I should do?  When questions are asked like that then you are coachable and now the onus is on your coach to help you achieve your goals. 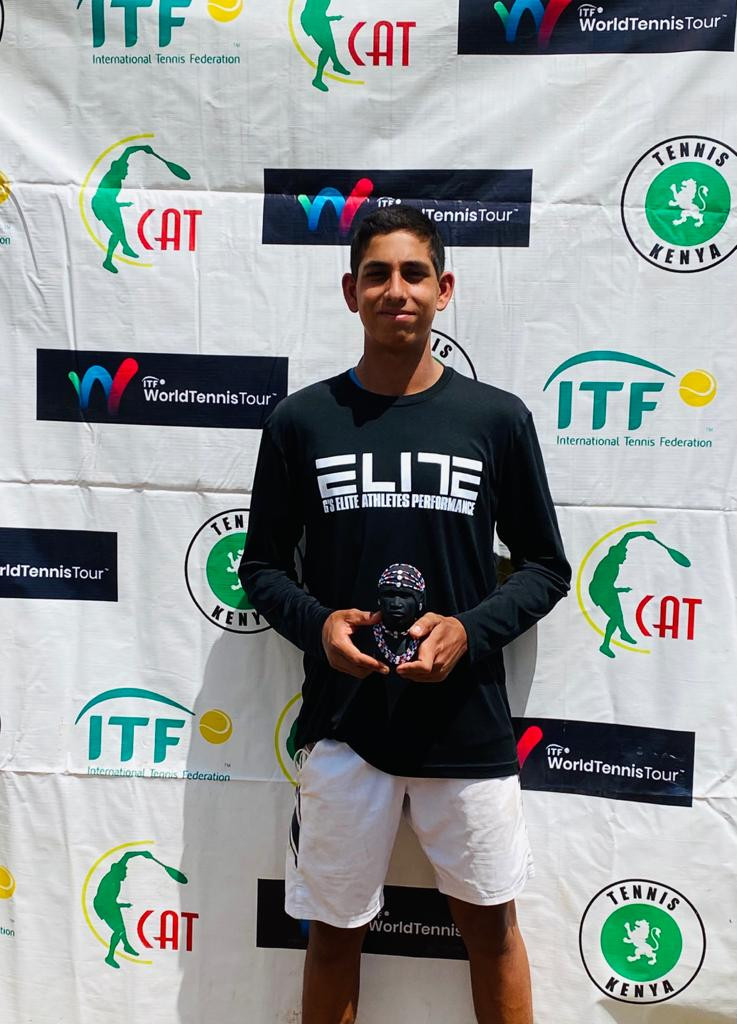 Next, in 2018 Yannik Rahman won a Level 3 National in B14s and Randy Wilson won a Level 2 National in B18s.  The kids that play at Royal Palm go to school like most other kids and play tennis after school, in today’s competitive junior tennis world about 80% of the players are homeschooled.  Therefore, for these boys winning National level tournaments is an enormous accomplishment.

When you put in about half the quantity as your competition then your quality and intensity need to be that much better and these boys have shown that.  To go through physically and mentally 5-6 singles matches and 3-4 doubles matches in the span of three days is extremely draining and takes a tremendous amount of will power.  Therefore, not only are these boys helping display to the nation that Royal Palm is a great place to train, but they are also showing the tenacity and character that they have no matter what arena of work they end up in.  These players exemplify how being coachable can help you become a champion.

Let us create some guidelines for adults before you talk with your coach. Goal setting is especially important. First, set some dream goals. For example, a 10-year-old can say they want to win Wimbledon one day.  Dream goals keep your spirits high and help players push their limits.  Next set some long-term goals.  A long-term goal could be something stroke-related like “having near perfect technique on a forehand in 1 year” Another long-term goal could be more result oriented like winning a specific title in a year’s time.  Short term goals are also important, they keep you in the moment and focused on the task at hand.

For example, a player could be working on consistency and look to improve the number of balls they can keep in a row by 5 more each day till they can make 100 in a row.  Also, a short-term goal could be something technical as focusing on a grip change each day. Goal setting with your coach creates a framework and game plan of things you are looking to achieve and that your coach will help you with.

Next, define the aspects that your coach will coach you on.  Tennis is made up of so many different components from Mental, Physical, Technical, and Tactical.  Many pros have a coach for each aspect separately and they all work as a team to accomplish their goals.  However, if you are a junior player or club player you might not have the resources or funds to have multiple coaches.  Therefore, listen to your coach as they address each aspect to make you a stronger player in every facet of the game.

Lastly, trust and enjoyment.  Tennis is a sport/art.  Therefore, the bond between player and coach needs to be fun, trusting, and the results will come.  However, there are times when a player for whatever reasons loses trust or enjoyment with the coach.  In these moments, the coach and player should have a talk to resolve issues or separate like any relationship so that it does not get toxic.  Healthy relationships build healthy lives and fuel the results.

We have gone through examples of players and I am sure you can evaluate your own personal coaching relationship and maybe add some of these tools to get the best out of the relationship. In sports and in life you are either improving or getting worse, there is no middle ground in my opinion.  Therefore, take the positive approach that you can always improve, always come back, and always have people around you to help you.  Be “coachable” on and off the court. Make every moment count and relish the hard-work and memories you create in accomplishing those goals.

Eric Hechtman   Hechtman, Director at Royal, Venus Williams coach and former hitting partner for some of the top players: Rafael Nadal, Roger Federer, and Serena Williams. [...]
Share This Story, Choose Your Platform!
Please sign in in order to rate the blog.