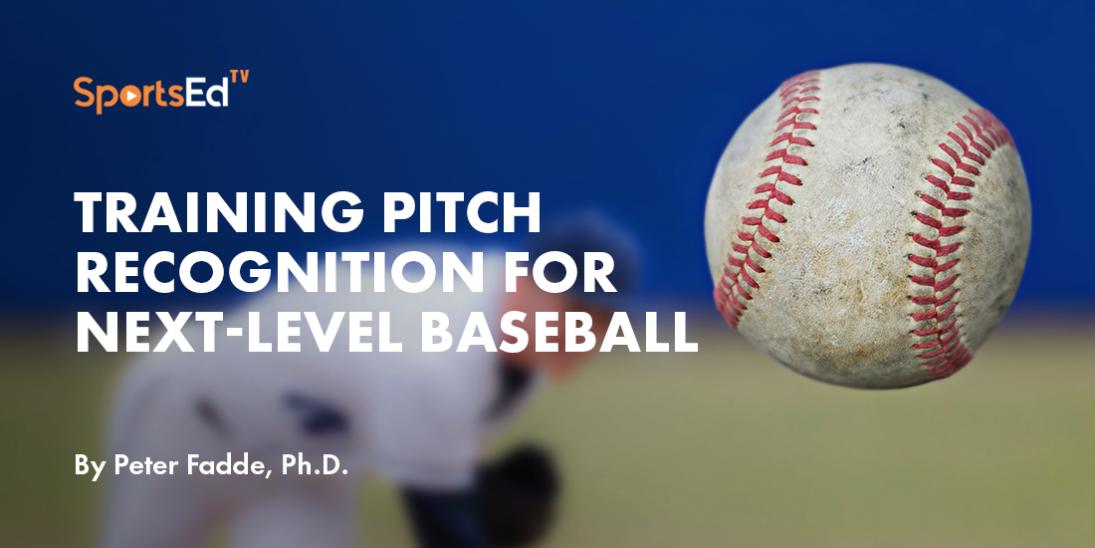 At high levels of baseball pitchers are not only adding speed to their pitches but also “designing” their breaking pitches to move in more extreme and unpredictable ways. The best way for hitters to combat pitch design and velocity is by recognizing pitches as early as possible. In a companion article, I described pitch recognition as hitters’ ability to read clues in a pitcher’s motion, release of the pitch, and the first third of ball flight in order to predict if, when, and where a pitch will enter the strike zone. Better pitch recognition leads to better swing decisions and better swing adjustments, resulting in higher On-Base Percentage and Slugging Percentage. This article looks at how to train pitch recognition.

All hitters that want to play in college or beyond should include pitch recognition in their training routines from as early as 12-13 years old and on through their highest levels, including major league baseball. As with strength and running speed, some people naturally have more pitch recognition skill than others but anybody can get better and thereby improve their hitting.

How to train pitch recognition? 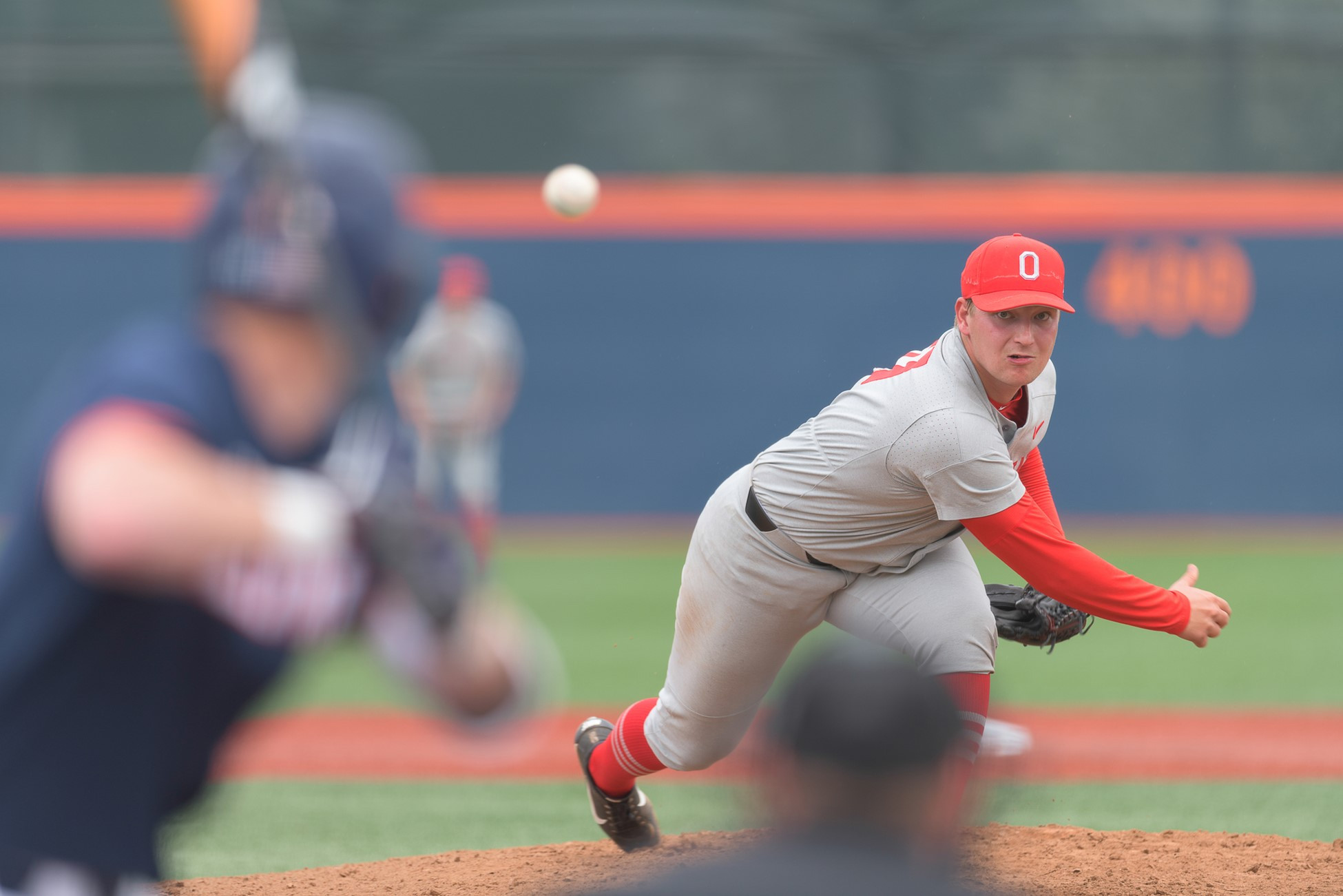 Hitting instructors and coaches have used technologies such as batting tees and pitching machines for decades, and many now add technologies* including bat sensors (such as Blast Motion), radar-based bat and ball flight analyzers (such as Rapsodo and HitTrax), virtual reality batting simulators (such as Win Reality) and video pitch-recognition apps (such as GameSense).

Some of these technologies are used in a training facility or team context, with guidance from a coach or instructor. Individual players also can use some of these technologies at home – especially the new technologies for training pitch recognition. Virtual reality has improved in technical quality and become much more affordable, although still requiring a VR headset. GameSense is played on a computer or smartphone and uses the video-occlusion method in which players see pitches, from a batter’s view, that are cut off to show more or less ball flight. Players guess the type of pitch and ball or strike. Both of these technologies have “coach in the box” guidance for at-home players.

How does pitch recognition fit in a training program for hitters?

One of the main ways that technologies can impact training is by “making the invisible visible.” Once a number is attached to an outcome, then instructors and players can make small changes in pitching or hitting movements in order to change the number. For example, facilities such as Driveline measure spin rate and other aspects of ball movement to design pitches. For pitch recognition, sports researchers invented the video-occlusion method to measure athletes’ ability to read early clues in the movement of an opponent. A serious hitting training program should include baseline testing of pitch recognition (Standardized Recognition Test) in addition to testing visual skills (such as Visual Edge), bat speed, hit ball exit velocity, and body movements using tools such as K-Vest.  Measuring multiple components of hitting reveals what need work and often these measurements show improvement in a component skill even before it shows up in game batting statistics.

Technology tools that hitters use on their own are most effective when they are integrated with batting cage and bullpen stand-in drills. Hitters should stand in any chance they get when a teammate or, even better, a next-level pitcher is throwing a bullpen. Hitters should always wear a helmet and should hold but not swing a bat.

Of course, bullpen stand is not new. Often, coaches send hitters to the pen to track pitches. But pitch recognition is not pitch tracking. Visually tracking pitches all the way to the catcher’s mitt is a natural action that doesn’t need specific training. On the other hand, pitch recognition that focuses on the pitcher’s motion, release point, and the first few feet of ball flight is not natural and requires specific training. You turn bullpen tracking into Bullpen Pitch Recognition drill by giving the hitter a goal, such as recognizing Fastballs. The hitter must call out loud “Yes” for Fastball and “No” for any other pitch before the ball hits the catcher’s mitt. When hitters are doing it correctly their eyes stay on the pitcher rather than following the ball to the catcher. 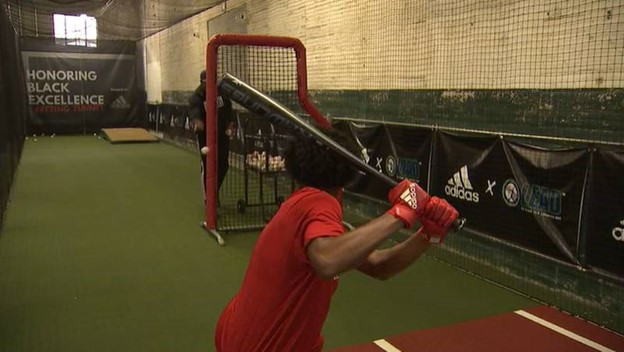 In the batting cage, instructors and coaches can add elements of pitch recognition to otherwise routine batting tee, toss, and pitching machine drills. For example, in a Two-Ball Side Toss drill the batter hits the higher ball (representing a Fastball) unless the coach calls, “Change” or “Split” or “Curve.” Then the hitter adjusts and hits the lower ball. In a front toss drill hitters typically hit every pitch. But if the coach calls out “Change” or “Split” or “Curve” then the hitter shuts down his swing, even though the pitch looks to be a strike – just like the chase pitches that hitters get in two-strike counts!

The side and front toss drills are more for impulse control than for true pitch recognition. There are two drills that do involve reading actual pitches. If a coach is able to throw a variety of pitches, then the coach can pick two pitches that often work off of each other, such as fastball and changeup. Some coaches have batters verbalize, “yes, yes, YES” and hit a fastball or “yes, yes, NO” and take the chase pitch. It is not necessary for the coach to execute pitches such as Curves, Sliders, and Splits but only needs to use an appropriate hand motion to release the pitch, such as palming a changeup.

Some coaches put colored dots on balls for front pitch or to put through a pitching machine. Again, the coach can name the pitches: Green is fastball (swing); blue is changeup or other chase pitch (take). Along with these standard batting cage drills, Net-Occlusion Drill adapts the video-occlusion method of cutting off pitches. A coach, parent, or teammate stands behind a net across the batting tunnel and throws pitches into the net. The batter hits off the tee if the “pitcher” throws a fastball and taking the pitch if the pitcher shows a different pitch release. While all of these drills start with a “swing at fastballs; take others” approach, the coach can change the goal at any point. It’s not a game simulation, so it’s fine to set a goal of hitting only Curveballs. The goal matters less than forcing the hitter to make a recognition and decision instead of automatically swinging at every pitch.

*Technology products mentioned in this article are not intended as endorsements but rather to give players, parents, coaches, and instructors examples of tools.

Dr. Peter Fadde   Peter J. Fadde, Ph.D., is professor and director of the Learning Design and Technology graduate program at Southern Illinois University. Before earning his Ph.D., Dr. Fadde [...]
Share This Story, Choose Your Platform!
Please sign in in order to rate the blog. 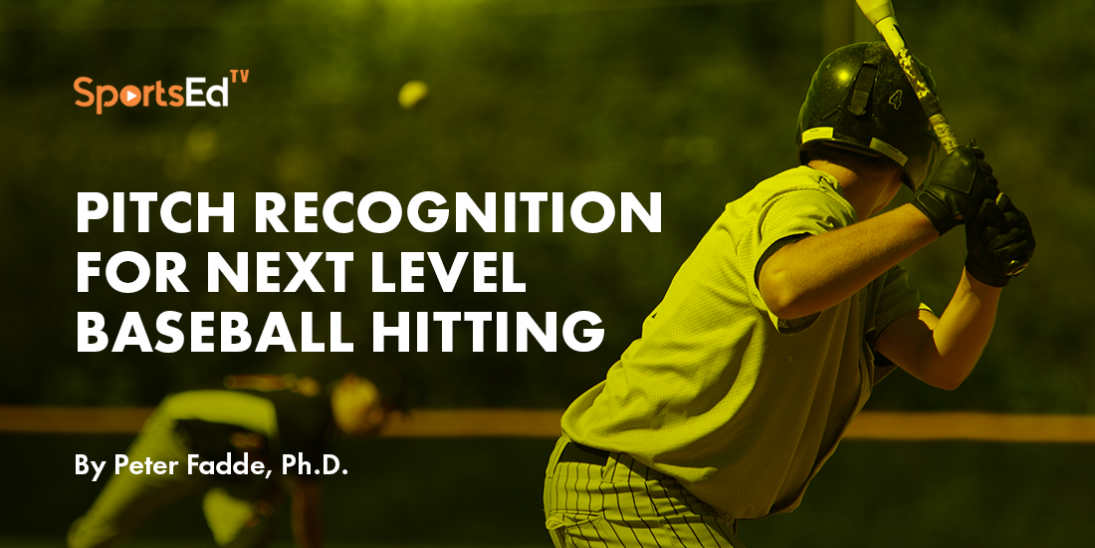 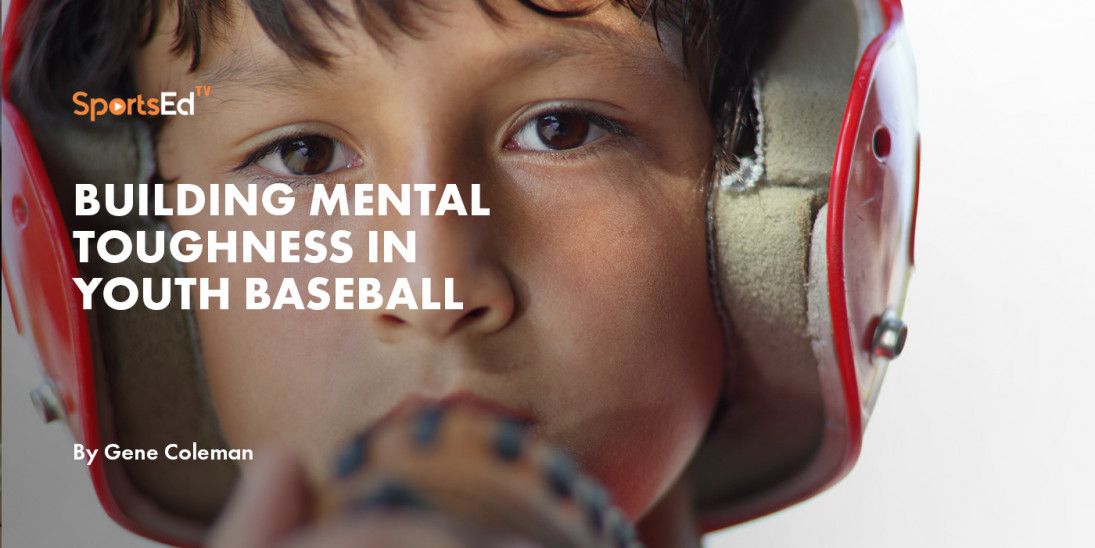 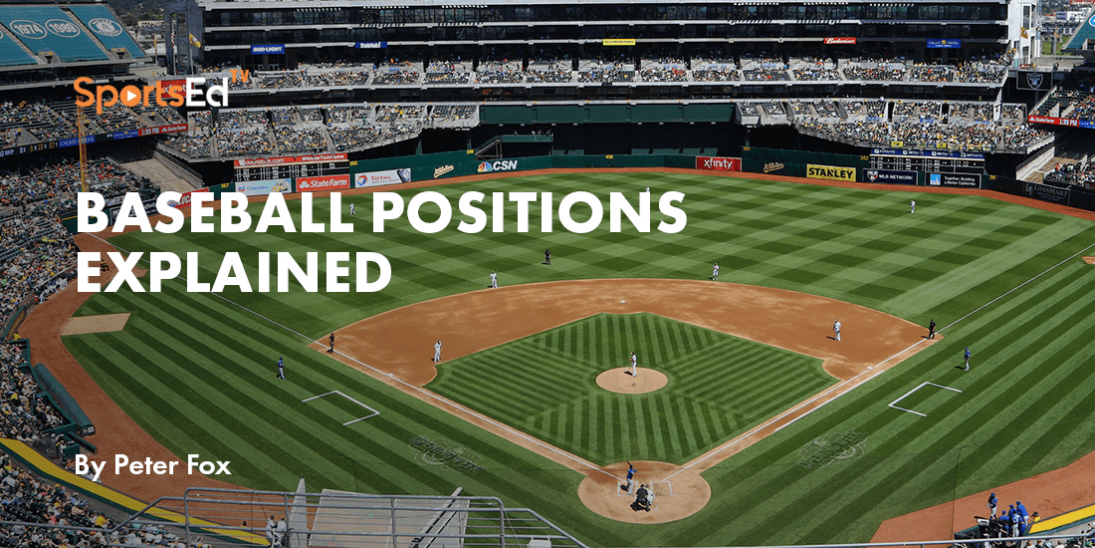 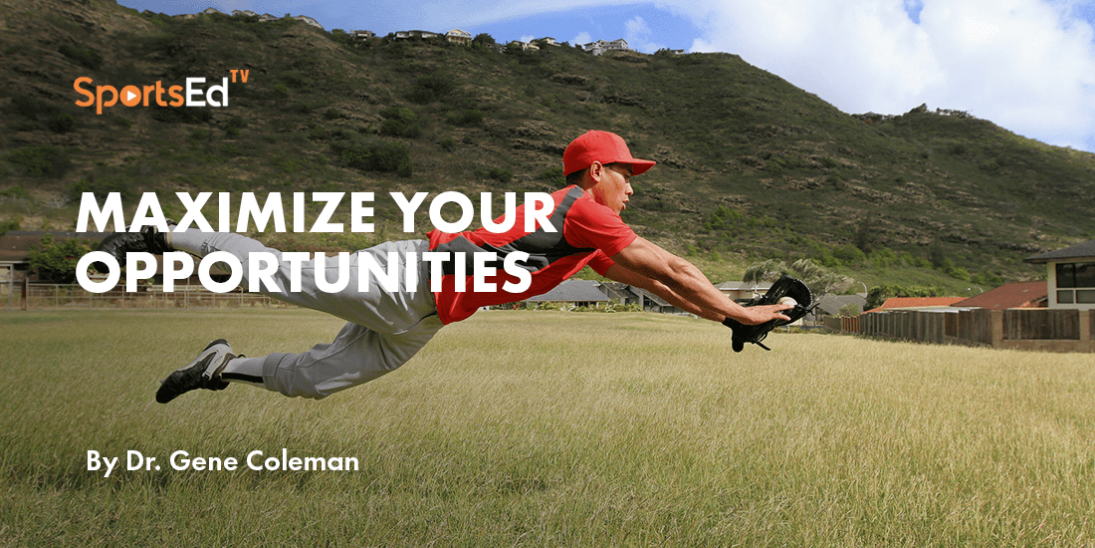 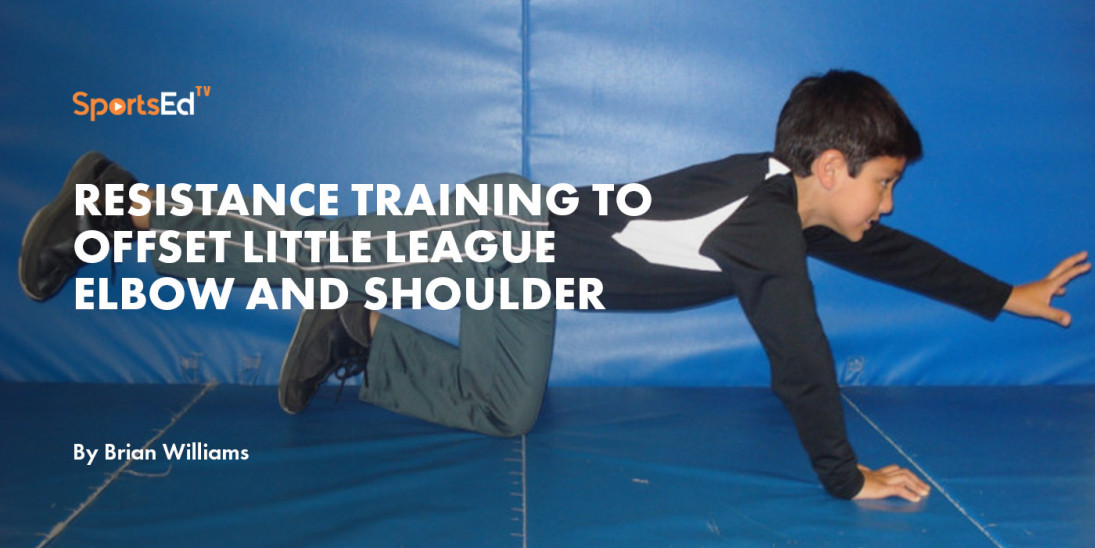