The Lessons of Playing Wimbledon: A Discussion With Tara Moore

SportsEdTV Co-Founder & Chairman, Robert Mazzucchelli, and Content Development & Marketing Manager, Sathi Reddy, recently sat down with British WTA tour professional, Tara Moore, to discuss her career and life on the WTA Tour. We especially wanted to know the lessons she has learned from playing at Wimbledon, tennis’s most prestigious big stage.

Tara reached a career-high singles ranking of world No. 145 on 8 May 2017. So far in her career, she has won nine singles and eleven doubles titles on the ITF Women's Circuit. Her career-high WTA doubles ranking is No. 151, reached on 2 May 2016. As a junior, she was coached by the American tennis coach, Nick Bollettieri. In September 2006, he referred to Moore as one of the best young players at the Nick Bollettieri Tennis Academy. Her current coach is Charles Homewood. Her favorite surface is grass, although most of her titles to date have come on hard court.

Here’s what Tara had to say:

SportsEdTV: What are the three general broad things you learned playing in Wimbledon that an average club player or junior could learn from that experience?

Tara: I think learning to play in front of a crowd is number one. You need to focus on what you are doing, one point at a time, and not dwell on the surroundings. It can be tough playing in front of family and friends and dealing with expectations they may have in those big moments. Understanding what helps and what doesn't help to best cope and perform at your best in those situations is crucial. The solutions are different for everyone, but playing at Wimbledon helped me deal with this challenge and has allowed me to play at my best in big situations.

SportsEdTV: How do you prepare for those moments? How much time do you spend by yourself and what do you do in that time?

Tara: Personally, I don't like spending much time before a match preparing for a match because that makes me more nervous. So, I spend fifteen minutes before my match doing some visualization, warming up my groundstrokes, and getting pumped up. That’s what works best for me.

SportsEdTV: How about your friends and family? Do you hang out with them or just let them do their thing while waiting to play your match?

Tara: I try and hang out with my coach and support team. Friends and family can be a distraction. I like to be on my own because that’s how it’s going to be in the match, so I like to try to get comfortable with myself.

SportsEdTV: What is the second lesson?

Tara: Practicing making things second nature on the court would be the second thing I’ve learned. Working on not overthinking things and being able to perform in the big moments with shots and tactics that are tried and true is vital to success.

Tara: Preparation of the things you can control, like equipment, water, food, changed grips, strung rackets, all the details you don’t need to concern yourself when the match starts. You should plan ahead so you can stay focused on the task at hand - playing one point at a time.

Tara: Trying to get your family members to watch your practice sessions and getting used to that helps manage expectations and reduce anxiety in the real moments. Simulating the environment can be a great tool also, like practicing in the stadium or in front of large crowds when possible.

SportsEdTV: Let’s discuss your second lesson, practicing making things second nature. What do you mean by that?

Tara: In practice, I try to find my favorite point for example, like serving wide and hitting the open court on the next ball. if I can find my "go-to” plays and practice them, visualize them in practice, I can execute them without thinking in a match.

SportsEdTV: OK, the third lesson - give us some detail.

Tara: Knowing you have the equipment you can trust, the electrolytes and nutrient replenishment gels, extra clothing, things like that - if you know you are prepared for anything, it is comforting when you are on the court.

SportsEdTV: How have your Wimbledon experiences helped your career?

Tara: I was very nervous in my first Wimbledon. Playing matches outside Wimbledon doesn't seem as daunting, they just feel like another match. But Wimbledon, it’s different. it’s tennis history. To succeed as a tennis professional, you need a long-term perspective — it's about using matches to prepare for the next stages of your career. There are tournaments every week that help you prepare for the big events, and the big events help you with the other events.

SportsEdTV: Was there one particular match at Wimbledon that you think has helped you more than others?

Tara: The close three-set matches where you lose while serving for the match are real heart breakers. Those have really prepared me for life since they are so painful at the time. But knowing you can get through it and still continue to play and keep trying, that it’s just part of the journey and not the end, that it’s just a loss and that you can keep preparing and come back next year, those are the learning moments.

SportsEdTV: Does it get easier with time? Do the nerves at Wimbledon subside after years of being there?

Tara: Wimbledon is the biggest tournament and I don't feel like I’ve gotten less nervous with time. I have gotten more comfortable being nervous, and that’s the key. You have to relish the feeling of being nervous, of accepting the adrenaline tennis gives you and use it in a positive learning experience. 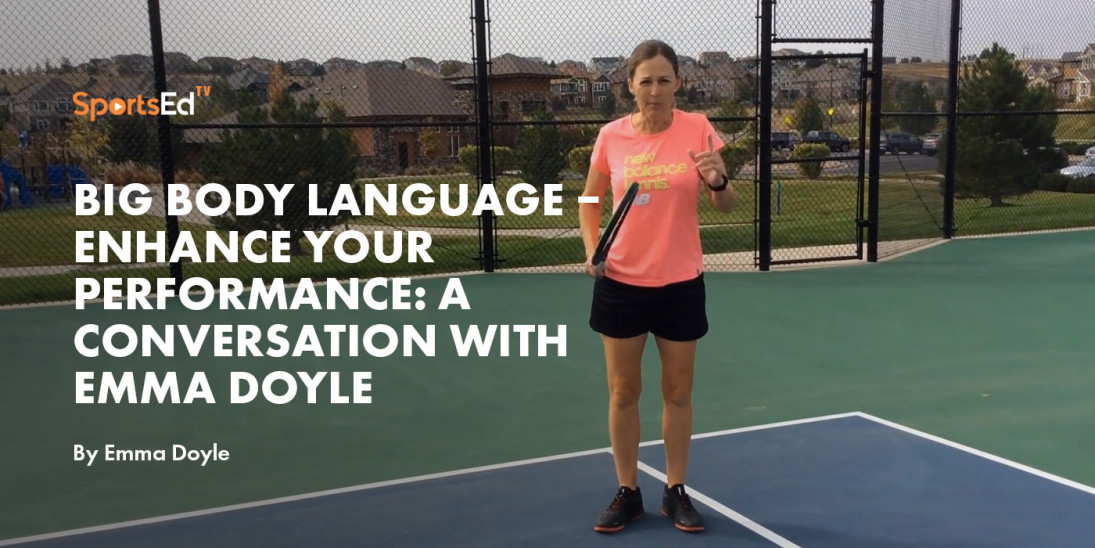 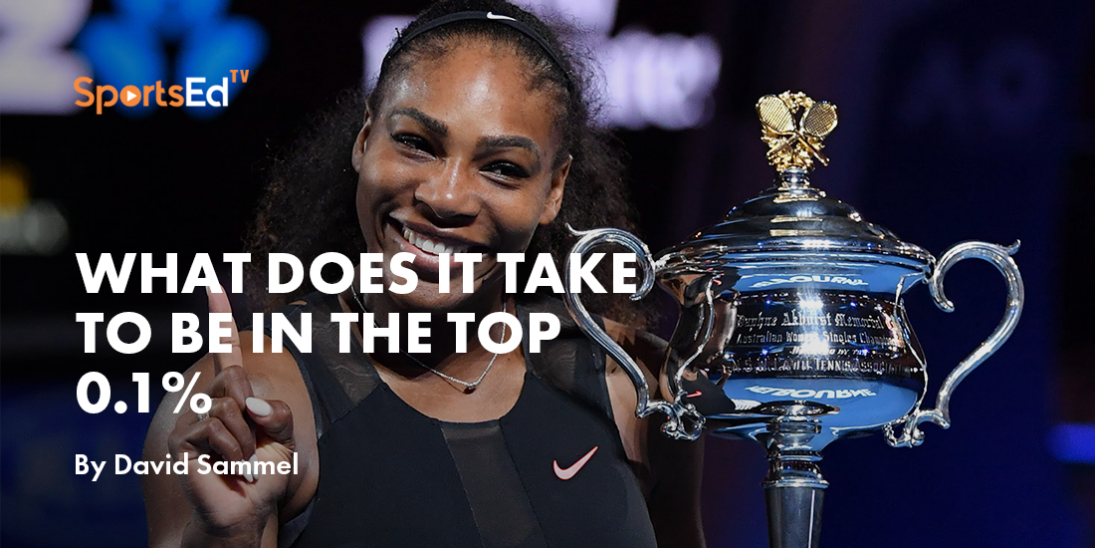 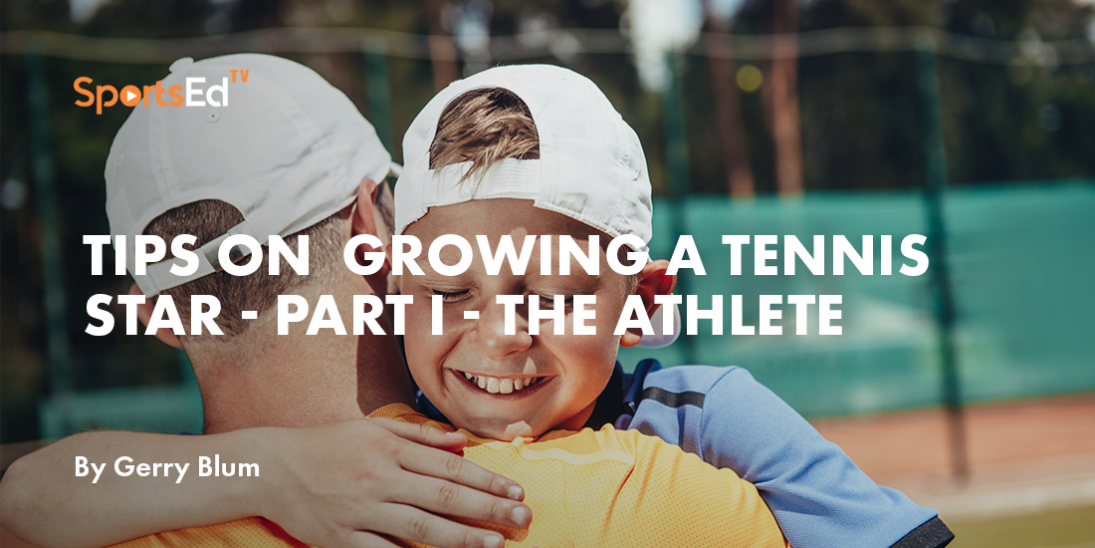