The Key To An Effective Basketball Warmup & Conditioning Program

Drafted in the 2nd round in the CBA and picked by the Pittsburgh Piranhas, Fox was a free agent of Denver Nuggets and Chicago Bulls and played in the European/International league in Italy, France, Spain, Cyprus, Israel, Switzerland, Venezuela, Taiwan, Dominican Republic, and Turkey.

Fox currently is a youth basketball trainer at Redline Athletics and joined SportsEdTV basketball to discuss the importance of and share his expertise on warmups and conditioning for basketball players of all ages and skill levels.

SportsEdTV: Yeah, exactly. So why don't you just give us a little bit of background about what you do?

Abdul Fox: Well, I've been fortunate enough to be a partner in a facility that really caters towards youth training as early as age eight, and some of collegiate athletes and even some pros come home during the offseason. But it’s just an opportunity one to give back, you know, share the basketball knowledge that's been, you know, given to me from coaches, from friends, from players. And it's just been a blessing to. And just to be around in the beginning and the laughter and the Tik Tok’s and all that stuff just keeps me very young.

SportsEdTV: Does the importance of warm ups and conditioning change with age?

Abdul Fox: The key component is myofascial release foam roller, to really get exposed to that early. When I was a collegiate athlete, the importance of it was one, preventative maintenance, and two, to get rid of inflammation, any soreness. So to me from eight to forty-five fifty, that should be one of your core things you do first before you actually warm up is myofascial release any really any soreness, any aches and pains. And then again, I wasn't exposed to what a dynamic warm up consists of. One to warm up your muscles and also any ligaments, your joints. And those two components are probably the first two things I always focus on, no matter what age I have now. Obviously, your younger kids, when you get into more explosive movements and quickness, it's going to change with just that athlete being to me more, I wouldn't say condition and just more explosive as they get older. I would say

SportsEdTV: How has fitness been implemented into the basketball strength and conditioning curriculum? What has changed since you were a player?

Abdul Fox: It's funny. I remember training you always thought of football players and, you know, basketball players. They want to lift weights. We were always told it would mess with your shot. And I think all those things have definitely changed. The implementation of yoga and just flexibility in athletes, I think has been heightened or been a sense of that's something that elongates your career. And I think just the point of training some joints. We wonder why we would twist our ankles and rolling our knees. I wasn't exposed to that when I came up. And now just seeing how you can really take that and mold the athlete to be the best they can is an ideal world.

SportsEdTV: How do you explain to your athletes how important warm ups and conditioning is?

Abdul Fox: Well, it's funny. The first thing they want to do is grab the ball. You haven't really warmed up your body. We haven't really done the thing that's going to allow you to perform at a high level. So it's just a constant conversation sometimes, you know, showing the videos or giving them first hand, I would say examples of the difference in how long they can runl and make them more explosive because it's a constant education. Sometimes they're a little hard headed and don't want to listen. And sometimes as a coach, you just have to sometimes be a little more aggressive and say, this is what I'm doing, and I am trying to help you and make you a better athlete. But to me, it's just a constant conversation and educating them on the importance. But that one who comes in, the first thing he does is we have the ball and goes full speed. No, no.

SportsEdTV: What are some of the most common injuries that you're seeing and athletes when they don't warm up properly?

Abdul Fox: Achilles can be a major one. ACL, twisted ankle can be one that's just a chronic issue, you don't really understand why. Maybe you overcompensate on the right side in balance. And when you speak this language, the kids are like deer in the headlights. Like, what do you mean? Like no one's ever explained that to a young athlete to walk into the house barefooted to create stability and things of that nature. it's unheard of for some of them to be told that.

SportsEdTV: If you were to prompt a coach to begin implementing a just even a small program into their daily practices or weekly practices, what are some of the key points that you would tell them to focus on?

Abdul Fox: You may laugh. The first thing I would implement to me would be yoga. No, I'm not lying. That's my mind and body strength to help these young athletes focus. From stillness, to understanding how strong the mind is to help you before games, to envisioning success. Had I got that early, I think I would excel. You think you put on some music, you bob your head and you're ready to play. You really perform. It's so much more, so to speak, to the heart. Just the stillness of the mind, the body understanding as to how it can help you become the best athlete, best person, I think would be the first to implement it. I don't even know if Mark would agree, but that would be my number one.

SportsEdTV: What's the mindset these kids should be having during warmups and conditioning? How are you teaching that?

Abdul Fox: Well, we are fortunate to have turf and sometimes I'll make it fun. But the speed and agility and the explosives change direction, it’s to help them understand that that translates to on the court. Sometimes they always think they have to have the ball in their hand for it to actually translate to what they're doing on the court. So the fact that I have turf, med balls, bands and the vertimax, it helps ease into it where it's a fun environment. Then try to educate them on cross training. I didn't really know about cross training. Everything was basketball.

SportsEdTV: Do the conditioning workouts vary when you have an 18 year old in the gym versus an eight year old?

Abdul Fox: I think one of the key ingredients now that I think some collegiate athletes are being exposed to is a heart rate interval training, To understand the difference between a robust threshold and anaerobic. So, you know, I wasn't exposed to that. I just was breathing hard. But now someone puts a different definition to it. Basketball is a stop and go. So just trying to educate them on that and help them experience the difference between a four minute run and then a one minute burst of energy, then pause and hit it again. Just try to give those components to them and help them see the difference and how it can all play into basketball.

SportsEdTV: It seems like there's a very scientific approach. How how responsive are the athletes to that?

Abdul Fox:  Yeah, I still think they always get that when you get on the baseline with that means. But it's something that's always needed. I tend to maybe try to do it in the middle of my workout and experience them shooting when they're tired and then always at the end try to end with a little more conditioning just to kind of understand that. That's how I used to feel like I should be working on these workouts. But at some point you always get on the baseline. This to me is one of the key ingredients coming up, I guess.

You always hear that defense wins games or the team with the best conditioning is going to really pull through in the fourth quarter. And maybe my coach was ahead of the game. We did all that conditioning in the pool. And so the fact that the water can help strengthen the muscles, prevent injury, and we look at him like he was crazy, but who knew that? That's something that, if you look at now, is a major play in an athlete's training, in the water. And I was blown away as I got older and understood his mindset and how important that was. So I think it's evolved and people are thinking outside the box and how they're training the athletes. But I always hated that five mile run.

SportsEdTV: Are there any other ways other than getting on the baseline that coaches today are getting that conditioning aspect or is it still low?

Abdul Fox: `I would say, you know, you nailed it. Functional movement, isometric single leg bounding hops, blocks, jumps, works. I think all those are the key ingredients.

SportsEdTV: Is there a certain level of intensity that you have with different age groups?

Abdul Fox: It's funny, it takes me a week to figure out when to speak and understand the level of effort they are giving me at a top notch facility like this. So learning to half lead, I think, is that we have to make as being older. I don't think it's our way or the highway. I just learned this generation and figure out what buttons to push to help them understand. I've got to figure out how to get the best out of you.

Abdul Fox   Abdul Fox, voted by Dick Vitale as one of America’s top small forwards collegiate careers included NIT and NCAA tournament appearances for the University of Rhode Island.
Share This Story, Choose Your Platform!
Please sign in in order to rate the blog. 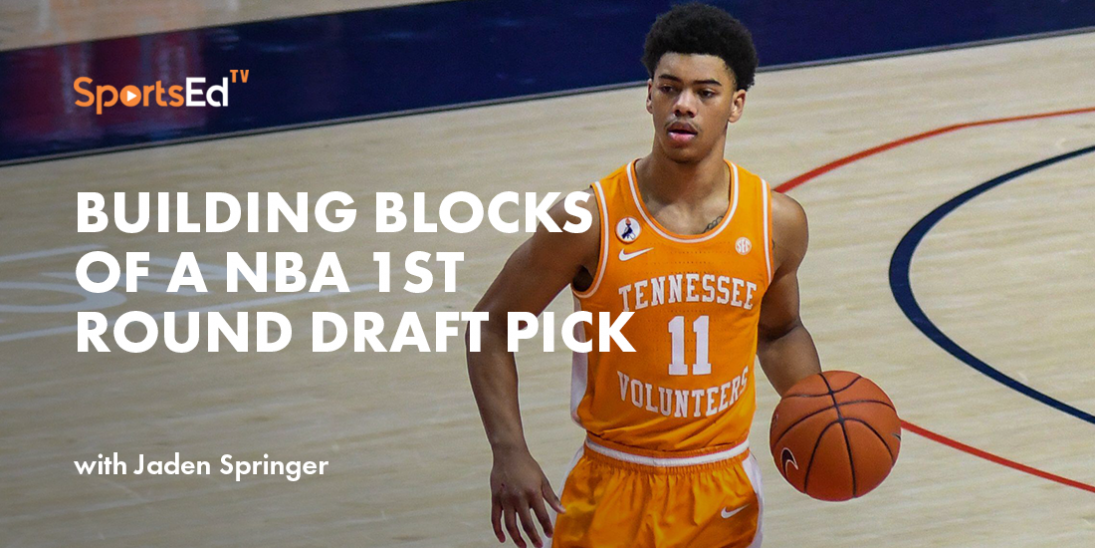 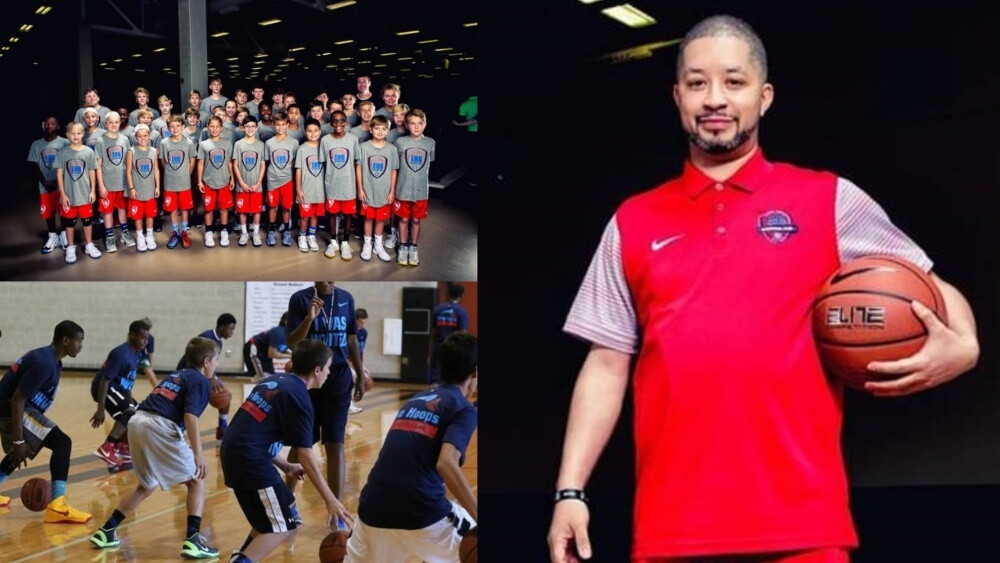 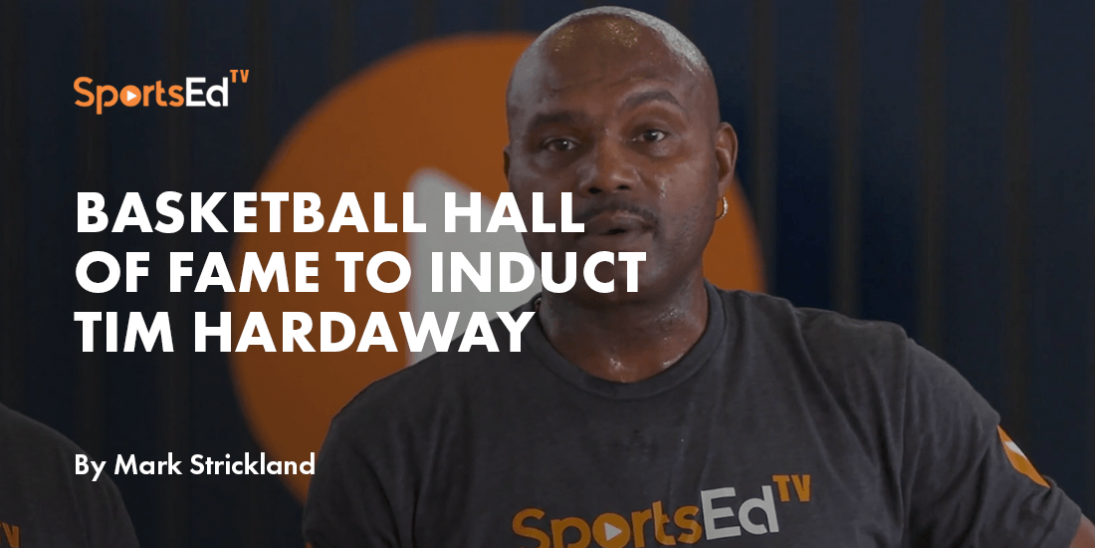 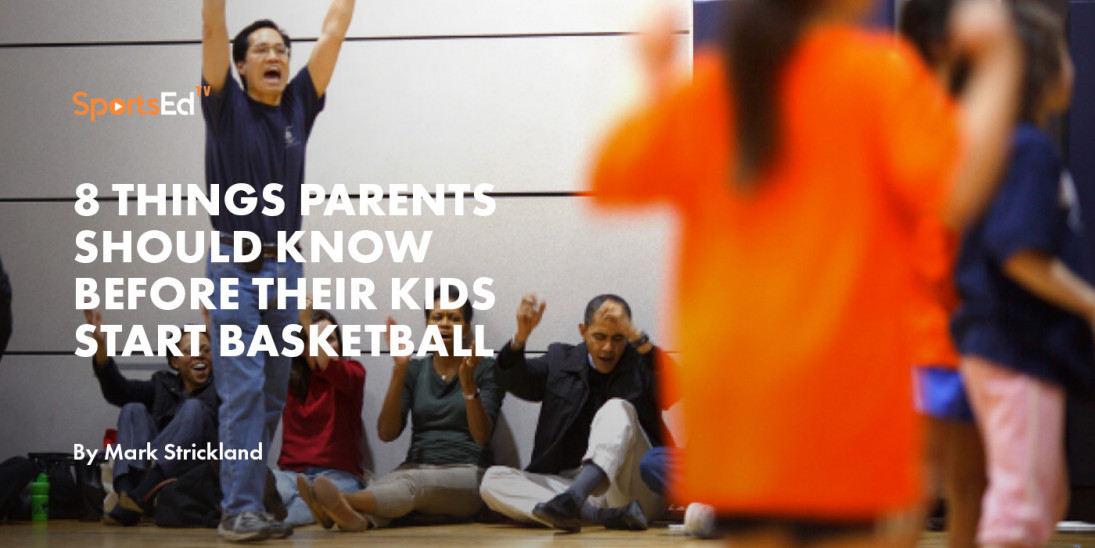