In the previous article, we began to discuss some specific exercises you could include into your training routine that would add with preventing lateral epicondylitis.  Specifically, we talked about some concentric and eccentric training that could be done for both the wrist flexors and extensors which will aid in preventing this common cause of lateral elbow pain.  As we spoke about in our first blog on this topic, early detection and intervention is key.   When combined with the prevention exercises described last week, this will aid in mitigating risk for this problem significantly.

This week, we are going to talk about a few facts that most don’t think about when they think about lateral elbow pain.  Numerous studies, specifically in overhead athletes (baseball players, volleyball players, lacrosse, etc), have shown that if you have weakness in the hips and core that this will result in a greater stress to the shoulder and elbow in overhead activities.  Improved core weakness not only improves performance (Chaudhari et al J Strength Con Res 2011) in major league baseball pitchers (strikes and decreased walks) but also reduces shoulder and elbow injuries (Chaudhari et al Am J Sports med 2014).  In addition, hip weakness has been shown to be associated with both shoulder and elbow injuries in MLB pitchers (Mayberry et al Am J Sport Med 2020, Deal et al Am J Sport Med 2020).  If you think about why behind this, it makes a lot of sense.

The hips, in a lot of sports, are the major power generating source for powerful swings and throws.  When this force is generated in the hips, then there is a transfer of this force across the core to the shoulder, elbow and hand.  When the core is strong, the kinetic energy that is loss is minimal which results in a much stronger throw and swing.  If there is weakness in the core, then there is a significant loss of the kinetic energy as it transfers across a weak and sloppy core.  If there is weakness in the hips and the force that is generated is low this will impact the power of the swings and throws.  In both of these scenarios, many athletes will try to make up for this lack of power by swinging and throwing harder.  In these cases where this is done, there is much greater force that is imparted to both the shoulder and elbow which leads to greater risk for injury.

Strengthening of the hips and core is essential.  As previously described in our ACL blog, doing planks and side planks should be something you consider adding as a part of your routine.  These should be done with the form that we described previously and should be held for 60 seconds at a bout.  In addition to those, one should consider any exercise that pushes the strength and endurance of the gluteus medius.  This muscle is particularly important in single limb stability and in creating momentum and force along with the quadriceps and hamstrings.  My personal two favorites for training the gluteus medius are side stepping with a theraband and single leg squats or lunges with a CLX band. 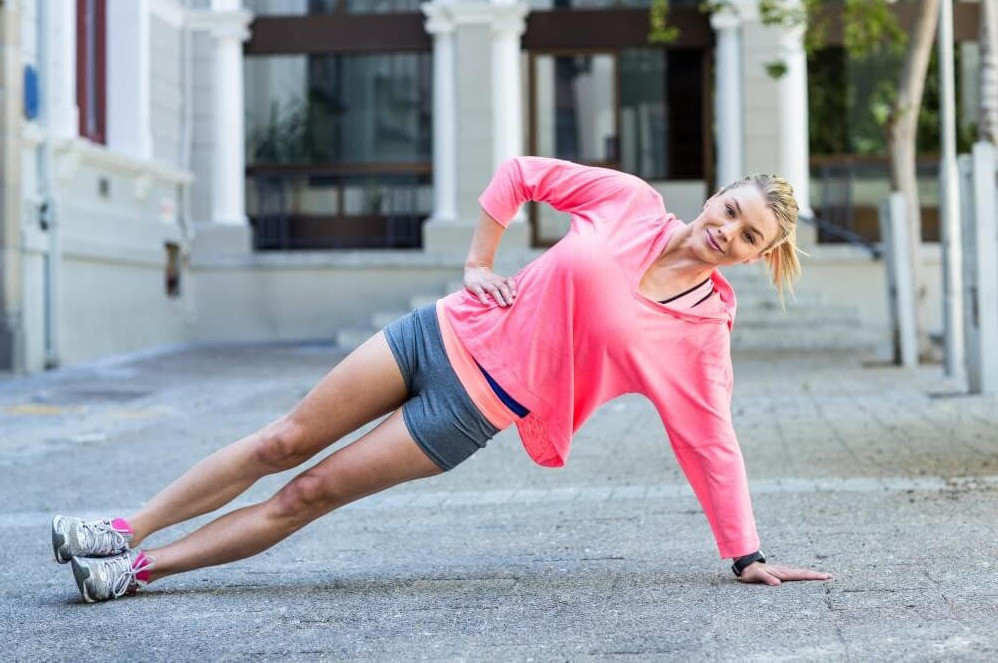 Side stepping with a theraband – with a band around the ankles, get into a partial squat position with your feet pointing straight ahead.  Step out to the right with your right foot while making sure your toes remain pointing ahead.  One right foot is planted, bring your left foot toward your right in a controlled fashion while making sure your toes are pointing straight ahead.  Repeat this process till you have taken 10-15 steps to the right.  Stop and immediately repeat that same sequence to the left.  Make sure to keep in a partial squatting position the whole time.  Repeat this for 3-4 sets.

Single leg squat with CLX – In this exercise you will use a CLX band (a theraband product) or similar band to wrap the leg as indicated in this video.  This spiral technique pulls the leg into an adducted and internally rotated position that it must then resist.  By doing this, it increases the activation of the gluteus medius during the exercise.  Once the limb is strapped in this fashion, step back in a diagonal fashion with the opposite leg while performing a single leg squat on the wrapped leg.  Perform 15-20 reps on the right side and then repeat the wrap and technique on the opposite side.

With the core exercises and the hip exercises, these are higher endurance muscles.  Knowing this, you will see I usually recommend higher reps versus your typical 8-10 reps.  I hope you find this useful and some valuable information that you can use with your athletes to help them prevent lateral epicondylitis.  Stay Tuned for the next article as we start to look at blood flow restriction training!

Lateral Epicondylitis (aka Tennis Elbow): What is it & Can it Be Prevented?

Trent Nessler   Dr. Nessler is a practicing physical therapist with over 23 years sports medicine clinical experience. [...]
Share This Story, Choose Your Platform!
Please sign in in order to rate the blog. 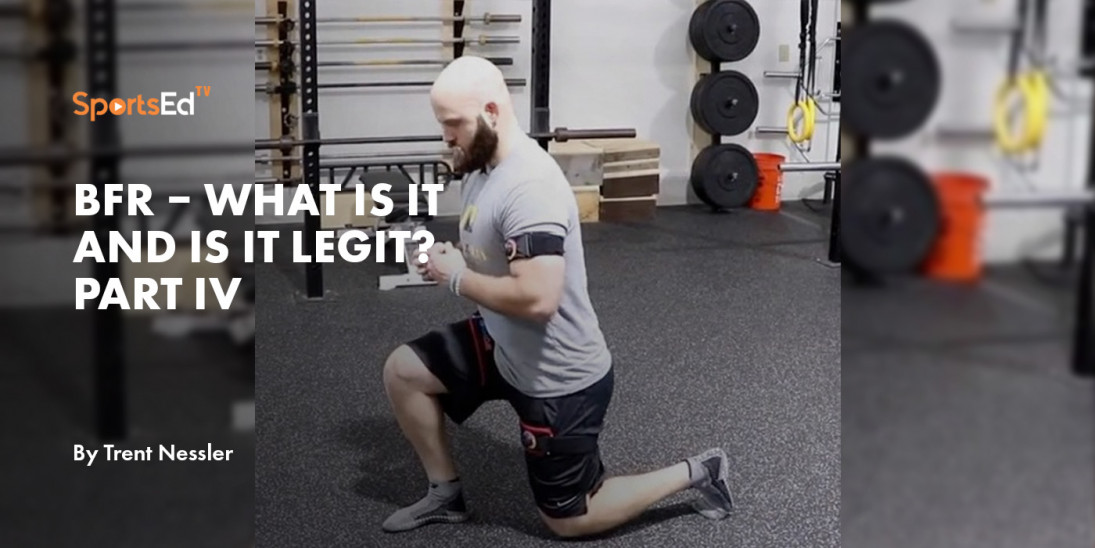 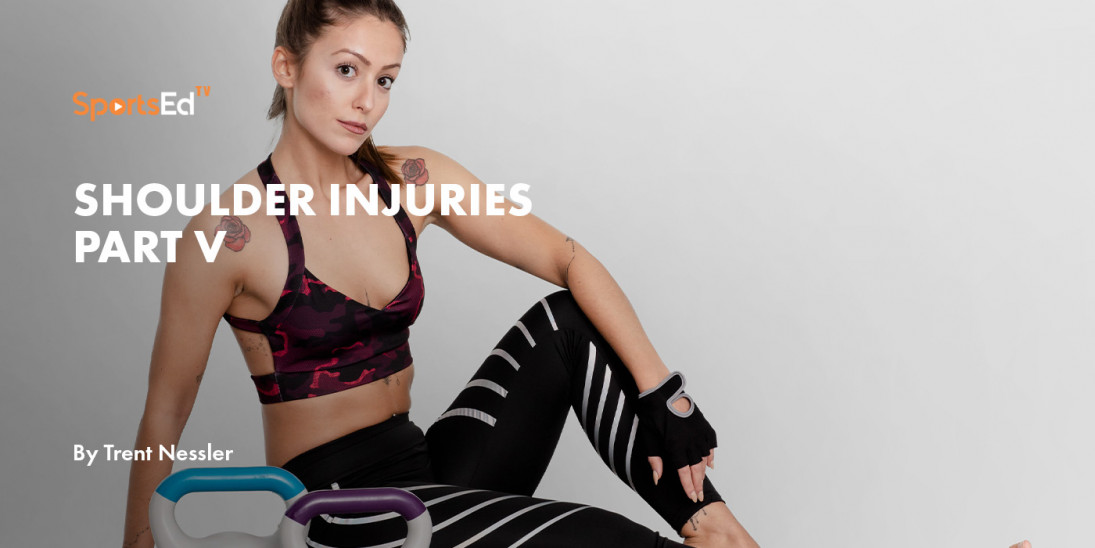 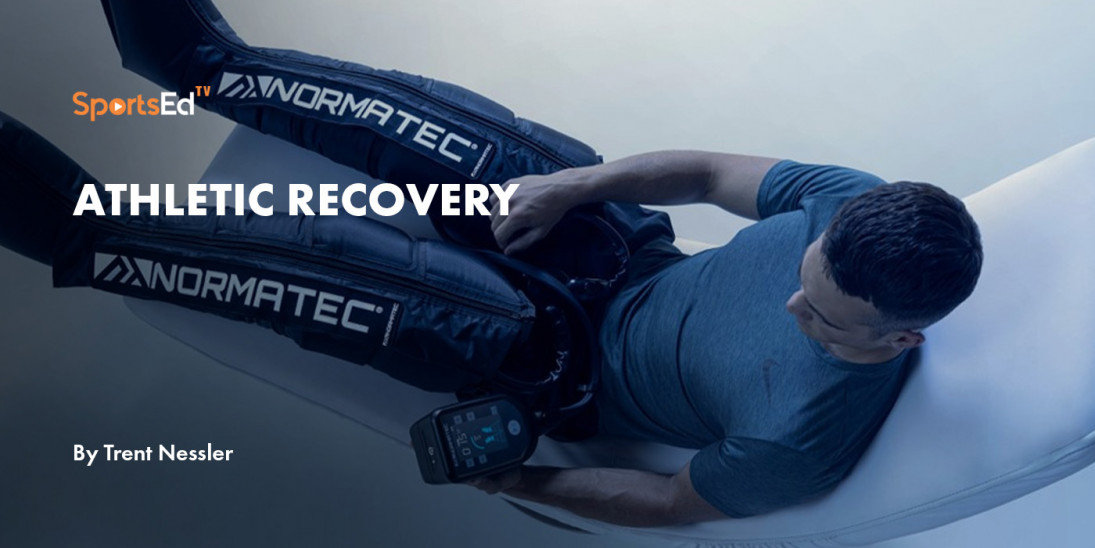