How to Turn Back the Clock on Aging 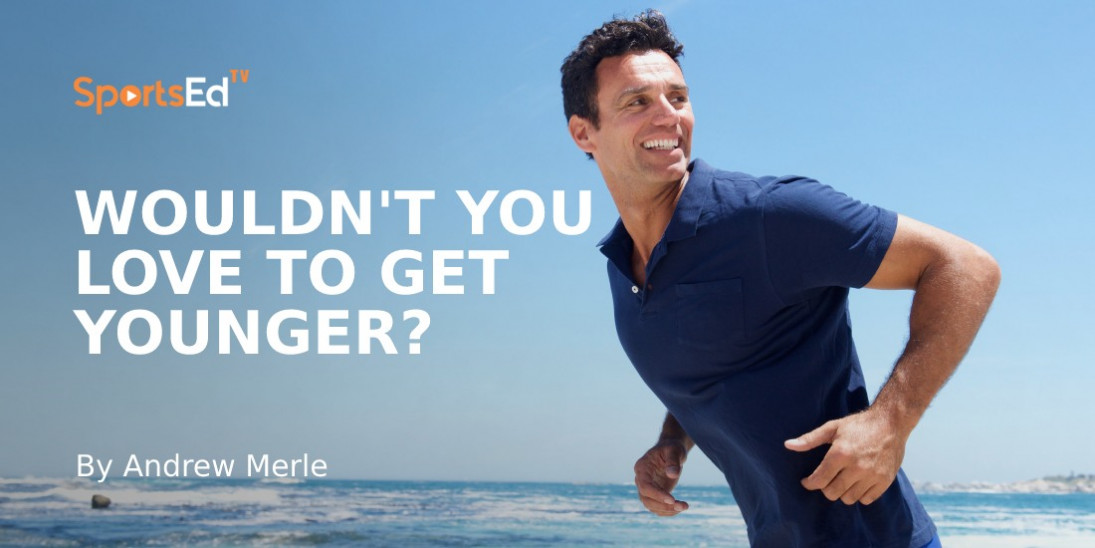 For the first time ever, a randomized, controlled clinical trial has demonstrated the ability to reverse biological age

People have been searching for the fountain of youth throughout history.

Now we have scientific data that shows you can turn back the clock on aging.

For the first time, a randomized, controlled clinical trial has demonstrated the reversal of biological age. This trial also marks the first time a diet and lifestyle intervention has been proven to reduce biologic aging.

In just 8 short weeks, those in the ‘treatment’ group (18 people) of the study tested an average of 1.96 years younger, according to the Horvath DNA methylation age and epigenetic clock.

We now have scientific ‘clocks’ that measure markers of age with remarkable accuracy and the best of these is the Horvath DNAmAge clock. The Horvath clock is a multi-tissue predictor of age that estimates the DNA methylation age of most tissues and cell types.

Getting nearly 2 years younger after just 8 weeks is pretty impressive. But how about the control group of 20 people who didn’t undergo any diet or lifestyle changes? They got an average of 1.27 years older at the end of the study compared to the beginning.

So that means the people in the treatment group were actually 3.23 years younger than the participants in the control group after just 8 weeks.

Participants in the treatment group also had significant improvements in triglycerides, cholesterol levels, and serum methyl folate. Their mood improved as well.

It is important to keep in mind that this trial had a relatively small sample size, and the published report is still in preprint (not yet peer reviewed). But the results are striking, nonetheless.

What exactly was this magical intervention?

Of the 4 components, the diet prescription was the most complex.

Specifically, the dietary intervention was heavily plant-based, calling for a whopping daily dose of 2 cups dark leafy greens, 2 cups cruciferous vegetables, 3 additional cups of colorful vegetables, 1–2 medium beets, ¼ cup each of pumpkin seeds and sunflower seeds, and 2 servings of low glycemic fruits. On top of that, the plan prescribed 1+ daily servings of ‘methylation adaptogens’ — things like berries, rosemary, turmeric, garlic, and green and oolong tea (more on this later). 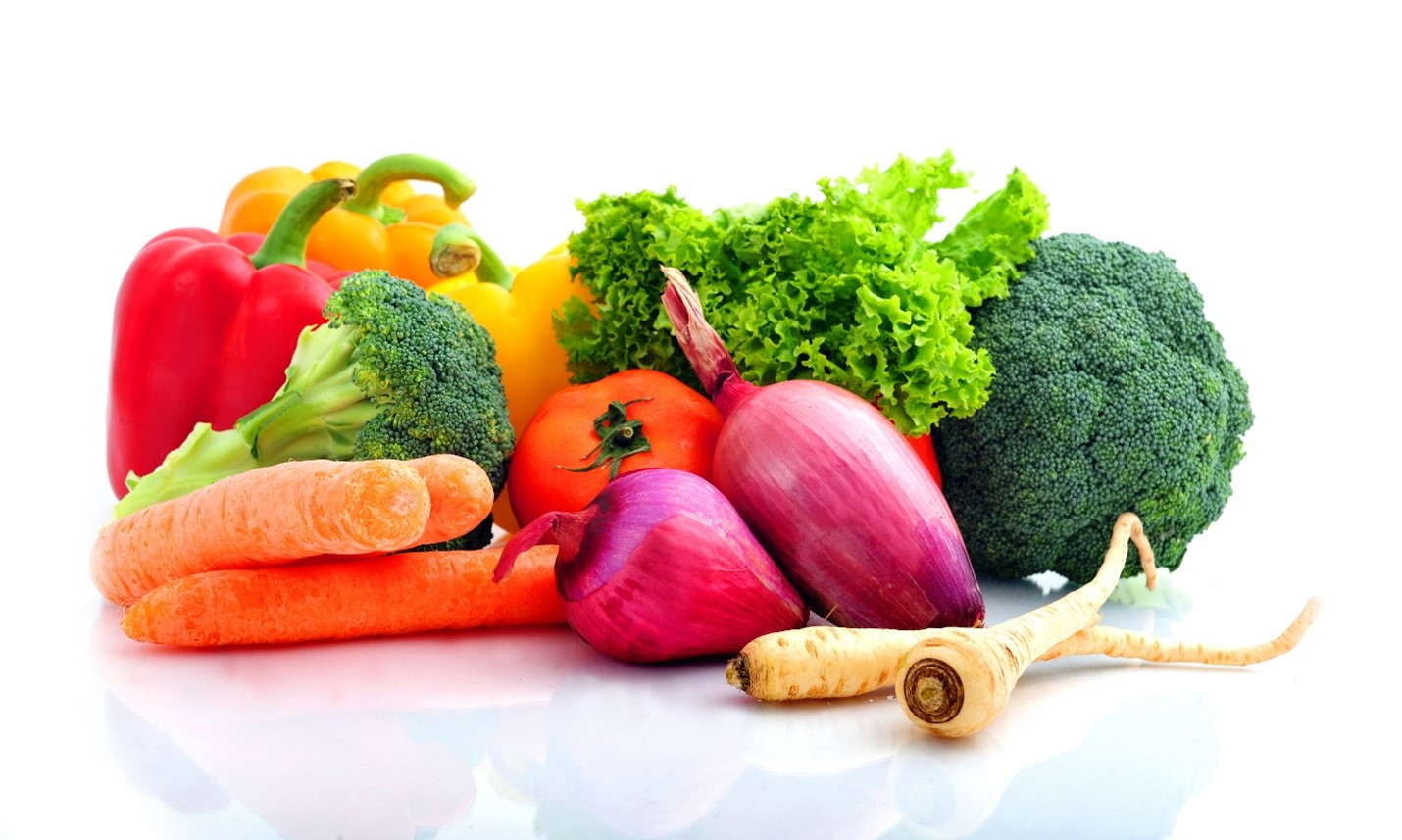 The eating plan also included some nutrient-dense animal products, including 6 ounces daily of grass-fed pastured animal protein and a weekly total of 3 servings of liver and 5–10 eggs. Participants were told to include ‘healthy’ fats such as coconut oil, olive oil, flaxseed oil, and pumpkin seed oil. And they supplemented daily with a probiotic and a greens powder.

The diet protocol was notably low carb and restricted all grains, legumes/beans, dairy, and added sugar. Additionally, participants in the treatment group practiced time-restricted eating, avoiding all food daily between 7pm — 7am.

The rest of the lifestyle regimen was much easier to digest!

The exercise prescription called for at least 30 minutes of exercise per day, at least 5 days per week, at an intensity of 60–80% of maximum perceived exertion.

The sleep prescription was to simply average a minimum of 7 hours of sleep per night.

And the stress management prescription was to practice the breathing exercise Steps to Elicit the Relaxation Response developed by Herbert Benson MD, done twice daily for 20 minutes per session.

There you have it — if you want to age backwards, simply follow the above plan to a T.

But I wanted to dig deeper.

I spoke last year with the lead author on the study, Dr. Kara Fitzgerald, who is a Functional Medicine physician and Clinic Director with a private practice based in Sandy Hook, Connecticut.

Dr. Fitzgerald focuses much of her work on methylation, a process that happens in every cell in our body. We rely on methylation for many important bodily functions, including cell division and renewal, healthy immune cells, neurotransmitter production, detoxification, metabolism, regulating how our genes get expressed, and more.

Healthy methylation is one of the ways our body makes sure the right genes are turned on, and the ones we don’t want to get turned off. On the flip side, poor methylation has been linked to a range of diseases, from heart disease to Alzheimer’s to cancer. That’s why methylation status — as measured by the Horvath clock — is such a good predictor of health and a person’s true biological age. 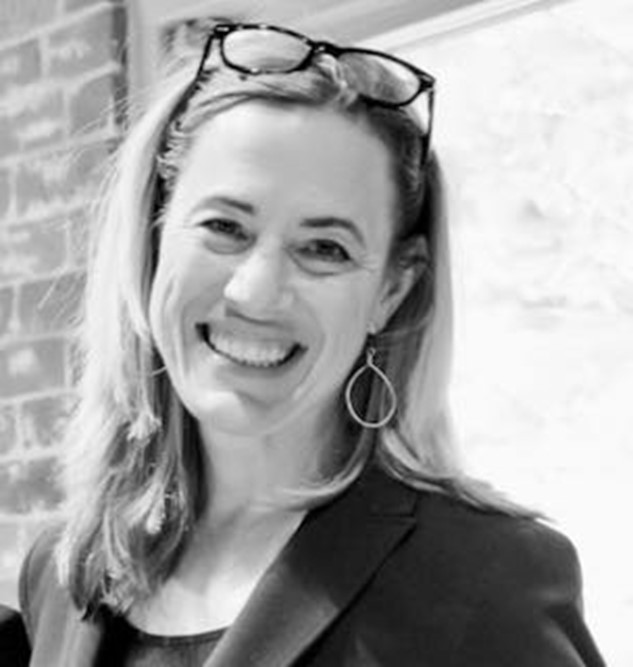 The first question I had for Dr. Fitzgerald was whether any of the lifestyle interventions play a larger role than others or if they need to work synergistically. The clinical trial showed the efficacy of the interventions in combination but did not report on the specific role of diet vs. exercise vs. sleep vs. stress.

“We can’t really tease it out, but what I see affecting the most change — probably our most powerful leverage area — is diet,” Dr. Fitzgerald told me. “I’ve seen that in clinic practice for my entire career. Putting people on the appropriate metabolic therapeutic dietary intervention can just move mountains.”

However, she was quick to point out that the Horvath clock is strongly influenced by the glucocorticoid system and stress, indicating that stress management could be a close 2nd to diet.

“We could go through each of our interventions and make really good arguments for them,” said Dr. Fitzgerald. She told me that each of the interventions have independently been demonstrated to alter DNA methylation in a favorable way.

They are all tried and true, and while diet is likely doing the heaviest lifting, the relative importance of each intervention depends on the individual and what that person needs most.

If diet arguably plays the biggest role in aging and healthy methylation, I wanted to dig in more on the specific eating protocol used in the study.

In particular, with so much controversy surrounding eating animal products, I wanted to understand why liver, eggs, and other animal protein was specifically prescribed.

She said liver is actually considered a methylation superfood, loaded with methyl donor nutrients like methionine, vitamin B12, and a range of minerals. You don’t need to eat a lot of it to get the benefits — the dietary plan included only 3 servings of liver per week (each serving is only 3 ounces).

A small number of eggs (5–10 total per week) is also important for methylation. This is because eggs are rich in phosphatidylcholine which ultimately breaks down into methyl donors.

But Dr. Fitzgerald noted that the diet is centered primarily around plants. It is hard to argue with that since the daily plan calls for a dizzying array of vegetables.

Overall, the diet is low in protein, an eating pattern consistent among the world’s longest-lived people. But unlike the centenarians in the Blue Zones — who eat a diet rich in carbs, beans, and whole grains — Dr. Fitzgerald’s intensive protocol restricts those very foods.

Of course, there are other factors that can explain the incredible longevity in the Blue Zones — for example, they are known to be very physically active, lead low stress lives, cultivate deep family and community ties, and have a strong sense of purpose.

It could also be what they are not eating, namely a lot of sugar and saturated fat. While there are differences between the Blue Zones diet and the one Dr. Fitzgerald recommends, they both avoid added sugar, unhealthy fats, and processed food.

“A high-sugar, saturated-fat diet is the most toxic,” Dr. Fitzgerald told me. “That’s the macronutrient combination that ushers in death pretty quickly.”

It turns out there can be multiple healthy eating patterns, but the Standard American Diet is the one clear way not to do it.

Dr. Fitzgerald’s recommendations optimize for healthy, balanced DNA methylation. I was especially intrigued by her inclusion of ‘methylation adaptogens’ — the superfoods for methylation. 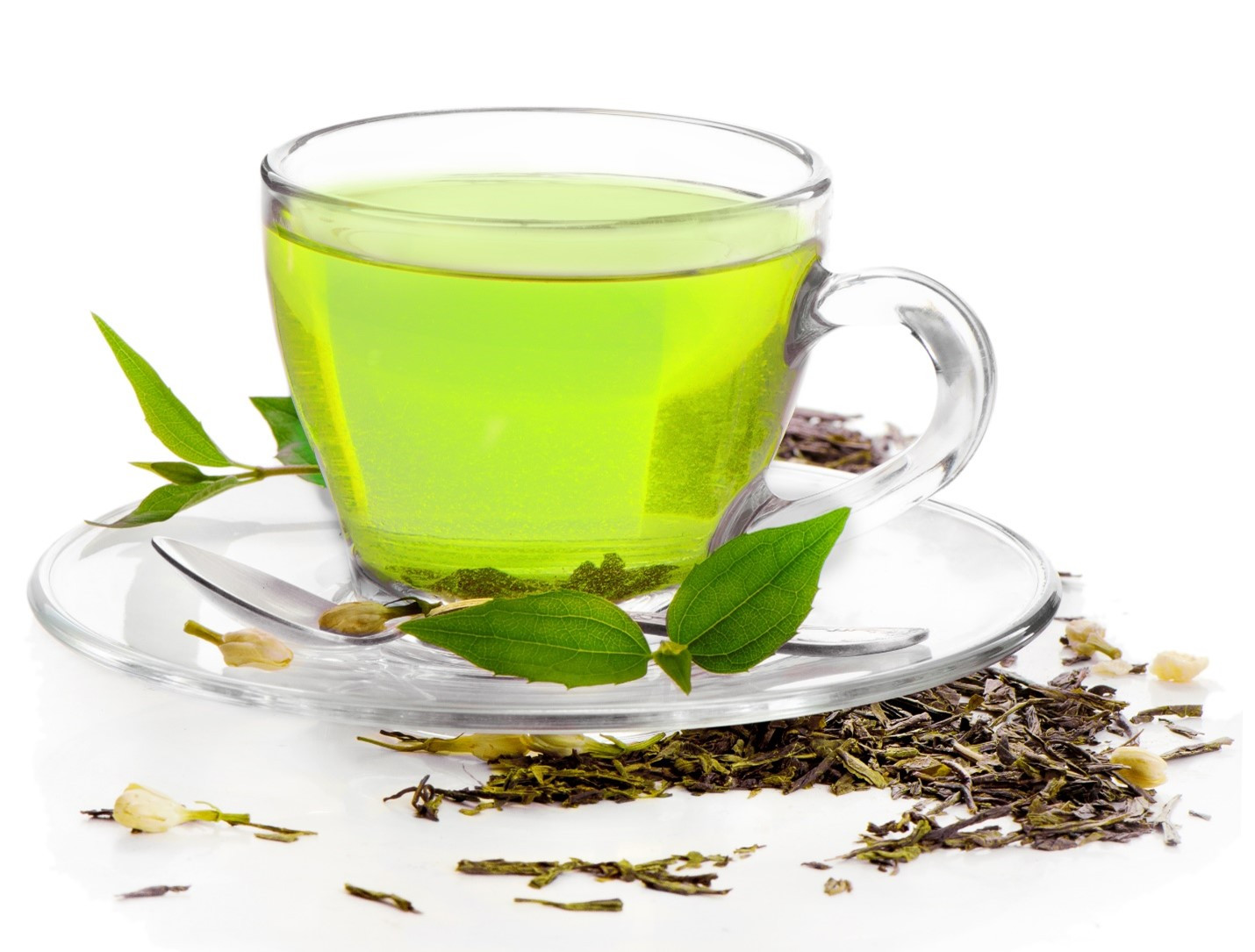 It turns out that flavonoids with long traditional use histories — for example, curcumin, green tea, and the polyphenols in blueberries — help selectively direct methylation in a beneficial way. Dr. Fitzgerald said these time-honored flavonoids seem to be major epigenetic regulators.

When asked about the most powerful methylation adaptogens we should be consuming on a daily basis, Dr. Fitzgerald rattled off a short list, “Quercetin, resveratrol, green tea, curcumin.”

She takes all of those (except for quercetin) daily, ideally as food but as supplements as well. She also cited lesser-known luteolin and genistein as hotshot methylation adaptogens.

In terms of Dr. Fitzgerald’s personal eating habits, she eats a dense green salad every day topped with rosemary (another standout methylation adaptogen). She also eats a lot of berries, especially blueberries. You can find some of her favorite recipes to support optimal gene expression and methylation health here.

All of this talk about methylation and adaptogens can start to feel complicated, but Dr. Fitzgerald reminds me that the 4 overarching principles of her protocol — diet, exercise, sleep, and stress management — are quite basic at their core.

“There is no reason we can’t do the methylation diet and lifestyle principles — all of them,” she says.

Eat a healthy diet centered around plants, low in sugar, saturated fat, and protein, and throw in some methylation superfoods for good measure. Don’t eat around the clock.

Exercise at a moderate pace for 30 minutes a day, at least 5 days a week.

Sleep at least 7 hours per night.

“All of us can layer these principles on to whatever we’re doing, be us Vegan, be us Keto, be us on an extreme elimination diet,” says Dr. Fitzgerald. “Wherever we are in our lives, there’s no reason for us not to start this.”

Perhaps in the future there will be scientific and pharmaceutical breakthroughs to reverse the aging process even more. But for now, these diet and lifestyle principles remain the foundation for good health and your best bet to turn back the biological clock. 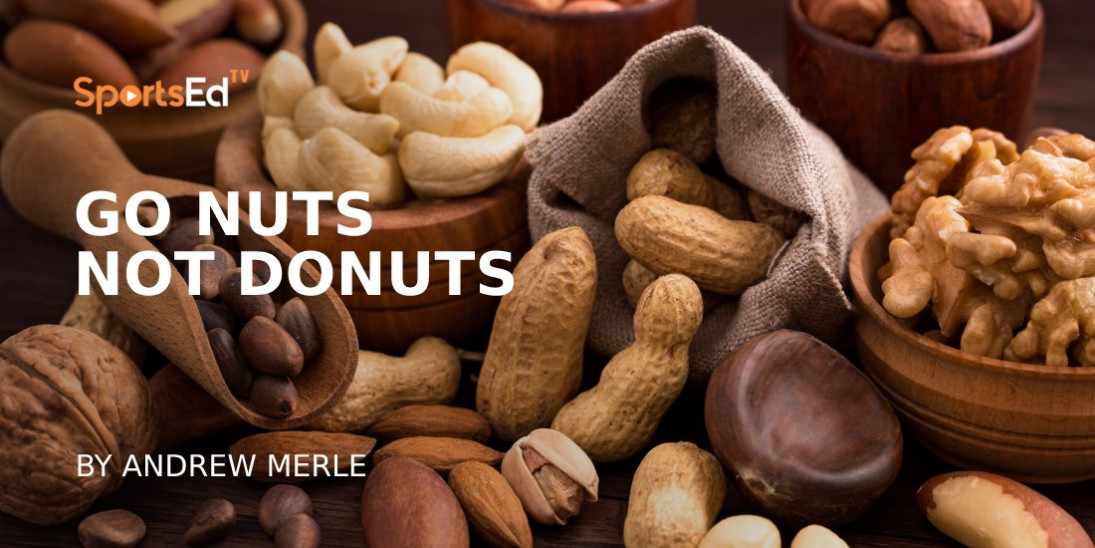 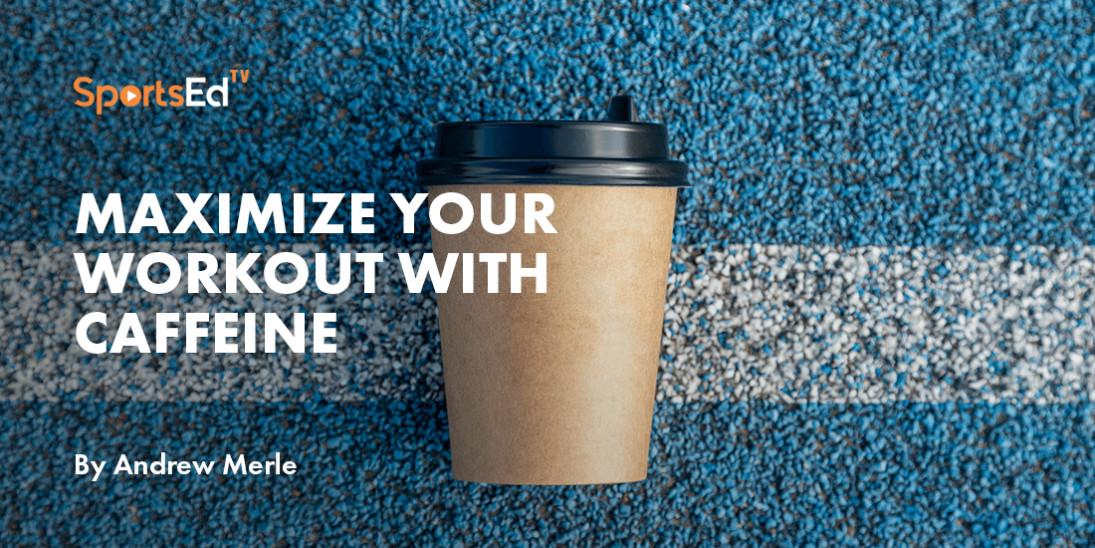 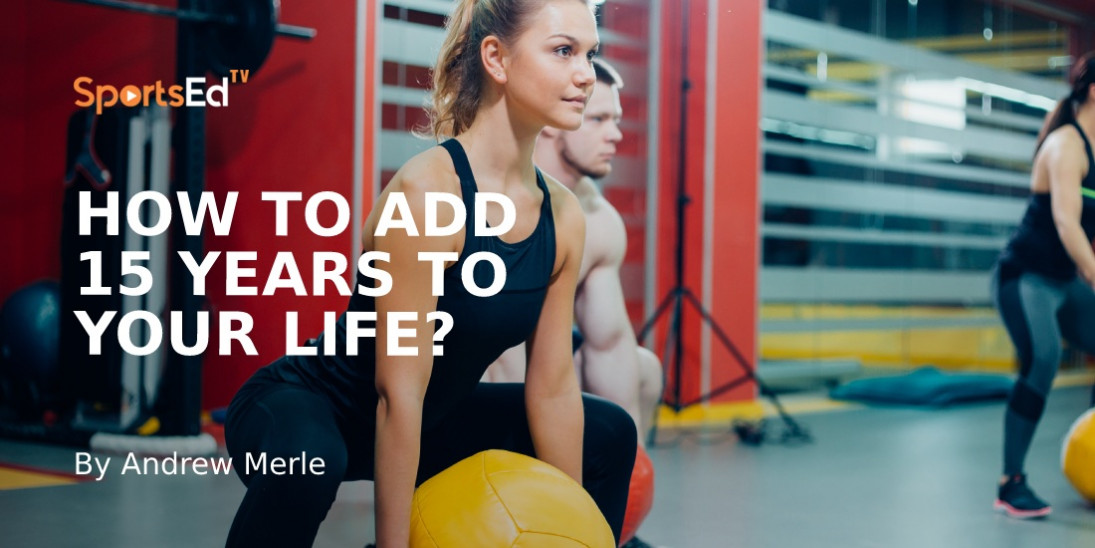 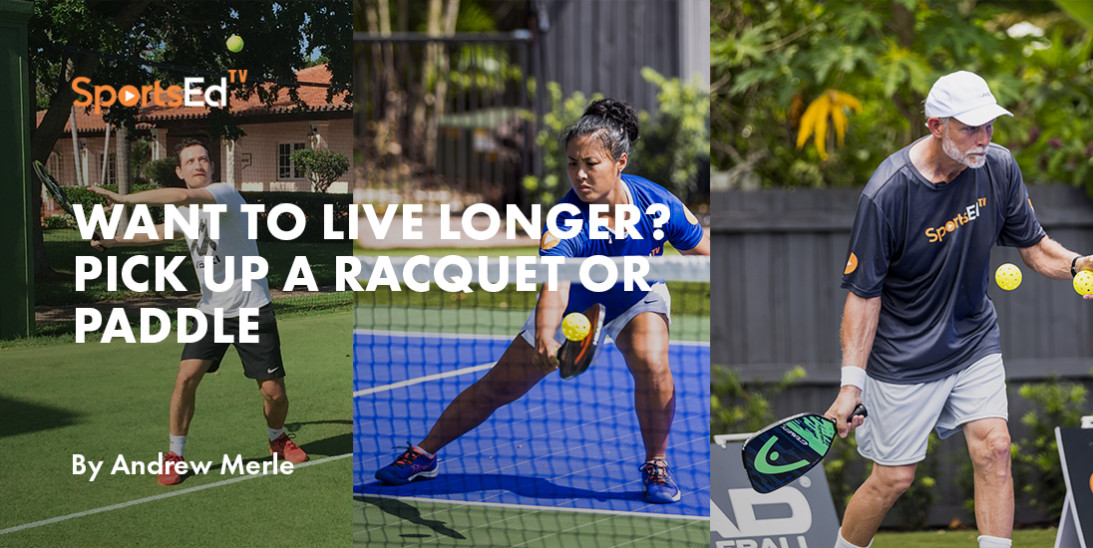 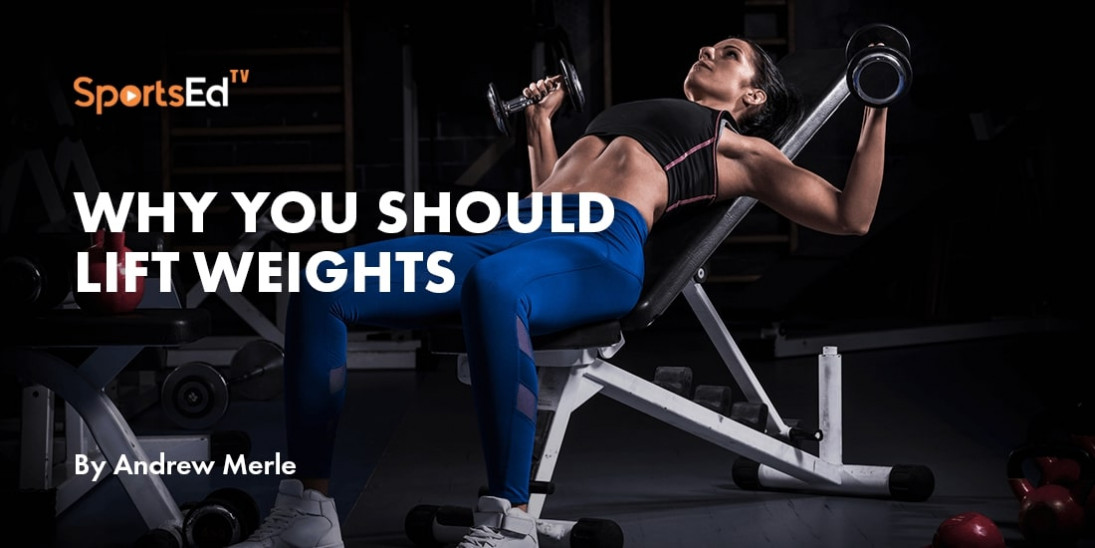