The Rules of Table Tennis 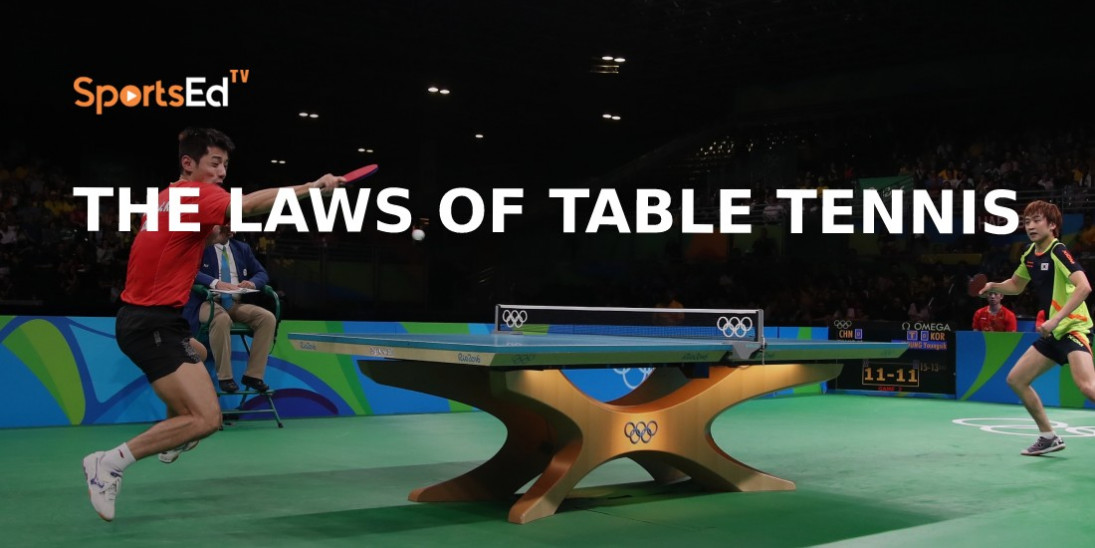 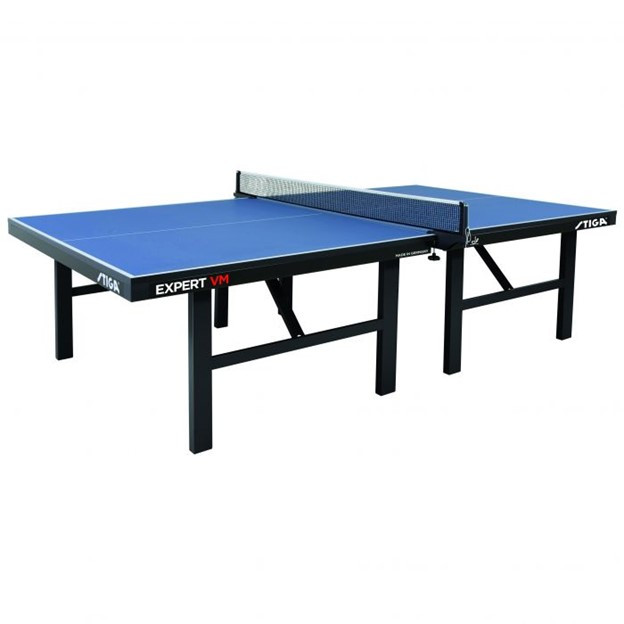 For doubles, each court shall be divided into 2 equal half-courts by a white center line, 3mm wide, running parallel with the side lines; the center line shall be regarded as part of each right half-court.

The net assembly shall consist of the net, its suspension, and the supporting posts, including the clamps attaching them to the table. 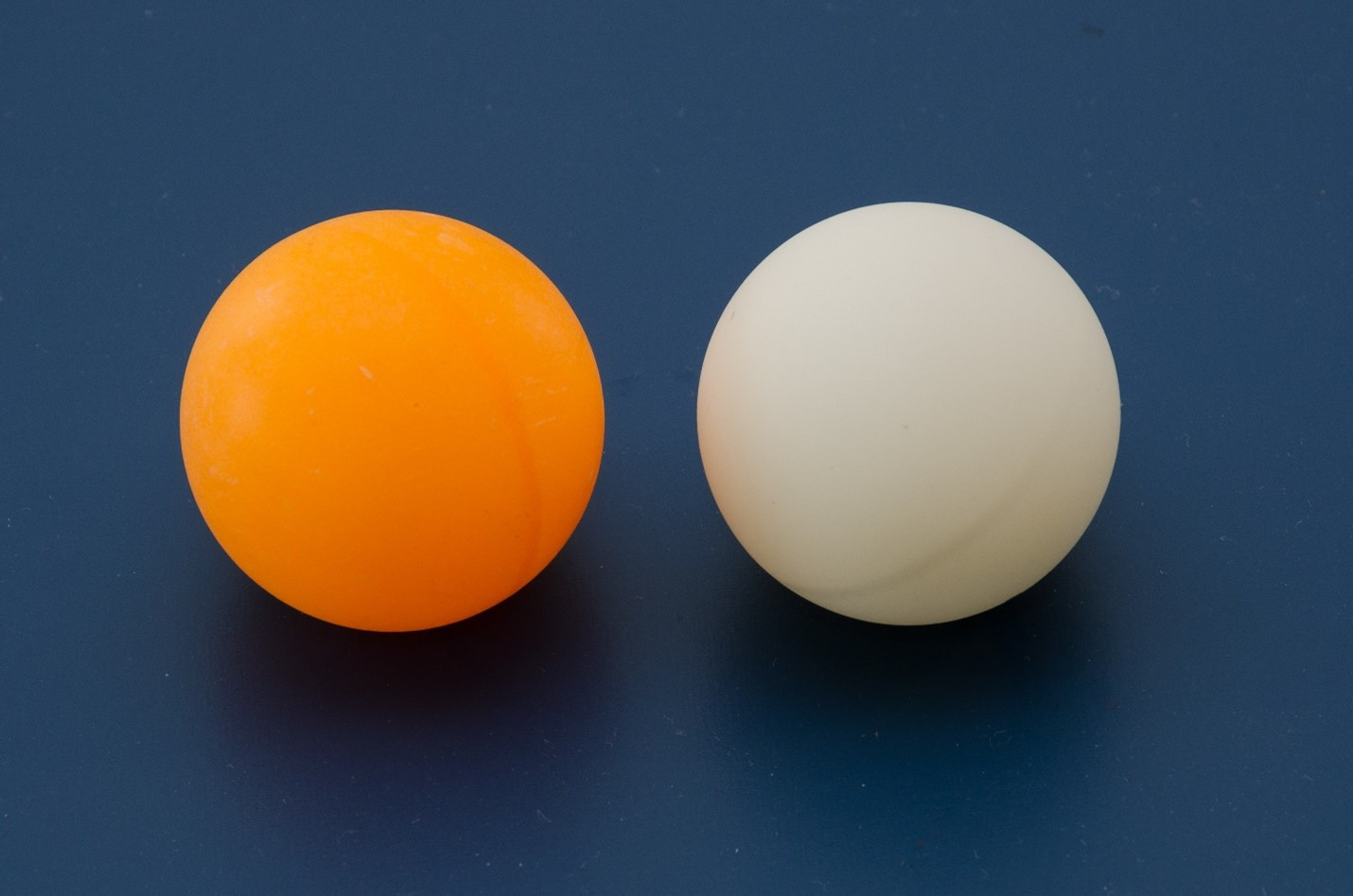 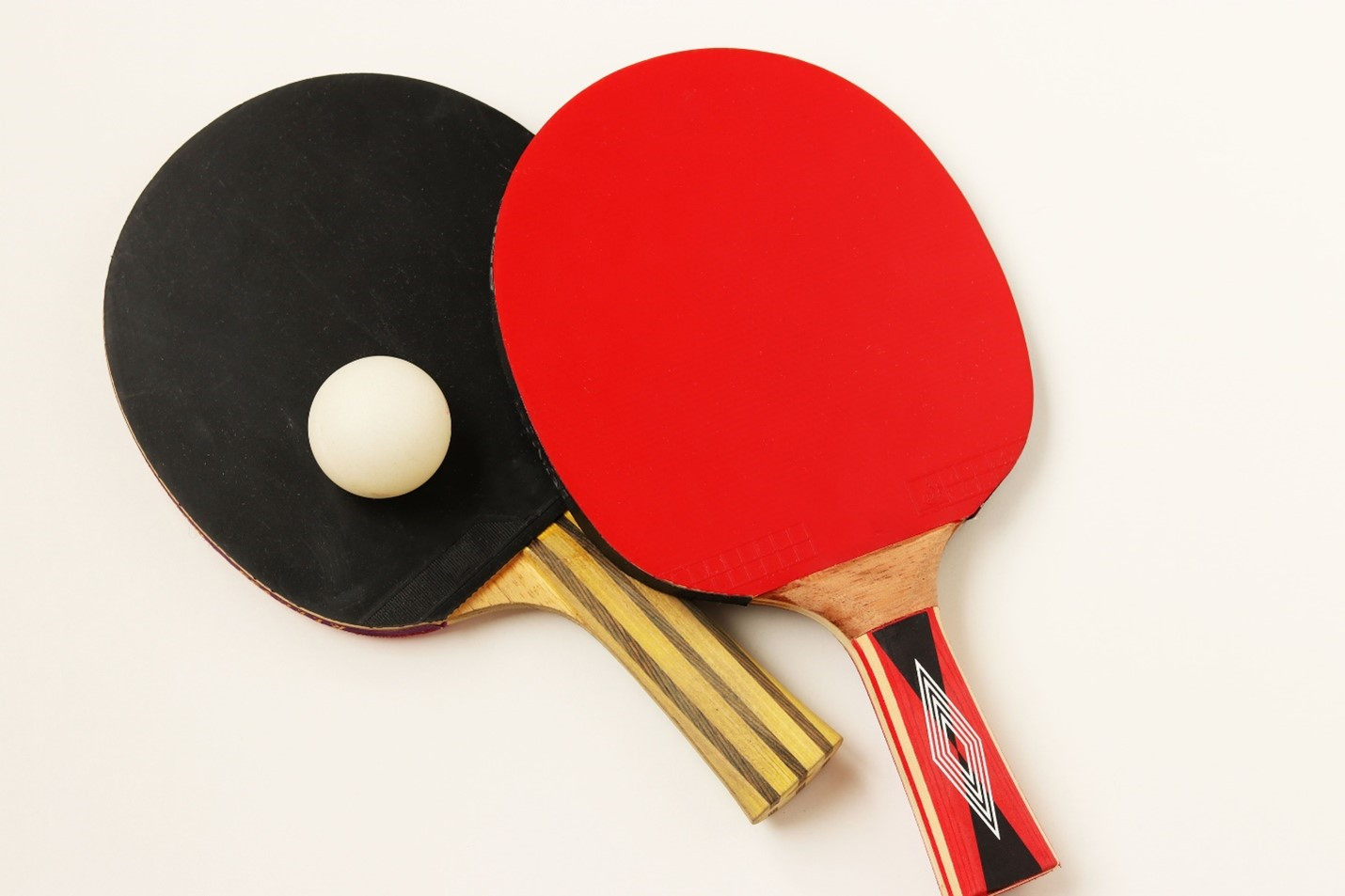 Before the start of a match and whenever he or she changes his or her racket during a match a player shall show his or her opponent and the umpire the racket he or she is about to use and shall allow them to examine it.

A rally is the period during which the ball is in play.

A player obstructs the ball if he or she, or anything he or she wears or carries, touches it in play when it is above or travelling towards the playing surface, not having touched his or her court since last being struck by his or her opponent.

Anything that a player wears or carries includes anything that he or she was wearing or carrying, other than the ball, at the start of the rally.

The end line shall be regarded as extending indefinitely in both directions. 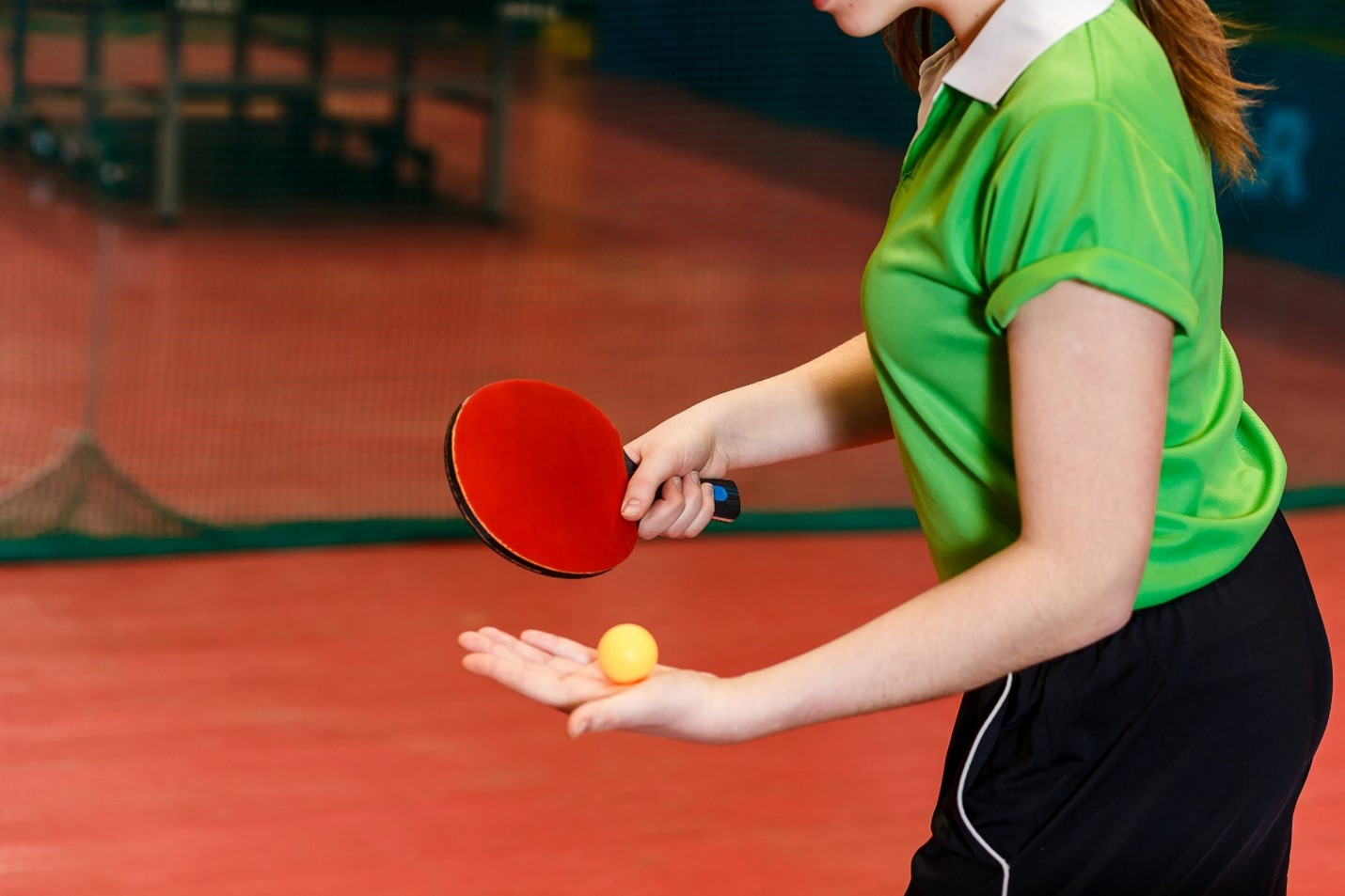 Service shall start with the ball resting freely on the open palm of the server's stationary free hand. The server shall then project the ball near vertically upwards, without imparting spin, so that it rises at least 16cm after leaving the palm of the free hand and then falls without touching anything before being struck. As the ball is falling the server shall strike it so that it touches first his or her court and then directly touches the receiver's court.

In doubles, the ball shall touch successively the right half court of server and receiver. From the start of service until it is struck, the ball shall be above the level of the playing surface and behind the server's end line, and it shall not be hidden from the receiver by the server or his or her doubles partner or by anything they wear or carry. As soon as the ball has been projected, the server’s free arm and hand shall be removed from the space between the ball and the net. The space between the ball and the net is defined by the ball, the net, and its indefinite upward extension. It is the responsibility of the player to serve so that the umpire or the assistant umpire can be satisfied that he or she complies with the requirements of the Laws, and either may decide that a service is incorrect. If either the umpire or the assistant umpire is not sure about the legality of a service he or she may, on the first occasion in a match, interrupt play and warn the server; but any subsequent service by that player or his or her doubles partner which is not clearly legal shall be considered incorrect. Exceptionally, the umpire may relax the requirements for a correct service where he or she is satisfied that compliance is prevented by physical disability.

The ball, having been served or returned, shall be struck so that it touches the opponent's court, either directly or after touching the net assembly.

THE ORDER OF PLAY

The rally shall be a let: if in service the ball touches the net assembly, provided the service is otherwise correct or the ball is obstructed by the receiver or his or her partner; if the service is delivered when the receiving player or pair is not ready, provided that neither the receiver nor his or her partner attempts to strike the ball; if failure to make a service or a return or otherwise to comply with the Laws is due to a disturbance outside the control of the player; if play is interrupted by the umpire or assistant umpire; if the receiver is in wheelchair owing to a physical disability and in service the ball, provided that the service is otherwise correct, after touching the receiver’s court returns in the direction of the net; comes to rest on the receiver's court; in singles leaves the receiver’s court after touching it by either of its sidelines. Play may be interrupted to correct an error in the order of serving, receiving or ends; to introduce the expedite system; to warn or penalize a player or adviser; because the conditions of play are disturbed in a way which could affect the outcome of the rally.

THE ORDER OF SERVING, RECEIVING AND ENDS

OUT OF ORDER OF SERVING, RECEIVING OR ENDS