It’s What You Don’t Know That Will Hurt You 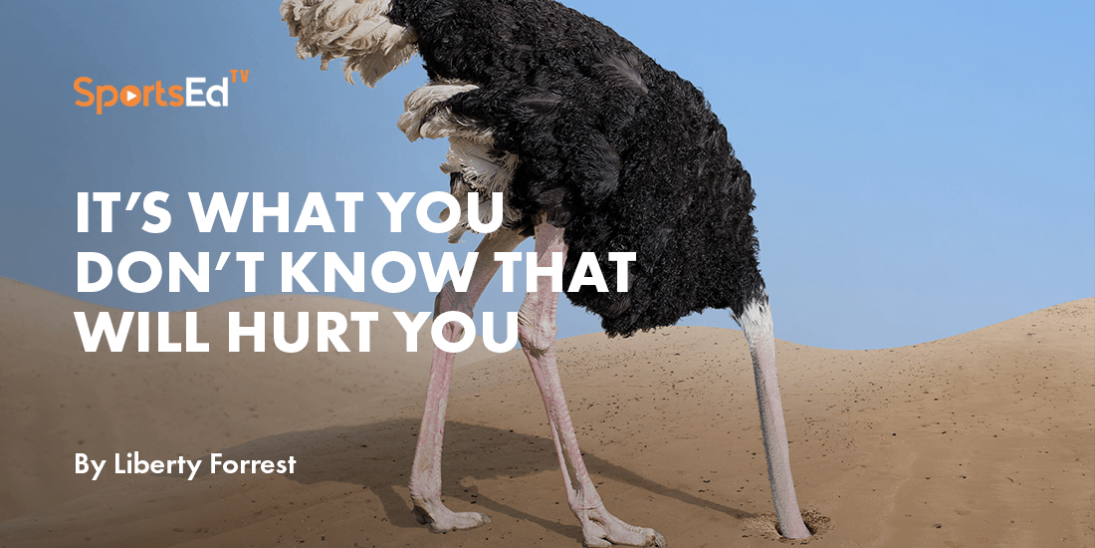 Some of us are like ostriches. We prefer not to know things that will be painful or frightening. We'd rather stick our heads in the sand and pretend it's not happening, or continue to hope it isn't, rather than find out that it is.

Or maybe we're lucky and we're blissfully unaware that our lives are about to explode. We've got no idea that anything dark and nasty is lurking around the corner. And then suddenly, there it is, in your face and reeking of disaster.

When explosive situations arise and our lives are turned upside down, often we will say we had no idea. We didn't see it coming. But the truth is there are usually signs we chose not to notice. Or we made decisions that were not brilliant. And here it is, some weeks, months, or perhaps even years later, and now we have to clean up the fallout from those choices.

In a heartbeat, your performance as an athlete, a coach, or even as a parent, can be adversely impacted. Depending on the situation, it can take a while for you to regain balance and get back on track.

As a psychic and medium, throughout my life I've heard people tell me they're afraid to have a reading because of what they might find out. They don't understand that if the potential for a problem is "in the cards," it gives them the opportunity to prevent it or at the very least, to be prepared for it so that they can minimize the damage or challenges.

It's like going to a counsellor. Whether it's in having a psychic reading or a counselling session, it's about discovering the potential for problems that can only be reduced or eliminated if you're willing to see that they're coming. Otherwise, without prior knowledge, it feels like you get slammed in the head with a bag of bricks and your ability to deal with the problem is compromised.

For example, how many times do we hear about people who have worrying symptoms, but they refuse to get them checked out? We say, "If you catch it early enough, your chances of treatment or cure are so much better than if you leave it!" But still, they refuse to go. And sometimes, this is a life-threatening decision. Sometimes, we're talking about something like cancer. Sure, it may turn out to be nothing (or something a lot less serious), in which case they can stop worrying. What a relief that would be. 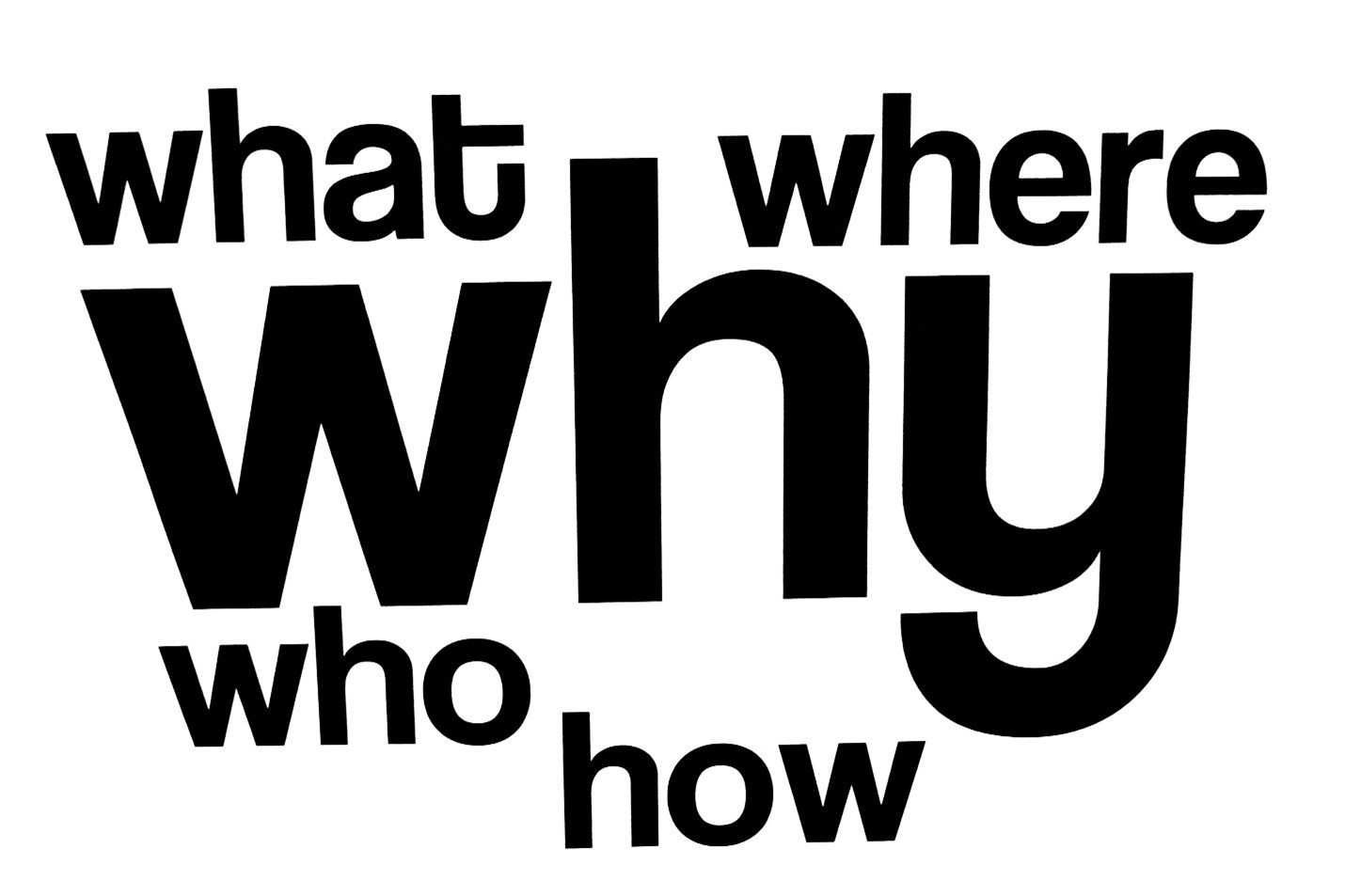 But there are times when they were right. Jade Goody is a prime example. Using her "Big Brother UK celebrity" to raise awareness about cervical cancer, she was a young woman who didn't get checked and by the time it was discovered, it was too late. In a television "diary" of sorts, her journey was documented until she died at the age of 27, leaving two young boys on Mother's Day several years ago.

As with many types of cancer as well as other diseases, early diagnosis improves the chance of a cure. We can look at many problems in our lives as in the same way, problems that are insidious, financial troubles, secrets kept by partners, issues with work, school, or relationship, anything that we sweep under the carpet because we don't want to face the ugly truth and deal with it.

Being blissfully unaware isn't all it's cracked up to be. Eventually, the truth comes out and slams you upside the head. Better to be vigilant about the facts of your life, considering and contemplating options, consequences, daring to look at what's really going on. Ignoring or avoiding the truth will only give you less time to figure out a way to fix the bits that aren't working well or are a complete disaster.

The longer you do this, the more likely it’ll trash your performance. Your ability to focus and concentrate will be derailed as your problems only worsen, growing hair, fangs and claws.

When you don't know what you're facing, or you fear what you might be facing - but you refuse to find out - it's easy to become nervous or anxious. There's an uneasiness that settles into your bones. It's distracting. It wastes energy. It messes up productivity. You waste time wondering about all the "what-ifs" and sometimes it can be so bad, it affects physical and mental health.

Of course, some things just leave themselves as surprises, no matter how diligent and "on top of things" we might be. We can't always know what's coming, but that's not what I'm talking about. I'm talking about people who live in denial, those who stick their heads in the sand and refuse to acknowledge what's happening around them. The ones who don't dare check out what needs checking out, the ones who don't "take care of business" because they can't be bothered, or because they're afraid of what they'll hear.

Well, not hearing about it isn't gonna make it go away. Not finding out if you have an illness or if your finances are a disaster will not make you or your bank account any healthier. Nor will it help your performance. The facts won't change just because you're playing "Let's pretend." You'll just shoot yourself in the foot and have a nasty shock when you reach the point of having to face the truth.

Best to make yourself aware of the realities of your life and circumstances in all areas. Stay on top of the business and personal aspects of your life. Dare to be honest about the harsh realities about unhealthy relationships, whether they're with a coach, partner, sibling, parent, teammate, child - anyone.

Be brave and look at the state of things in your life. It's the only way to see what needs fixing. It’s the only way you can maximize your performance. And it's your only chance at finding happiness.

Liberty Forrest   Liberty Forrest is an award-winning author, speaker, and a contributor on Huffington Post and Thrive Global. She has written articles for more than 50 publications around the [...]
Share This Story, Choose Your Platform!
Please sign in in order to rate the blog. 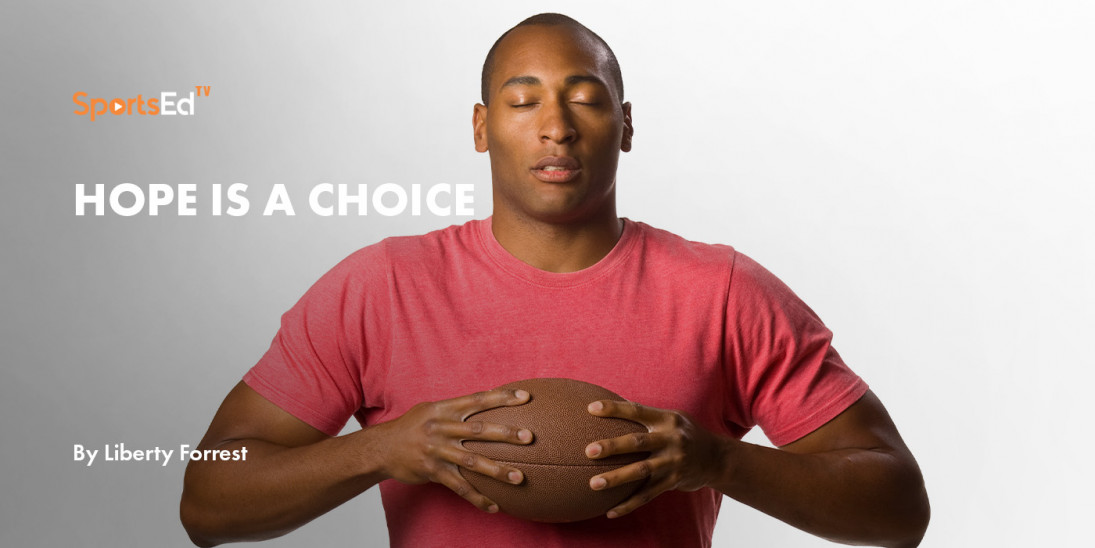 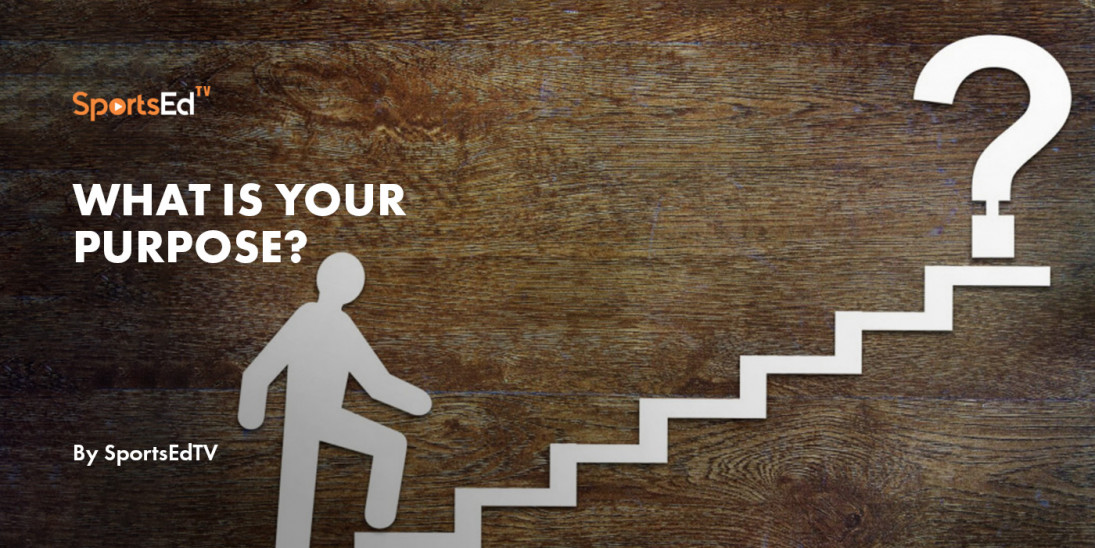 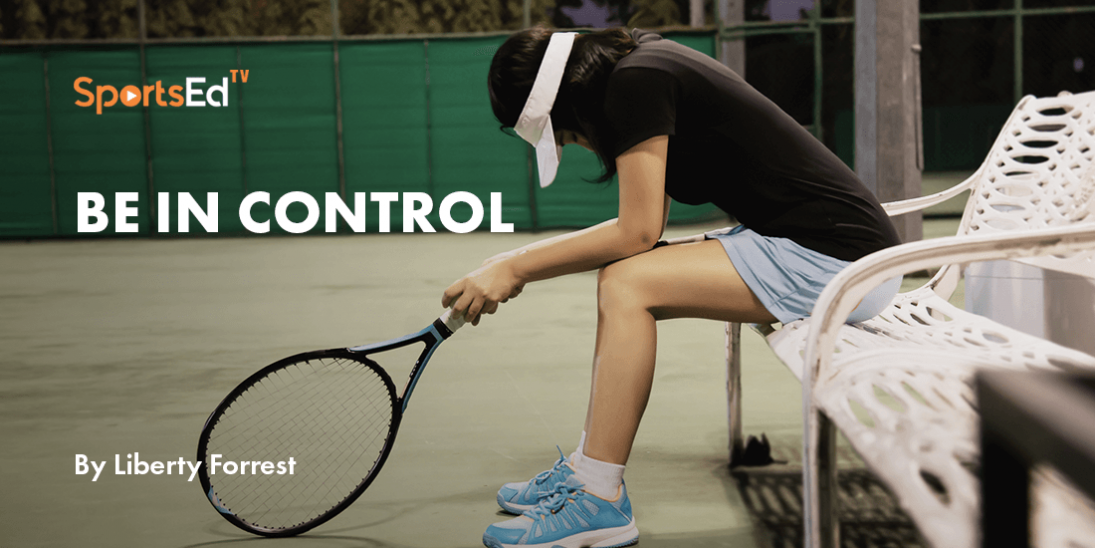 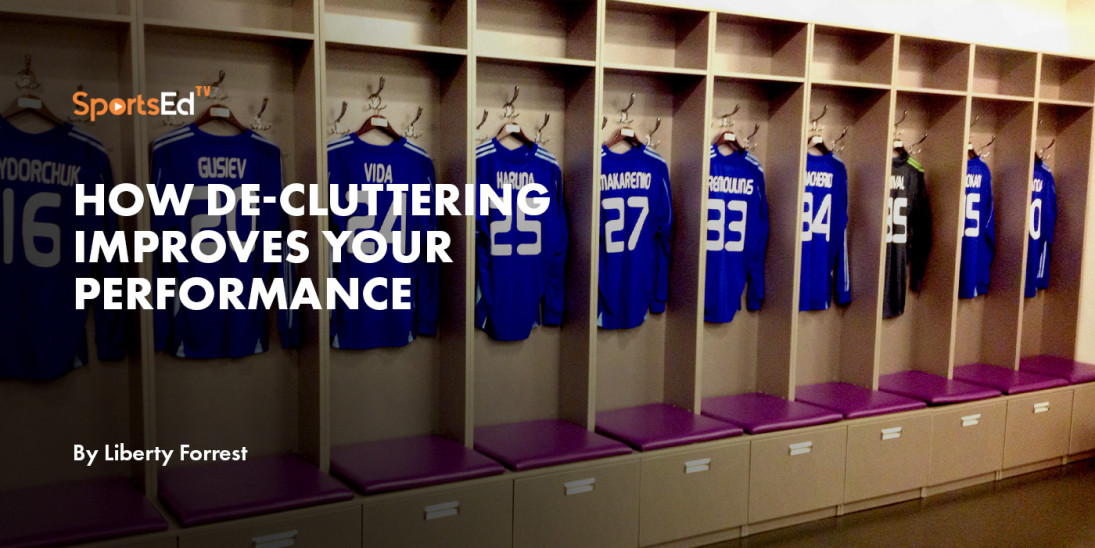 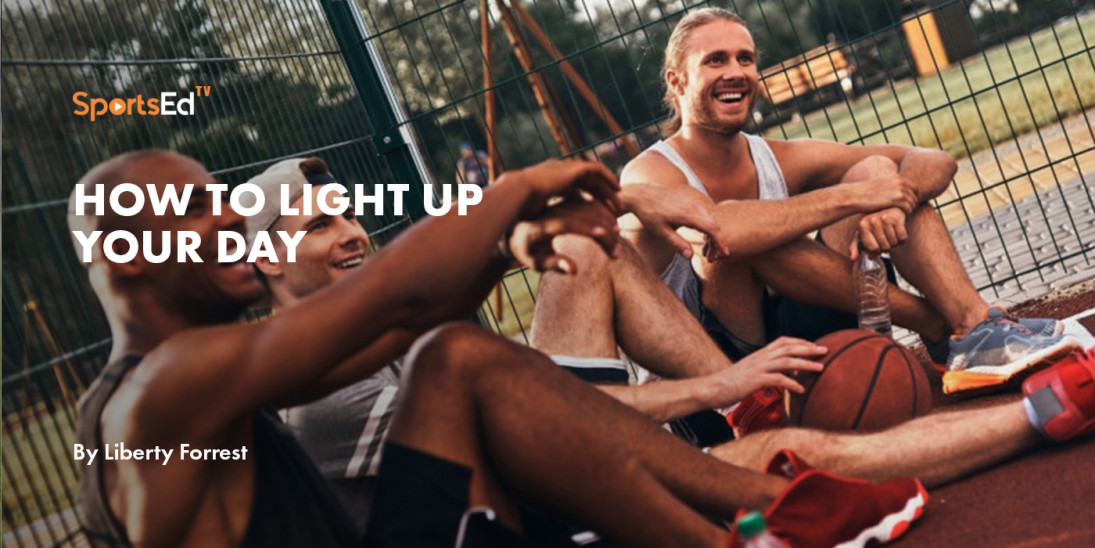