Getting to Know Volleyball 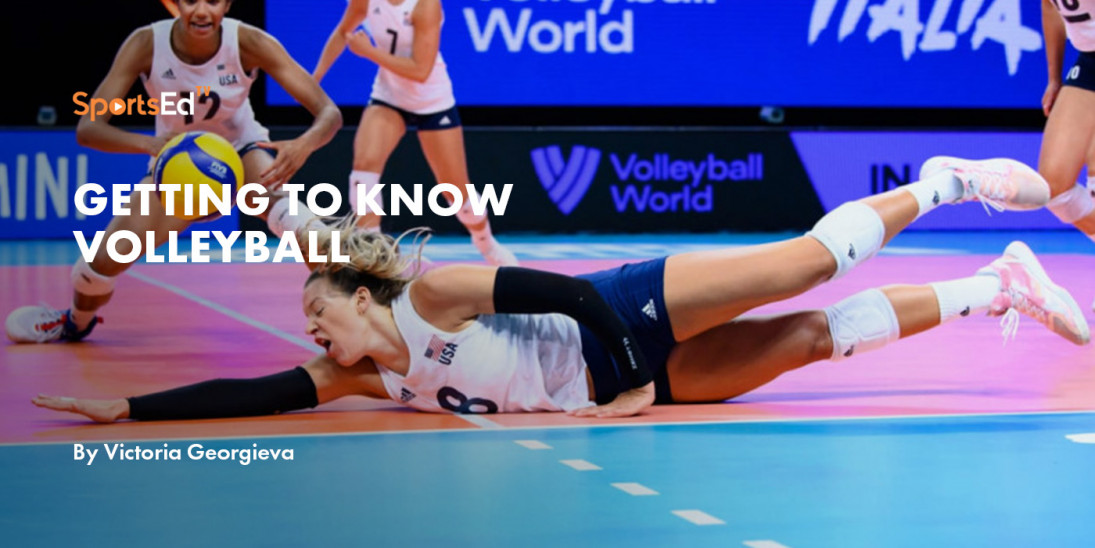 Volleyball is a smart game, and everybody who has ever taken up on that sport, knows that it is a much more than a play, called “Don’t let the ball fall!”. To master the game of Volleyball, you need to train hard in the gym for years, but you need to also spend hours preparing and educating yourself on how to become a better player.

You need to adopt a certain lifestyle,to be careful what and how to eat, when to sleep, how to rest. To read a lot, to watch video analysis, to listen to your coaches, to be empathic with your teammates, to follow team’s tactics, to work on your mental toughness… The list can go on and on… And it surely sounds like a lot of work to do, doesn’t it?

Ok, if you already know that Volleyball is one of the more complex games that there ever was, and you are still into it, it only means you have Volleyball in your heart.

Why is that so?

Because despite the challenges that you might face along the way towards becoming a better player or a coach, Volleyball is fun! And having fun while doing your practice or playing a game, is not a thing to be underestimated.

Volleyball brings you joy! And if you are following this blog, you would know that most of the coaches that we interview, agree to the statement that without enjoying what you are doing on the court, you can’t be successful.

Time to get to know Volleyball!

Volleyball is a great game, and we can define it as a game that is complex and bring us joy at the same time. But to play, train, and to enjoy Volleyball, we first must try to understand it. To do so,  we will explore together some interesting facts about Its Majesty - the Volleyball.

When was Volleyball invented?

“William G. Morgan (1870-1942), who was born in the State of New York, has gone down in history as the inventor of the game of volleyball, to which he originally gave the name "Mintonette".”, we read at the official site of the International Volleyball Federation (FIVB).

How and why was Volleyball invented?

To understand this, we need to have a deeper look at the life of Morgan. 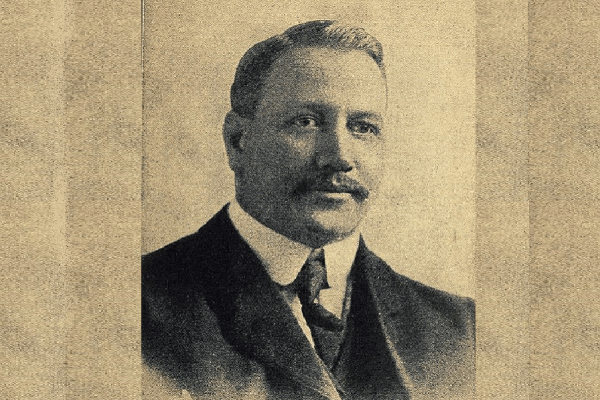 Morgan was a student at the Springfield College of the YMCA (Young Men's Christian Association). And when we tell that Basketball is a parent in a way of Volleyball, we cannot not mention the fact that there, at the College, Morgan met James Naismtith - the inventor of Basketball. Funny how life gets its way around sometimes, isn’t it? And once again, Volleyball is a great example of this.

Morgan was a person keen on sports. And a person that was showing leadership skills. After graduating, he became director of physical education of the YMCA at Holyoke (Massachusetts), where he put into action his ideas, developing and directing programmes of exercises and sport classes for male adults.

However, working with these athletes, Morgan realized he needed “a certain type of competitive recreational game in order to vary his programme”. Of course, he was considering Basketball, as the game appeared interesting to young people and was very much suitable for them. Morgan believed, however, that he needed another type of game that was not that intense and less violent, and that can be practiced by older members, too.

So, Morgan sat down and started thinking of new games, based on the teaching and training methods that he used in his vast programmes. It wasn’t a miracle born during the night - Morgan was thinking about tennis, or about using the basketball bladder for the new game that was starting to get a shape in his head. However, it didn’t work out good, so Morgan had to ask a company - the A.G. Spalding & Bros, to make a specific ball at their factory.

Here is the moment to mention that even if that great ideas come to the mind of person, its implementation cannot be done without the help of others. Morgan knew that and, somehow, even without realizing it, has taught us all that in order to have success, you need to work in a team with great people you can rely on.

Once having the ball fabricated, Morgan turned to two friends of his - Holyoke, Dr. Frank Wood and John Lynchone, who wrote the first basic concepts of the game, together with the first 10 rules.

Then, Morgan presented the game during a YMCA conference in Springfield in early 1896. He made a demonstration of the game in a new college stadium. Two teams took part in the first game (each one consisting of five men).

And the rest is history, as they say!

Conference delegates liked the game, and Morgan had the honor to explain the basic rules and understanding of the game, emphasizing that the game could be played in halls or in open air, with unlimited number of players taking part. The aim? “Don’t let the ball fall!”, and keep it in movement over the net, from one side to the other. Of course, and as we already mentioned, with more than one century of developing the game of volleyball, it has certainly developed and reached such heights that it sure is much more of an attempt to pass the ball over the net.

Morgan with one of the first teams in Volleyball history

The original name of Volleyball was “Mintonette”. At said conference in Springfield, Professor Alfred T. Halstead shared his opinion that given the nature of the game (the action itself), a more suitable name should be used. They called it “Volley ball” - everyone, including Morgan, voted in favor of the new name. It was not until 1952 that the spelling of Volleyball was changed to one word, when the Administrative Committee of the USVBA decided to change it.

When talking about the first steps made for the growing of the game, we should be especially thankful to two U.S. colleges - the Springfield college in Massachusetts and the George Williams College in Chicago (now at Downers Grove, Illinois). These are the places where Volleyball was first adopted and spread the game among its societies all across the U.S.A.

Volleyball has reached even Burma and China, and by 1913 “the development of volleyball on the Asian continent was assured as, in that year, the game was included in the programme of the first Far-Eastern Games, organized in Manila.”

It was in 1916 where YMCA managed to introduce the game to the powerful National Collegiate Athletic Association (NCAA), publishing the rules of Volleyball, and thus, helping for the growth of the game among young college students.

By the 1930s, Volleyball was considered more a game to be played in your leisure time and for recreation purposes. However, there were a few international competitions, but we would say that most importantly, that wherever Volleyball has come, national championships were organized, becoming this an important sign of the great potential of Volleyball.

In the 20th century, Volleyball was steadily growing, and this development has continued also in the first 20 years of the 21st century. The greatest news for us, Volleyball people, is that predictions state that in the near future Volleyball (including Beach Volleyball and Snow Volleyball) will be getting more and more popular, making it a great competition for its “parents” - Soccer and Basketball.

Which are the countries that have the fame of Volleyball places then?

We can turn to the FIVB rankings that have been updated on June 2, 2021. 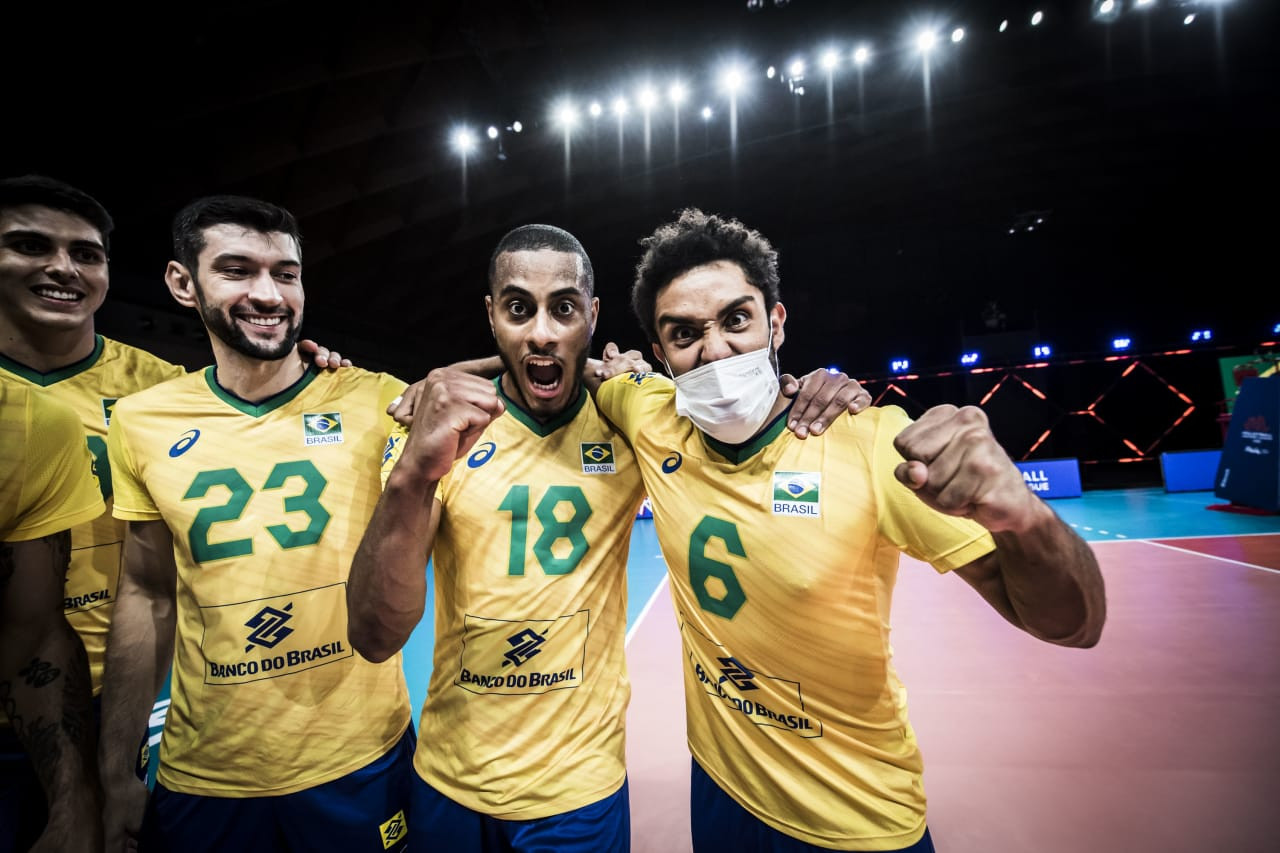 As per the FIVB Senior World Ranking - Men, and to no surprise, Brazil is first placed with 438 points, followed by Poland with 375. USA is third placed with 365.

Among the Top 10 countries, we can find Giants like Russia, France, Canada and Serbia. 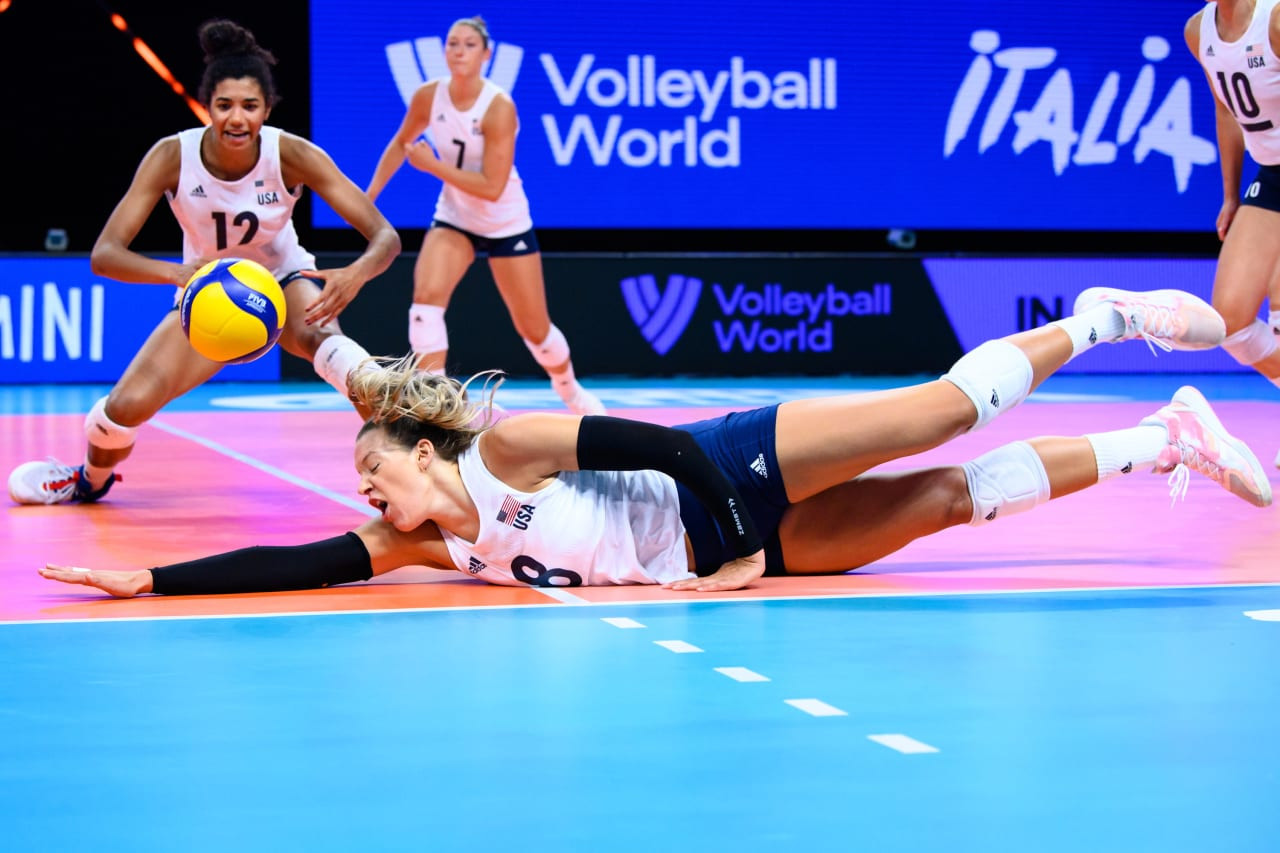 The FIVB Senior World Ranking - Women states that team USA is on first position, with 400 points. China is second with 365 points and Brazil is breathing down their necks with 346.

Turkey, Serbia, Russia and the Dominican Republic are part of the Top 10 women’s teams.

All these are countries that have the right policies regarding the development of Volleyball, and have won the most important trophies. More on the strength of each country will be revealed in next blog posts.

The most important international championships

Of course, the most important is the Volleyball at the Olympics!

What’s the story of Volleyball at the Olympics?

"The Olympics remain the most compelling search for excellence that exists in sport, and maybe in life itself."

Even though this quote is not by a Volleyball player, we can “steal it” as it applies to the philosophy of Olympic sports and the Olympic dream itself - the ultimate achievement.

This is why, the year 1964, when Volleyball was first welcomed at the Summer Olympic Games of Tokyo, was so important for the international recognition of Volleyball. Volleyball entered the Olympics program in both men’s and women’s competition.

If we track back how Volleyball joined the Olympics, we must go to the Summer Olympic  Games in Paris 1924, when an American sports delegation delivered a sports demonstration. However, due to a complicated global situation, the Olympic recognition for Volleyball was only given after the end of the World War II, when the FIVB (1947) and some other confederations were founded.

Volleyball at the Olympics 1964

During the process of welcoming Volleyball to the Olympics, a special tournament held in Sofia, Bulgaria back in 1957, played an important role. The competition, which eventually became a success, was held during the 53rd IOC session.

Now that we know the origins and the story of Volleyball, get ready to delve into The Rules of Volleyball. Coming up next on SportsEdTV Volleyball blog. 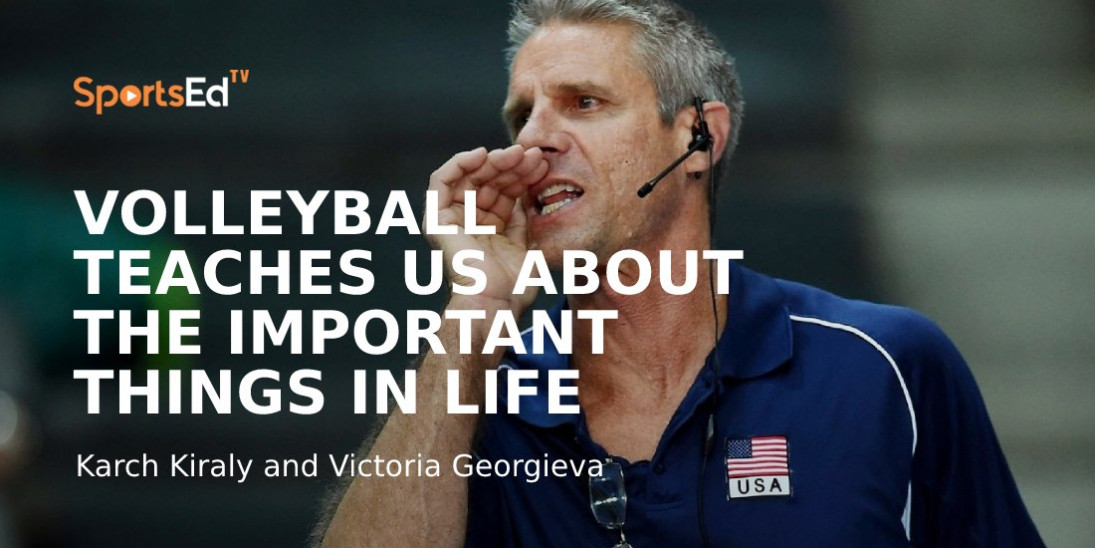 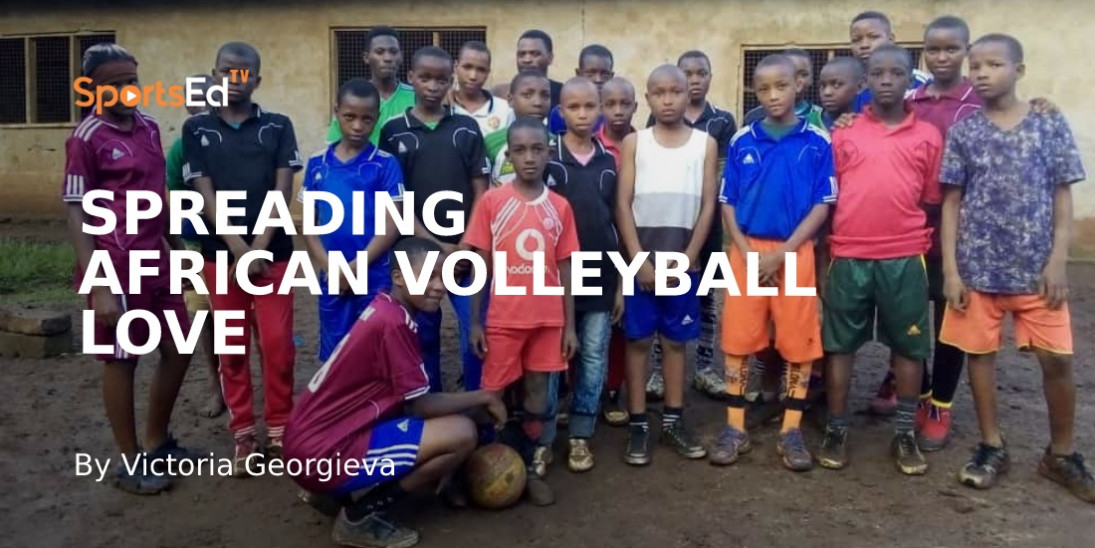 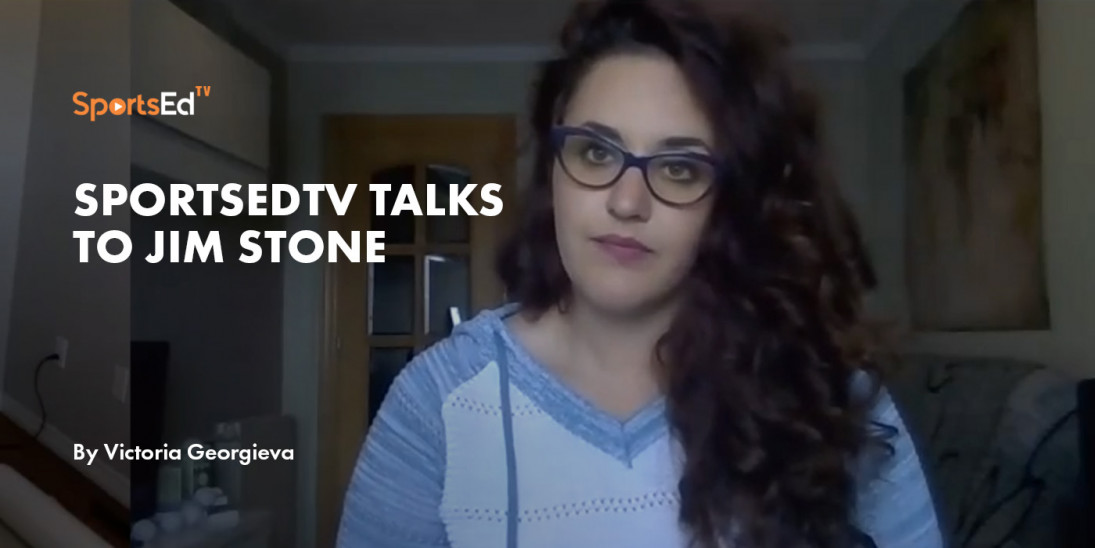 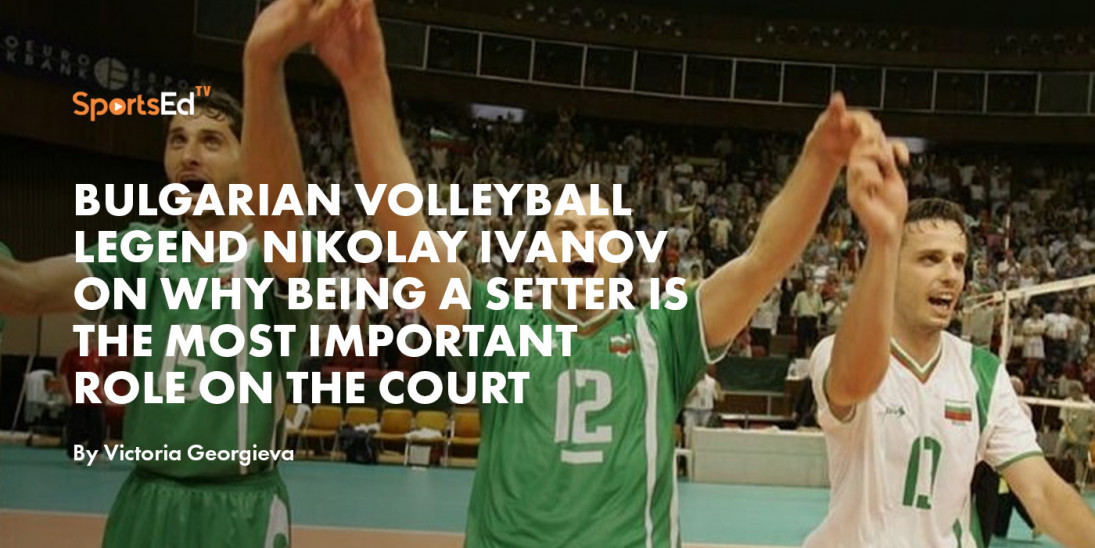