Greed Over Humanity in Sports – The Case of Naomi Osaka 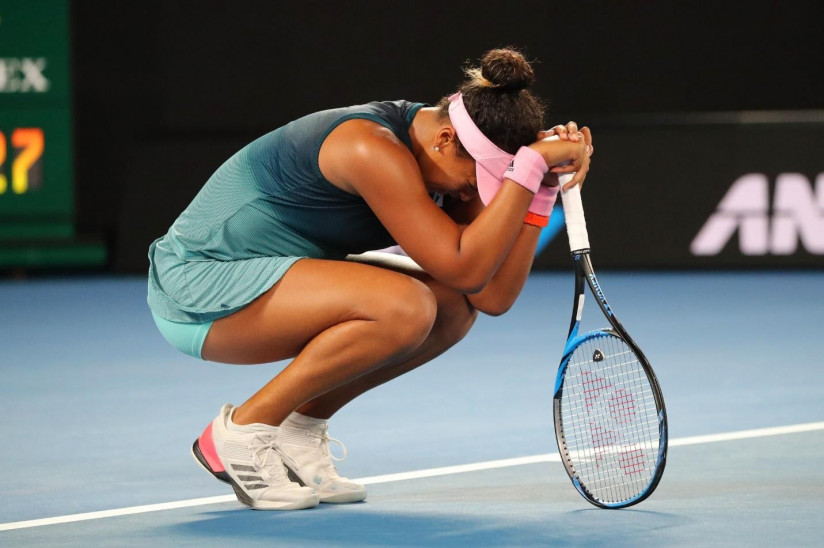 Professional sports are a business. Most of us accept this without giving it a lot of thought. However, ordinary businesses have trained business-minded employees playing major roles in the business. In sports, major roles are played by athletes. Athletes are the performers that make the sports business profitable. The better the athletes perform, the better the profitability of the business. However, athletes are not trained, business people. They are not natural public relations and marketing professionals. Some of them may be more suited and prepared for the celebrity status that they may achieve than others. Some of them don’t seek it at all and just want to do sports.

Some athletes are more introverted and shy than others. They are great athletes but do not feel comfortable in front of news media and reporters. This is the case with Naomi Osaka. She was fined $15,000 for refusing to hold a press conference. She said that "anyone that knows me knows I'm introverted, and anyone that has seen me at the tournaments will notice that I'm often wearing headphones as that helps dull my social anxiety." Her dislike of news conferences was well known. She also admitted that “I have suffered long bouts of depression since the U.S. Open in 2018 and I have had a really hard time coping with that." She was focused on her mental well-being by not exposing herself to situations that would cause her stress. This is very admirable and we should applaud her for her ability to understand what she needs in order to perform. Instead, Grand Slam organizers threatened her with expulsion and from the French open and future majors. Osaka, in return, responded by withdrawing from the French Open. The French Tennis Federation called this “unfortunate” and gave some lip service about supporting her by reading a prepared statement.

It is much more than “unfortunate” that the organizers failed to support Osaka who suffers "huge waves of anxiety" before speaking to the world's media and has been suffering from depression for almost three years. Some better words for this would probably be "insensitive," "unacceptable," and maybe even "outrageous." Naomi Osaka is one of the best-known tennis players in the world and a four-time Grand Slam champion. She has earned the right to demand some respect and to care for her well-being. It should be understood that the questioning by journalists can impact her mental well-being. Some people say, “it does not take Sigmund Freud to understand…” That is, it certainly does not require clinical training or a degree in abnormal psychology to understand that an introverted person suffering from severe anxiety and chronic depression benefits from privacy. Assumedly, Naomi Osaka did not start playing tennis to become a PR person and a self-marketer. She may not have sought the celebrity status that her success has brought. She is not Kim Kardashian whose only ticket to fame, arguably, is self-promotion. She is an athlete, first and foremost. Event organizers should show compassion and a basic sense of humanity and support her. It does not take a lot to care for another human being enough to support them when in need.

Osaka’s situation is not unique, recently Ryan Garcia, an American boxer and former WBC interim lightweight champion suffered from a similar lack of support due to his mental health struggles. Previously, Michael Phelps and many others have publicly spoken about the pressures that athletes face and the demands of the industry. Phelps joined Serena Williams and Martina Navratilova to express their support to Naomi Osaka. They have been there and understand. At the same time, the situation is not simple. Event organizers make promotion and broadcasting deals that require athletes to be interviewed. Sports fans want to hear from athletes and are hungry for more than just seeing the competition. After all, sports are entertainment and, fundamentally, about business. Events must be paid for somehow. News media must be enticed to cover the events. Without them, sports won’t survive. Everyone must play their role. However, they must do so willingly and without jeopardizing their physical or psychological well-being. If an athlete suffered a physical injury and could not attend a news conference, event organizers would be unlikely to penalize them. The same standard should be used for mental illness. Depression and anxiety are real. They are not manifestations of weakness of will or character. Many studies estimate that 1 in 5 people in the world population experience some form of common mental disorder. Depression and anxiety are among the most prevalent symptoms of mood disorders. Naomi Osaka is not alone and all of us likely know someone who suffers like her. If this is the case, why is it so difficult for these event organizers to show some understanding and act decently? The answer is, of course, greed. Profits are placed before the needs of athletes, and basic human compassion takes the backseat to the needs of the business. We can, and must, do better!