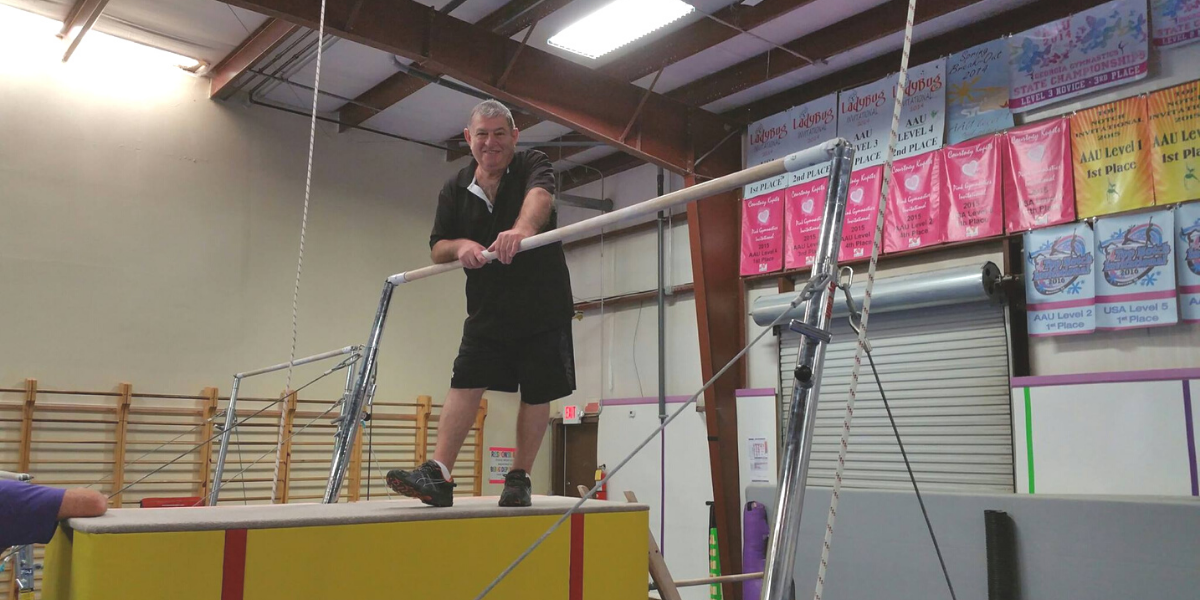 Vladimir Zaglada was born in Soviet Leningrad (today, St. Petersburg, Russia) in November 1944. He went on to do graduate work at Moscow’s Lenin Institute of Physical Education, earning a Candidate of Pedagogical Sciences (the approximate equivalent of a Ph.D.).

In 1964 he was granted the title Master of Sport of the USSR in Acrobatic Gymnastics. Zaglada has devoted his 40 year professional life to the theory and practice of artistic gymnastics, including as coach and consultant for the senior and junior Soviet women’s and girl’s gymnastics teams, assisting in their preparation for the World and Olympic competition.

After serving as a senior professor at the main physical education institutes of Lvov and Moscow, he served as the head coach for Moscow-Dynamo’s Olympic Reserve School, where many of the Soviet Union’s top female gymnasts spent their childhoods training to become champions. Later he became the first president of Dynamo-Moscow’s Gymnastics Club.

Zaglada served as producer and artistic director for the Soviet Gala Concert at the 1991 World Gymnaestrada in Amsterdam and has appeared as a gymnastics expert on both CNN and CBS. The author of numerous scholarly books and articles on artistic gymnastics, he coauthored (with Tatyana Lisitskaya) Floor Exercises for Women, which has been translated into Japanese and English and is recognized as one of the best monographs on the subject.

For years he contributed chapters to textbooks used in the top institutes of physical education in the Soviet Union and Russia and has written a number of works on programmed learning. He is recognized in The Encyclopedia of Gymnastics as having made a significant contribution to the shaping of both the theory and practice of Soviet gymnastics, including through his contributions in the area of branch programming, which led to changes in how complex gymnastics exercises are taught at the highest levels of training.

In 1999 Zaglada left Dynamo to accept the position of technical director for men’s gymnastics in Great Britain. He arrived in the United States on September 10, 2001. Since this time has he worked as a head gymnastics coach for clubs in Minnesota and Georgia, where he produced a number of state and regional champions.