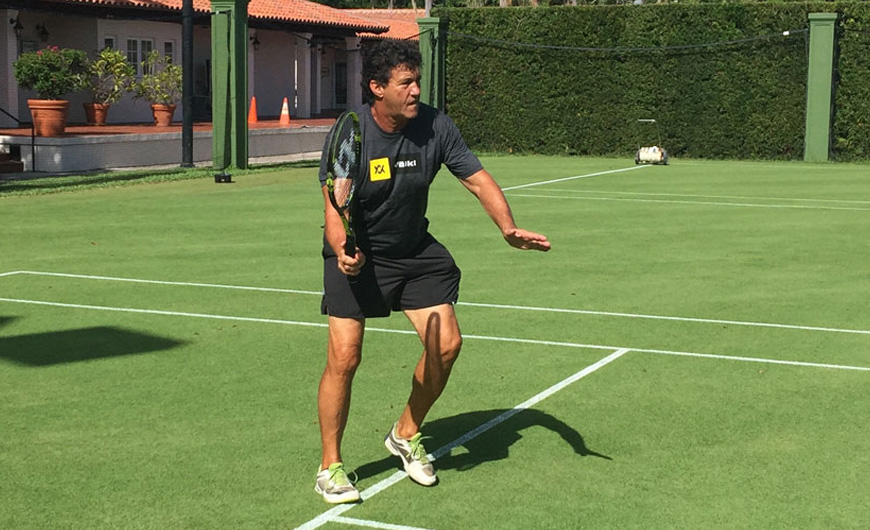 John Eagleton has spent his lifetime playing and teaching tennis. Prior to becoming the Director of Tennis for SportsEdTV, John took a teaching sabbatical to write an instruction book and create a widely respected teaching methodology called Techne Tennis. He has now returned to his passion, teaching and coaching players of all levels and bringing the best tennis knowledge to the world via the many great tennis tips, lessons and coaching collaborations featured on SportsEdTV.

John has decades of coaching experience, most recently at the Eagleton-Ferreira Tennis Academy in Longboat Key, FL, which he ran until 2013 with two-time Australian Open doubles winner Ellis Ferreira. Before that, he was the Director/Founder of the Kriek Eagleton Tennis Academy, partnering with two-time Australian Open singles winner, Johan Kriek from 2004-2009. Earlier in his teaching career, he had Director of Tennis positions at Polo Cub, Austin, TX (1999-2003), Circle C Tennis Club (1995-1999), Thornblade Club, Greenville, SC (1988-1995) and Athens CC, Athens, GA (1980-1987).

John came to the United States in 1973 from South Africa as the world #3 junior player, and attended the University of Miami, a top tennis school in the United States. While at Miami, he played number one singles and doubles on the #2 ranked NCAA Division 1 team in the country, achieving All-American honors while amassing the best four-year and overall winning percentage in the school’s history.

After leaving the University of Miami, John briefly played on the ATP World Tour, reaching top-200 singles and top-100 doubles rankings before being sidelined by injury. For the past forty years, John has excelled at teaching, coaching and managing tennis centers around the United States. During this time, he has helped hundreds of players earn scholarships to top schools and coached two-time doubles Grand Slam winner, Ellis Ferreira. He has helped pros become champions and beginners and club players get more enjoyment from the game. John’s passion is teaching players of all levels how to improve.