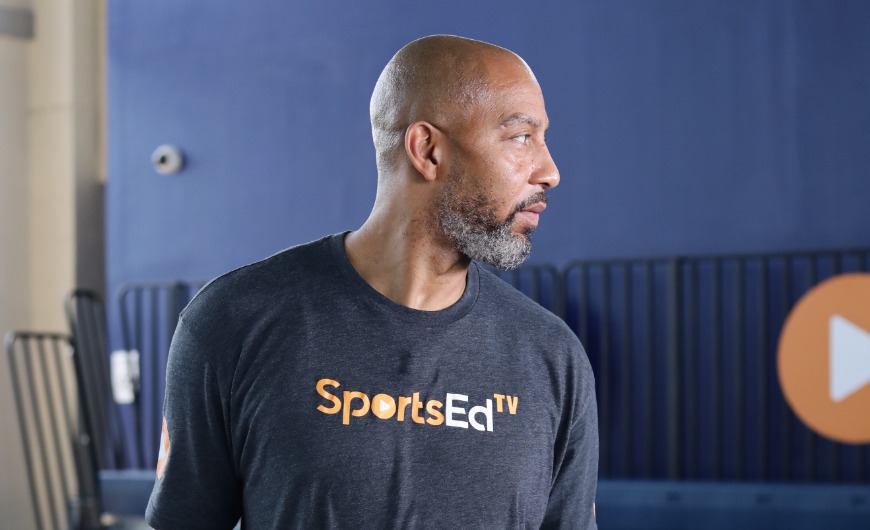 Mark Strickland AKA "Pogoman" is a retired American professional basketball player who played for the National Basketball Association (NBA) for ten seasons, four which were spent with the Miami Heat. The other six years were split between Denver Nuggets, New Jersey Nets, Sacramento Kings, Atlanta Hawks, Indiana Pacers and Dallas Mavericks.

In addition to playing in the NBA, Strickland played seven seasons internationally in the professional Euro leagues in; China, Dubai, Jordan, Quatar, Lebanon, France and Puerto Rico where he lead his team to a championship.

Mark has studied, played and trained with Hall of Fame coaches such as; Travis Grant, John Chaney, Pat Riley, George Karl, Don Nelson and Larry Brown. With those skills Mark went on to coach high school, college, and the NBA D-League (developmental league). Through his basketball experiences Mark has taken pointers from each mentor and molded a blue print for success within professional, college, prep and high school basketball.

Mark and his wife Tomi are the first family to raise awareness and funds for The Ara Initiative, a mission to provide universal access to clean drinking water to the children in the United States.