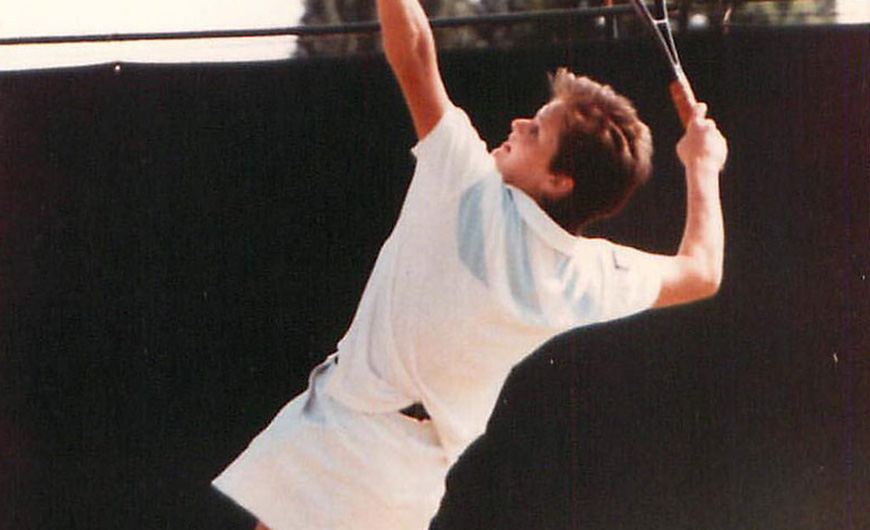 Former WTA top-50 world-ranked player and Clemson Hall of Fame athlete Jane Forman founded the Jane Forman Tennis Academy in 1990. Since then, she has devoted the last 28 years to developing community tennis and sports programs for children and adults of all ages and levels of ability.

Jane began her tennis career as a junior player in Providence, RI. She began competing at the age of 10 and won the Rhode Island State Championships every year that she lived in the state. From the ages of 10-18, Jane competed in United States Tennis Association (USTA) Junior Tournaments throughout New England, and never dropped below a #3 ranking in New England throughout her junior career. At the age of 18, Jane won the women’s New England championships, ranking her the number 1 women’s tennis player in New England. In 4 years of high school tennis play, Jane never lost a match; in fact, she never lost a set.

Jane attended Clemson University in 1980 on a full athletic scholarship and was named to the NCAA All-American Team for four consecutive years; she achieved the most wins in Clemson University history, a record that still stands today. In 1980, she started playing professional tournaments as an amateur so she could continue working toward her college degree.

In 1984, Jane became an “official” WTA professional player and competed for 10 years, reaching the top 50 in the world. She also competed on the following circuits: the United States Tennis Association professional circuit; the International Tennis Federation (satellite); Grand Slam tournaments; and the Virginia Slims Circuit. Some of Jane’s notable top ten opponents include Tracy Austin, Pam Shriver, and Andrea Jaeger. Her most memorable match was playing Martina Navratilova on Wimbledon’s Center Court in 1986.

Jane retired from competitive play in 1989 and turned her efforts and enthusiasm for the sport of tennis to teaching tennis and program management. The Jane Forman Tennis Academy (JFTA) founded in 1990 to bring high quality tennis to non-club amateurs, both children and adults. The JFTA staff is composed of retired touring tennis professionals and certified instructors who specialize in teaching children. The JFTA provides classes, instruction, after-school programs, leagues, and tournaments for adults, teens, and children.

In 2002, Jane created a Miami-based sports management group, Jane Forman Sports, that consists of The Jane Forman Tennis Academy, Dade County Sports. (Sports at Your School) and the Dade County Sports Foundation, a not-for-profit enterprise that provides sports scholarships. Each of these companies is unique; however, they are all similar in their mission to provide recreational sports programs for all ages, demographics, and levels of ability.

Watch our instructional videos featuring Jane Forman on this link.