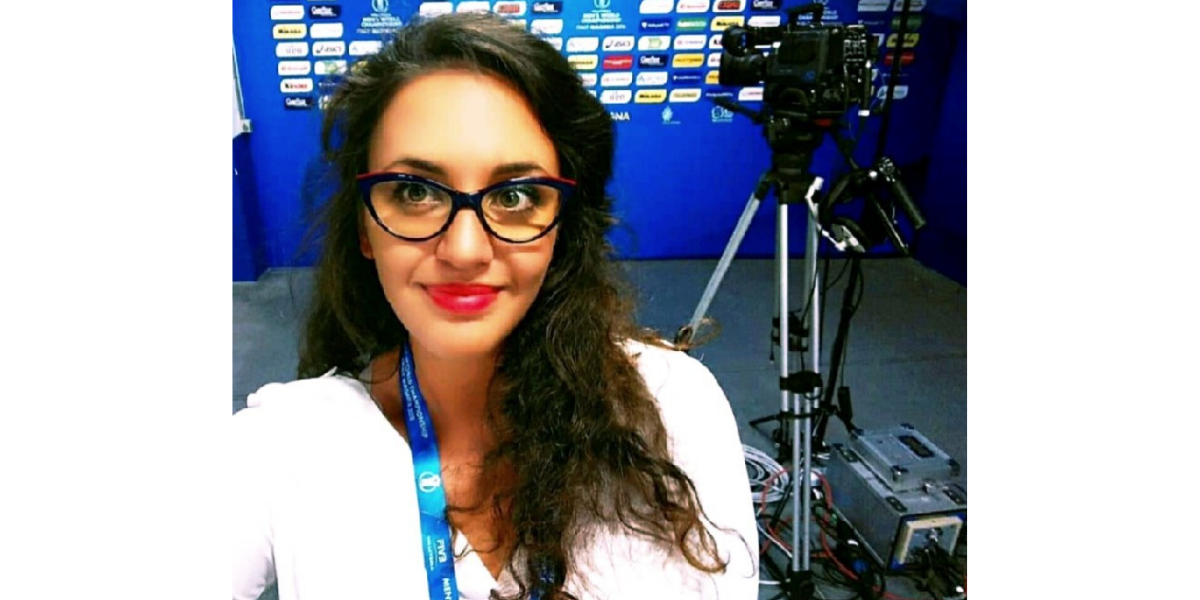 Victoria Georgieva is an external media officer at the European Volleyball Confederation, in charge of covering some main volleyball events such as the CEV Champions League and European Championships in different age categories.

With 10+ years of experience in sports journalism, and in Volleyball, in particular, Victoria herself has been in love with the sport since she was 12 years old. By that time, she was training Volleyball with her mother - a former volleyball player who taught her not only the basic skills and tactics but showed her also how sports could help shape up the character and prepare for life.

Having grown up in Samokov, a small town at the foot of Rila Mountain, Bulgaria, Victoria wanted to make it to the professional level. Unfortunately, there wasn’t a Volleyball club in her hometown. Between joining a big club in the capital or keeping up with schoolwork in Samokov, Victoria and her family came up with the idea of setting up the first Volleyball club in the town. With ambitious plans and spirits, they achieved their goal back in November 2003 when the first professional training started taking place, with the help of former coach of Bulgaria’s junior men national team Viktor Karagiozov and his wife, former European champion in Biathlon Iva Shkodreva-Karagiozova. Nowadays, the club continues its activities, mainly with a focus on junior teams.

Over the years, Victoria continued playing volleyball) until some serious injuries set her back). Sports, however, remained an essential part of her life, this time in the form of sports journalism and sports storytelling. At the age of 21, Victoria became an anchor of a popular sports show “Sports through the lens”, and began collaborating with the big international website Volleycountry.com as an Author and Content Manager.

Currently living in Barcelona, Spain, Victoria has contributed also to the Italian Volleyball League and FIVB. For the latter, she did cover matches in Bologna, Italy in the 2018 FIVB Men’s World Championship.

Even though Victoria always takes delight in attending the biggest volleyball events, from Tirana, Albania through Jurmala, Latvia to Moscow, Russia, Victoria says that there is no better feeling than coming back home, entering the sports hall where it all had begun, and seeing the smiles of the young athletes on the volleyball field.

Through her work at SportsEdTv, Victoria aims at building the bridge of knowledge sharing between great sports professionals and the young volleyball players who have just started their Volleyball journey in the halls, and need better understanding and inspiration of why Volleyball matters.