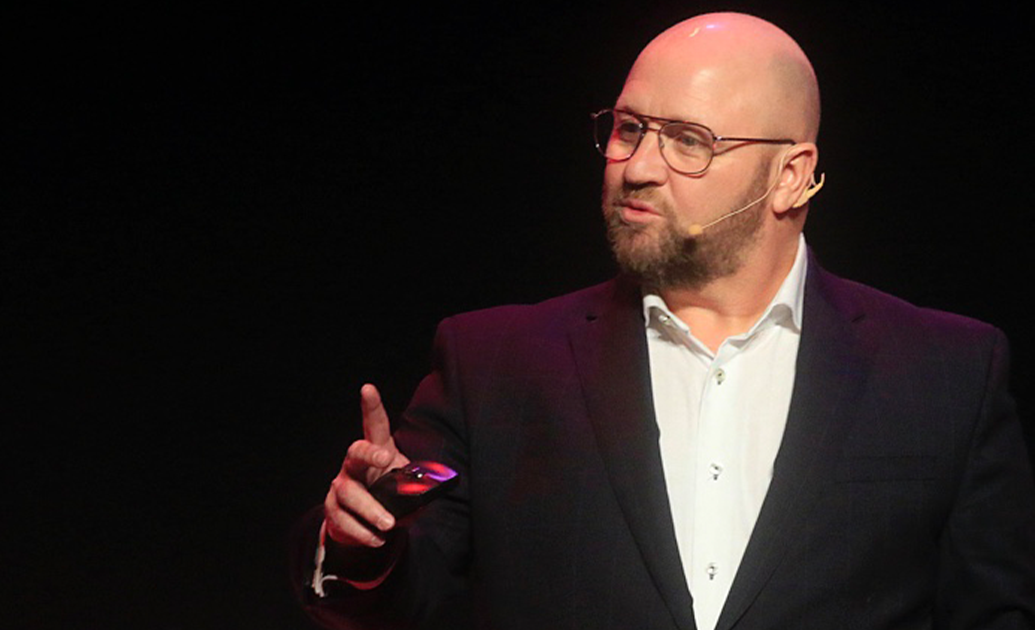 Dr Sylvain Guimond is a renowned expert and practitioner in the fields of posture, biomechanics and sports psychology and has eveloved for over 20 years. He is also the founder, President and CEO of Biotonix (TSXV:BTX), a leading technology company in postural health which core technology is based on his invention of a unique biomechanical evaluation system and method. Sylvain is an active speaker and contributor to various academic, scientific, sporting and business organizations and venues. He is the author of many best sellers. Sylvain is a regular guest host and subject expert matter on television and has appeared on TVA’s morning show, Salut Bonjour, TQS’s En forme with Marcel Maroist, Radio-Canada’s 5 sur 5 with Simon Durivage and RDS’s Sports 30, l’Antichambre and Alpine Ski World Cup.

As a scientist and biomechanical expert, he took part in numerous research projects with internationally renowned scientists such as Drs. Marc Philippon, Rene Caillet, Don Harrison, David McFarland, Martin Normand, Bernard Bricot and Robert Watkins. In collaboration with Dr. Cheryl Hubley-Kozey of Dalhousie University, he demonstrated the effectiveness of the practice of physical exercises in treating lumbar problems. He also took part, with Dr. Marc Philippon and PGA player Greg Norman, in a study about balance in golfing of the University of Pittsburgh Medical Center. With Dr. Genevieve Dumas of Queen’s University, he contributed to the development of a biomechanical evaluation system for pregnant women, which was then accredited by the Society of Obstetricians and Gynaecologists of Canada. Several of his projects were published in peer-reviewed journals such as The Interdisciplinary World Congress on Low Back, Journal of Manipulative and Physiological Therapeutics and Archives of Physical Medicine and Rehabilitation.

He evaluated and treated over 1,000 world class athletes such as Mario Lemieux, Tiger Woods, John Smoltz and Greg Norman. He was a consultant for the NHL and NBA, working with teams such as Montreal Canadians, New York Rangers, Dallas Stars, Caroline Hurricanes and Pittsburgh Penguins. Other sports professional teams include the Atlanta Braves, Montreal Alouettes, Phoenix Suns and Juventus of Turin, Italy. He was also invited to the Atlanta Olympic Games and still works with world-class athletes.

Dr Guimond is a physical educator, an osteopath and a doctor in sport psychology. As a McGill graduate from the department of physical education and kinesiology he has been the chairman of the board of the consulting committee. For many years he has sit on the Nazareth Louis-Braille foundation. He is a member the executive committee of the SADC du Bas Richelieu and the administrative board. In 2010 he has been a finalist of the entrepreneurial Ernst and Young and finally, he has worked with the Montreal Canadian as a consultant in sport psychology.