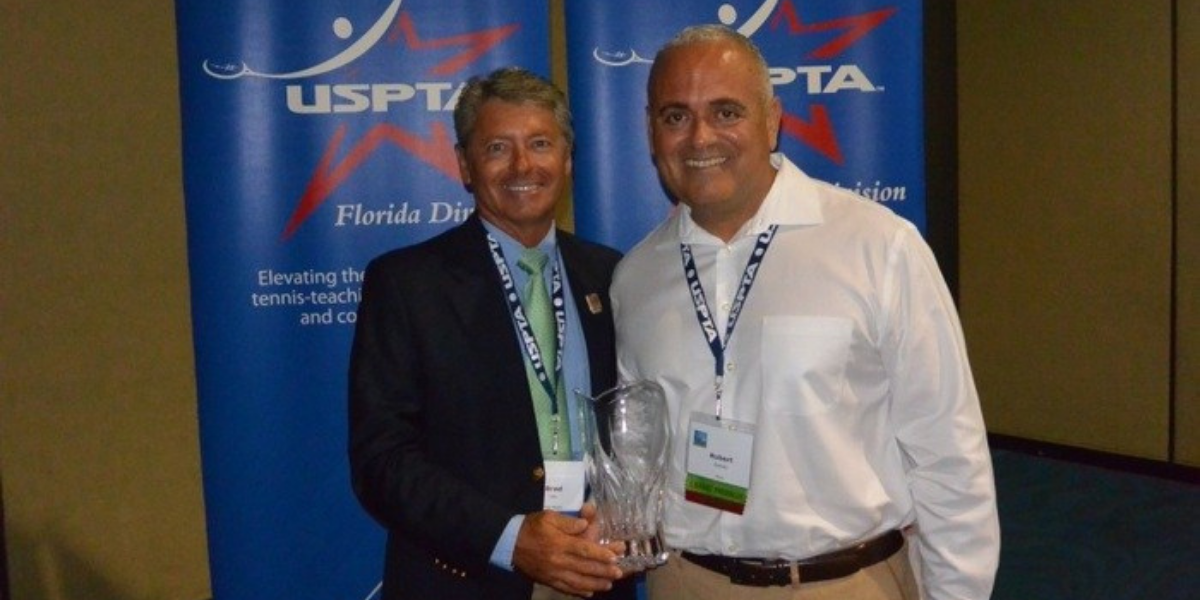 Robert Gomez is a Professional Tennis Operations Supervisor for the City of Coral Gables, Florida, and the Chair of the USTA Florida Coaches Commission.

As the supervisor, the position is responsible for organizing and implementing all programing for adults and juniors and is responsible for managing contracts for the Tennis Professionals. Robert oversees all maintenance matters including clay court maintenance at Salvadore Park Tennis Center and assists the Director of Park & Recreation with strategic planning.

His responsibilities include expense budget preparation, management, and revenue assessments for instruction and special events.

In 2011 the City of Coral Gables Parks & Recreation Department was awarded “USTA/Florida Organization of the Year” award. This award was selected by the board of directors for the United States Tennis Association Florida division. There are more than 640 organizations in Florida including private clubs, public tennis centers, hotels, and tennis academies.

Four ladies teams in two different levels have won their regional championships and represented the city at the State Championships.

The junior pathway division has been recognized as one of the best in the state as evident by two USTA Multi-Cultural Diversity grants awarded in 2012 and 2013. Graduating players have gone on to earn scholarships or play at NCAA Division 1 programs such as; Duke, UCLA, Harvard, UF, FSU, Louisville, Brown, Boston College, Emory, Amherst, Denver, and Middlebury. Juniors have won multiple international, national, and state level events.

As Supervisor Gomez’ recognitions include:

He serves as district vice president for USPTA/Miami; served on the Junior Competition Committee for USTA/Florida 2007-2017 and serves on the Junior orange Bowl Committee