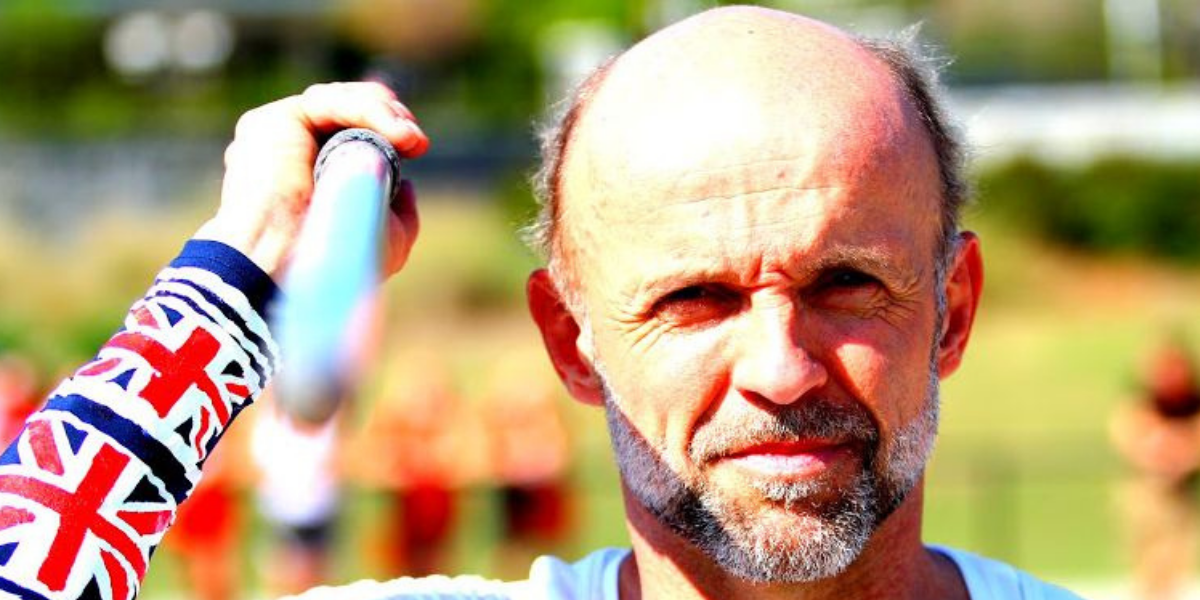 Roald Bradstock is an athlete and an artist, famous worldwide as a master of each vocation—a world record javelin thrower, media has nicknamed Roald Olympic Picasso for his art works.

He is a member of the IOC’s Olympic Culture & Heritage Commission, Chair of the World Olympians Association (WOA) Arts Committee (OLY Arts), and Executive Director of Art of the Olympians (AOTO) - an International Olympians Arts organization.

Roald is an international award-winning Sports Artist and recipient of the prestigious International Sports Artist of the Year Award (2003) given by the United States Sports Academy (USSA) and American Sports Art Museum & Archives (ASAMA). Roald is known worldwide in the media as the “Olympic Picasso” for his ideas, vision, and approach on how sports and the arts interconnect.

At age 6 he was inspired watching the 1968 Mexico Olympic Games on TV, and set a goal of becoming an Olympic javelin thrower. Later that same year he was diagnosed with Spina Bifida and Hydrocephalus and told by doctors to avoid physical activity and playing sports.

Undeterred by his medical diagnoses and subsequent physical limitations Roald tapped into his unique creativity, to develop new exercises, techniques, and approaches to training and competing.

As a teenager - in the 1970’s - he was a competitive swimmer, Olympic & Power lifter, and javelin thrower. But it was his ability to throw where he really excelled smashing school, district and county records that still stand today. By 1981 at age 19 he was #2 on the World (U20) Junior Rankings.
*In 1973 - aged 11 – Roald was banned from playing cricket at school as his arm speed when bowling was deemed “too fast and dangerous.

In 1981 Roald left England and moved to the US. He got his fine arts degree at Southern Methodist University (SMU) while he trained and competed for the school and his country on the international circuit. While at SMU he broke the British and Commonwealth Records multiple times ( 91.40m / 299ft 10”), won the Texas and Penn Relays, became an Olympian (’84), and 3-time All American.
*In 1985, weighing 198lbs he bench pressed 400lbs and was clocked at 100mph throwing a baseball!

Later that year he moved to Los Angeles and began training and coaching at UCLA where he continued to improve the British and Commonwealth Records (83.84m/275ft 1”).

From 1992 to ’96 Roald launched a personal training and fitness consulting business, became a continuing educational provider (CEC) for the American Council on Exercise (ACE), and began writing articles on sports and fitness training for a variety of national and international publications. He also developed a unique new training concept called Boll-o-Boll that improved strength, flexibility, and coordination. He designed and fully illustrated a training manual with protocols and 170 + drawings and held workshops throughout southern California at gyms, spas, and schools for personal trainers, coaches, and athletes.

In 1995 Roald became a US citizen and in the 1996 year competed in his 1st US Olympic Trials (4th total) in Atlanta, Georgia where he moved to later that year.

Since late 1996 Roald has lived in Atlanta where he has focused on his art and studying and promoting the universals languages of sports and art and showing the connection and similarities between the two.

In 2000 he won the United States Olympic Committee (USOC) Sport Art Competition. His winning painting went on to be displayed at the IOC’s Olympic Museum in Lausanne as part of the cultural activities in the build up to the 2000 Sydney Olympic Games.

In 2006 Roald became a founding member of Art of the Olympians (AOTO). Some of the fellow Olympian artists in the small group included Olympic Icons Al Oerter, Bob Beamon, and Peggy Fleming. Their first exhibition(s) were in November 2006 at the United Nations (UN), the National Arts Club, and for the entire month of November in Times Square in New York on the giant Panasonic screen.

In 2007 Roald became an Olympic Sport Art Ambassador in the UK for the British government’s 2012 Olympic educational legacy program. Over the next 5 years, in the build up to the 2010 London Olympic and Paralympic Games, he held Sport Art workshops at Sports colleges all over England. That same year he also broke his first Masters World Age Group Record (M45) with 71.74m.

In 2017 Roald was appointed to the Olympic Culture and Heritage Commission by IOC President Thomas Bach. The same year he broke his 3rd Masters Age Group World Record (M55) with a throw of 66.76m.

In 2018 Roald was the lead artist for the IOC’s first ever Olympian Artists in residence Arts program at the Pyeong Chang Winter Olympic Games. Later that year the World Olympians Association (WOA) appointed Roald as the Chair of the new WOA Arts Committee (OLY Arts).