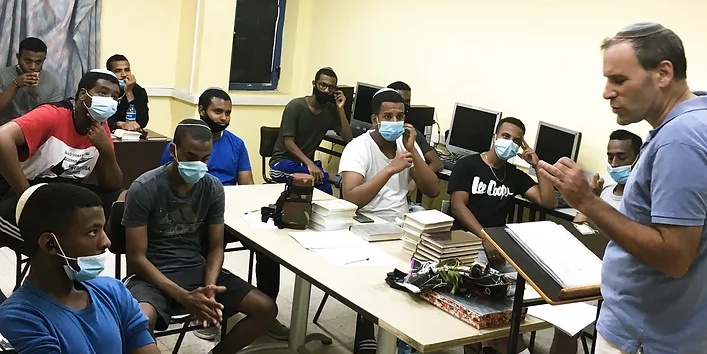 In 2019 Rabbi Shalom Hammer’s daughter, Gila died by suicide. He decided to turn his tragic loss into a means of helping others in crisis, in Gila's memory.

He became a certified MHFA (Mental Health First Aid) instructor and was the first person to deliver the course in Israel. Rabbi Shalom Hammer is a motivational lecturer for the Israel Defense Forces/TZAHAL and an educator in the Netiv conversion course of the IDF.

He also developed a series of presentations called Gila’s Way, and an initiative called Spread Joy, through which he champions mental health awareness and educates regarding suicide prevention.

He is the founder and director of Makom Meshutaf, an organization that teaches tolerance and offers non-denominational and non-coercive Jewish educational programming throughout Israel’s Pre Military Academies.

He has authored ten books and serves as a guest presenter for communities worldwide.

Rabbi Shalom Hammer lives in Israel now 32 years with his wife Gabi, his children, and grandchildren.