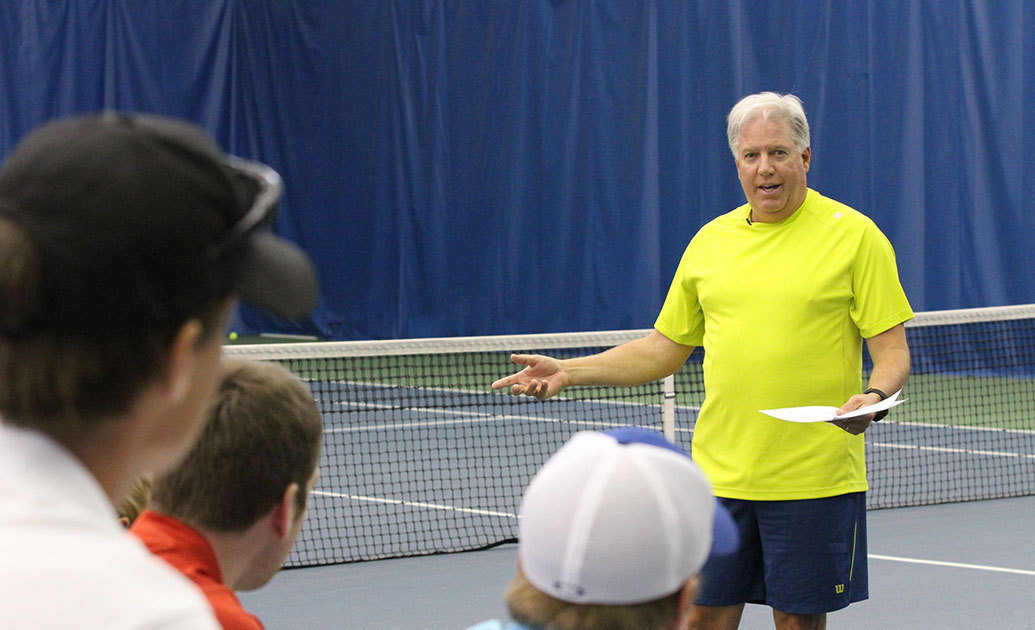 Dr. Paul Lubbers has been involved in tennis in many roles including player, teacher, coach, writer, speaker and researcher. In his most recent role he has served as a Master Coach Educator supporting the United States Tennis Association working in the Player Development Division as well as his own consulting business which focuses on helping coaches, athletes and sports organizations better leverage the performance team model to foster development.

Throughout his two decades with the USTA he served as the Sr. Director of Coaching Education and Performance where he managed and directed activities related to Strength and Conditioning, Medical Services, Mental Skills, Sport Sciences and Data Analytics for Player Development Training Centers. Prior to working with the USTA, he served as the first Division 1 head men’s and women’s tennis coach at the University of North Carolina, Greensboro and worked previously as a Tennis Teaching Professional at South Fulton Tennis Center in Atlanta, Georgia.

As a writer and editor he has contributed to many leading tennis-related publications and websites including Tennis magazine, ITPA, ITF Coaching and Sport Science Review, USTA High Performance Coaching Newsletter, TennisI-coach.com and TennisPlayer.net. He was a co-author and editor of the "USTA Mental Skills and Drills" manual and has written chapters for many Tennis related books including Tennis Science.

He has lead the way in creating on-line learning platforms and courses to support the education of Tennis Coaches in the United States and is known as a Leader driving team collaboration to grow and develop the game of tennis across the player pathway and tennis industry.

He is currently a member of the United States Tennis Association’s Sport Science Committee, the ITF Coaches Commission and has served on the ITF Sport Science and Medical Commission.

Paul received his bachelor’s degree from Hope College, earned his master's degree from Indiana University and his Ph.D. in exercise and sports science at UNC Greensboro. His research interests have focused on teaching, coaching and sport psychology as it relates to sport and performance. He is a member of both the USPTA and the PTR.

Paul lives with his wife Kathy in Key Biscayne, Fla. He has a passion for the outdoors and spends his free time chasing tarpon, permit and bonefish across the flats of Biscayne Bay and other tropical waters which they inhabit.