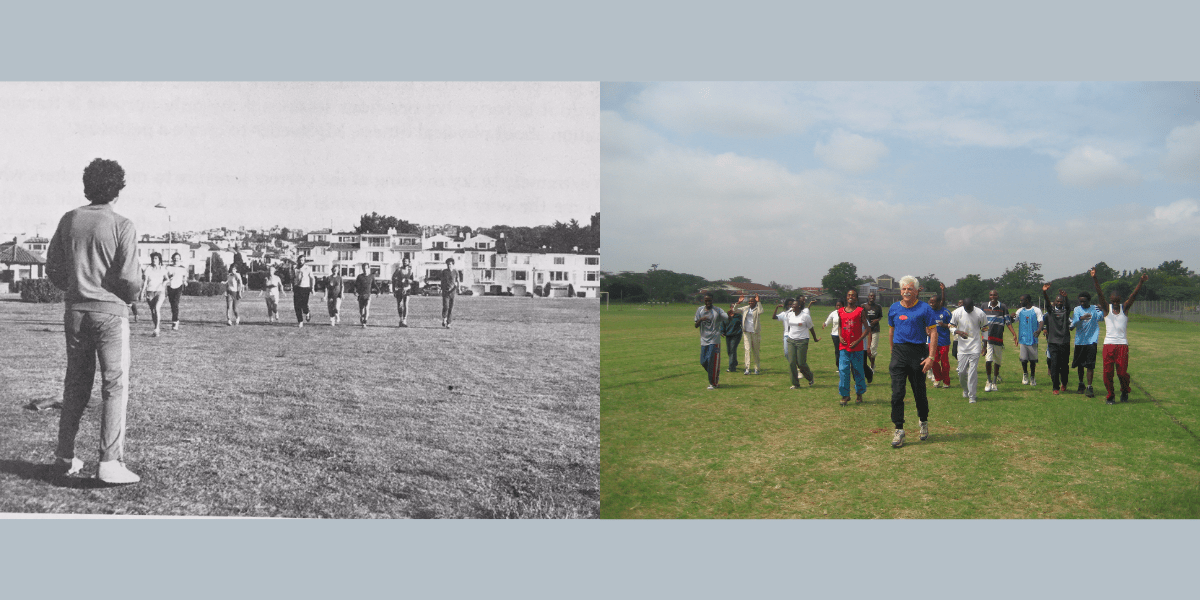 Michael Spino, Ph.D., is the founder and CEO of Spino Running and The Mindful Runners.

A standout runner at Syracuse University, he set records in the mile and cross country, then ran for the LA Track Club under Hungarian Coach Mihaly Igloi. In the early 70s, Spino began teaching his Beyond Jogging classes and became an integral, original member of a group of pioneers in the sport mental training movement.

He published his first of six books on the mental and physical aspects of sports, the NY Times Bestseller Beyond Jogging: the inner spaces of running, and for over a decade taught hundreds of workshops.

In 1974, he became the Director of the Esalen Sports Center. He led large conferences including those presenting Australian Coach Sir Percy Cerutty in Malibu, Santa Barbara, Catalina Island, and San Francisco and another, sponsored by the National Endowment for the Arts with the International Track Association, and as well as the International Pro Track Meet at the University of Oregon.

Spino was Director of the 10-nation, Atlanta Pre-Olympic 1984 Training Camp at Emory University for developing nations sponsored by the USIA with support from then-Mayor Andrew Young which helped keep African, and other nations, from boycotting the Los Angeles Olympic Games. Reflections on the camp experience, viewed by IOC officials in Spino’s camp video, aided Atlanta in being awarded the Games in 1996. In 2005, he directed the only US Conference for sport, development, and peace in The International Year of Sport and Physical Education (IYSPE) under UN Secretary-General Kofi Annan.

At Georgia Tech in the 80s and Life University in the 90s, he coached many sub-four-minute milers and his runners broke every middle distance and cross country school and state records, and many national records. Life University teams won 12 National Championships.

Dr. Spino earned his Ph.D. in 2012 from the research-oriented European university Lille ll in France based on unique research in mental training and event rehearsal. Dr. Spino teaches in the graduate program of the Kinesiology and Health department at Georgia State University in Atlanta.