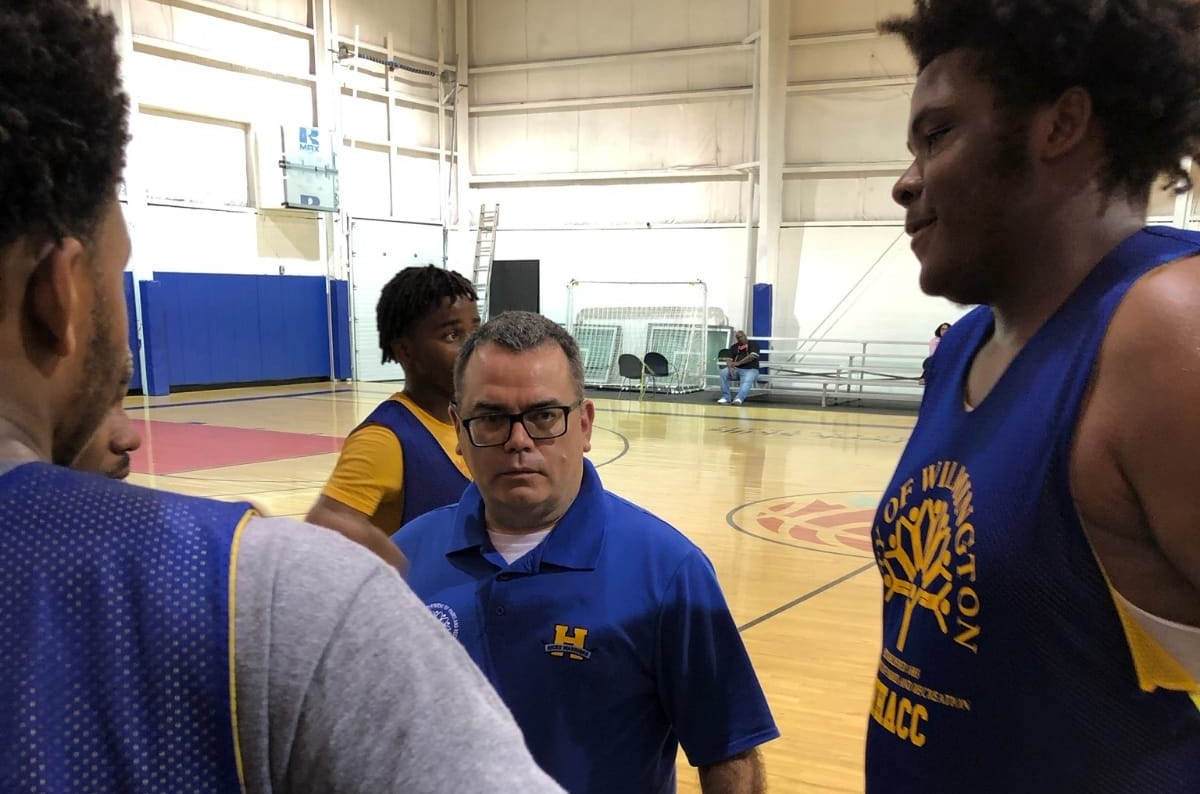 Michael Shepherd was previously the Head Boys’ Basketball Coach at McKean HS and Salem Community College along with being an assistant coach at Goldey Beacom College. He also worked at the prestigious John Lucas Camp and ACC Camp where he worked with several NBA players such as Kevin Durant Carmelo Anthony and Pops Mensu Bosu

As an assistant with Goldey Beacon he helped GBC to straight appearances in the conference championships. As the head coach of McKean HS and Salem Community College, Shepherd’s teams led the State in scoring and SCC was one of the highest scoring teams in the nation.

He is a Temple University (1996) graduate who received a Master’s Degree in Education from University of Delaware. He is also a teacher at his alma mater William Penn HS where he assist Former Xavier and William Penn Alumni Gary Lumpkin

Shepherd is most notably known for his role in serving the community as the Head Coach of the DE LifeBall boys’ basketball AAU team. Over his tenure as Head Coach and Director of Operations of DE LifeBall, Shepherd has helped place over 130 of his former players at the Division I II and III level.

“Mike Shepherd has established himself as someone who volunteers so much of his time to give back to the community. Having been part of one of the most respected AAU programs in the region, Mike’s teams were comprised primarily of Delaware student-athletes. Serving as a mentor to many of his former players, he always stressed the importance of education. Using basketball as a motivator, Coach Shepherd has helped a lot of young men achieve success in the classroom they might not have known they were capable of” Head Goldey Beacom College Coach Hammond said.