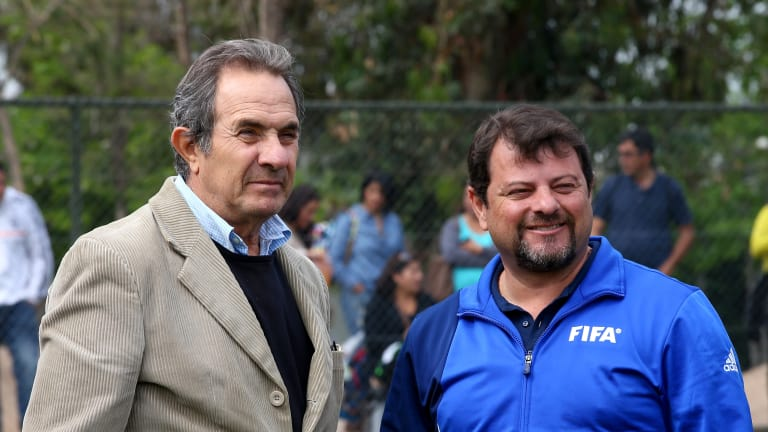 Mauricio Marques’ professional experience includes engagement as FIFA Instructor since 2009 and head of Coach’s Education, CBF Academy since then. He has also been a member of the Technical Coaching Commission CONMEBOL since 2016. He has been Physical Education Coordinator at Saint Anthony College, since 1990

As FIFA instructor he is also the liaison with FIFA in regards to the football and grassroots programs. During his career as a player, coach and manager at international level and with a Masters in Sports Sciences, Mauricio combined his scientific knowledge to the hands on football world.

He earned Masters in Sports Sciences UFMG 2008 and Bachelor in Physical Education UFMG 1990 and MBA specialization in Management and Teaching PUC Minas 1994.

Mauricio developed himself the CBF Coach ́s Education Methodology and has been acting as Head of Coach ́s Education for CBF Academy since 2009. He is also the creator of GOL BRASIL Methodology direct to football and futsal talent identification programs. He has experienced the organization of national and international tournaments, including the Olympic Games in Australia, FIFA Futsal World Cup in China Taipei, and technical visits as a consultant to Germany, Weggis and South Africa.