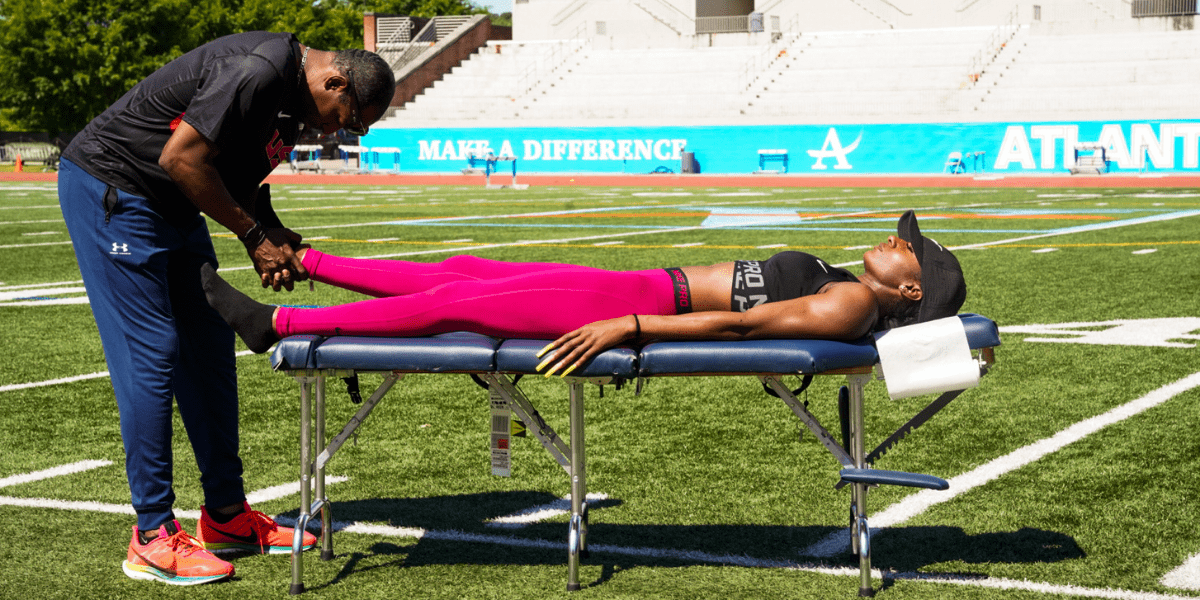 He has worked with several world and Olympic champions, and world record holders in track and field as well as NFL and NBA athletes, making positive influences on their performances.

As a sports chiropractor, he makes sure the athletes’ bodies are healthy enough to withstand the sheer volume of time and stress they place on it

As an Olympic-level athlete, he translates the knowledge of biomechanical functions of the human body as it relates to increased peak performance from a neuromusculoskeletal point of view.

Belizaire's Olympic experience has given him the understanding of correct bio-mechanical functions required to reach peak performance.

His education as a chiropractic doctor, and post-graduate education in sports chiropractic, developed his skill set necessary to assess and deliver effective neuro-musculoskeletal treatment for accelerating healing from injury, optimizing human performance, predicting and preventing injury.

Additionally, he served as: USA Track & Field Sports Medicine & Science Committee, a presidential appointment in 2017; a member of Costa Rica’s Technical Committee selecting athletes for the Sydney Olympics; on the field chiropractor to the DB track team composed of 20 Elite T&F Athletes coached by Rana Reider who was named USATF-Nike Coach of the year for 2011; chiropractor for the Speed Dynamics International Training group under the leadership of Coach Loren Seagrave-One of the top track coaches in the world.