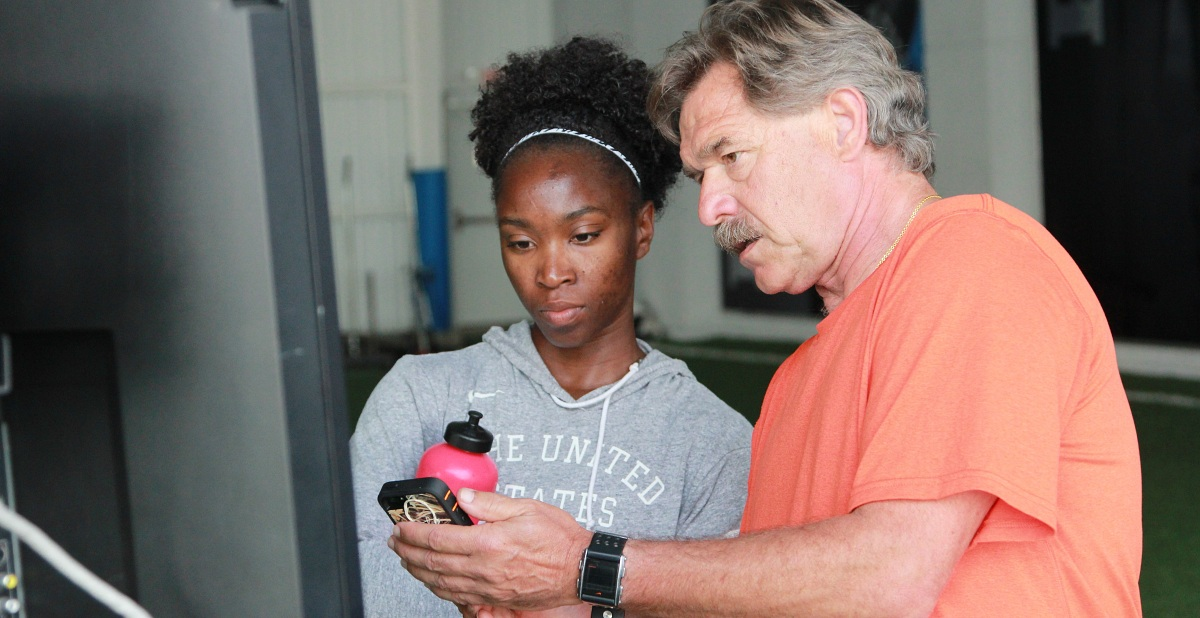 Loren Seagrave is regarded as one of the most renowned speed and conditioning coaches in the world. His ever-reputation extends into topics of human performance optimization, health and wellness and greater quality and enjoyment of life through lifestyle and eating behavior modification.

He also launched a track and field academy and internationally renowned training center that housed dozens of Olympic and World Championship medalists from 50 different countries. Much of the new found success of the Chinese Sprinters has been attributed to the four year time frame they spent working under Seagrave’s tutelage

Seagrave accepted the position of Director of Speed and Movement in 2011 at IMG Academy in Bradenton, Florida. He came aboard to recreate the culture he had instilled as the Director of the International Performance Institute housed at IMG Academy 2001-2005. During the 2011-2018 he also successfully launched a state of the art NFL Combine Preparation program that saw more than 30 first round picks and near 60 second round picks.

He also launched a track and field academy and internationally renowned training center that housed dozens of Olympic and World Championship medalists from 50 different countries. Much of the new found success of the Chinese Sprinters has been attributed to the four year time frame they spent working under Seagrave’s tutelage

He has done extensive work internationally as high performance consultant to Athletics Australia in the preparation of their 1996 Olympic and World Junior Team and the Swiss and German National Athletics Federations in the past decade. In addition he coached Thailand’s sprinters and hurdlers to six senior and three junior national records, including a Gold medal in the Men’s 4 X 100m Relay at the Asian Championships in 2019 Doha, Qatar.

Establishing a reputation in Track and Field as one of the best sprint and hurdle coaches in the world, Seagrave has worked with numerous Olympic and World Championship medalists, National and World record holders and collegiate All-Americans. From 1985-1989, as the Head Women’s Track and Field Coach at Louisiana State University. Seagrave laid the foundation for the track dynasty that reigns today. He orchestrated the first five NCAA Championships along with 12 SEC Championships for the LSU Lady Tigers.

Seagrave has coached Olympians in the Olympics 1988 - 2016. In 2000, Seagrave co-coached dozens of Olympians from over 30 different countries including the 2000 Gold Medalist in the 200-meters, Pauline Davis and consulted with the Bahamas “Golden Girls’ who struck Gold in the 4 X 100m Relay. He also served as Head Olympic Coach for Liberia, recording two national records in the Men’s 4 X 100-meter Relay. In 1998, Seagrave was sought out to direct the training of 100-meter Olympic Champion and World Record Holder Donovan Bailey.

In 2008 Seagrave coached a new training group comprised of track and field athletes who were looking to make comebacks. The results were highlighted in 2009 by Dwight Phillips, who did not qualify for the USA Olympic team the year before, not only winning his third World Championship in the long jump, but at age 31 set a new personal best in the event, 8.74 meters (28-8 ¾), which drew him equal with several other jumpers as the fifth best jumper in history. Seagrave currently trained Angelo Taylor (USA), 2000 and 2008 Olympic Gold medalist in the 400-meter Hurdles and Joice Maduaka (GBR) one of the most decorated female sprinters in UK history with nine indoor and nine outdoor national championship titles to her credit.

Seagrave combined his expertise with co-author Kevin O’Donnell to produce the SPEED DYNAMICS Training System and Instructional Video Series. The video series is used by coaches and athletes in over 100 countries. Their approach empowers the coach and athlete giving them the knowledge and the tools to become self-sufficient in their quest for excellence.

Most recently, Seagrave has served as Coach Consultant for the Athletics Association of Thailand, and the Brazilian Olympic Committee