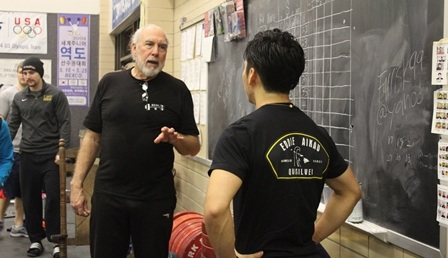 Kyle Pierce, EdD, is a professor in the Kinesiology and Health Science Department at Louisiana State University in Shreveport (LSUS). He received his bachelor’s from the University of Western Kentucky, his master’s from Florida International University, and his doctorate from Auburn University. He has written extensively on the Olympic sport of weightlifting, and strength training and conditioning.

Kyle is the Head Coach of the LSUS Weightlifting Center, a USA Weightlifting Community Development Training Site. The program provides local youth a free opportunity to learn and train for the sport of weightlifting and/or to do strength training for their specific sport. The Center also hosts a Paralympic powerlifting program.

Kyle has repeatedly coached USA and foreign teams at the Olympic Games, World Championships, and Pan American Games. He has coached numerous male and female lifters to all levels of international success, including Kendrick Farris, a three-time Olympian and three-time Pan American Champion. Currently, Kyle serves as the National Coach and High-Performance Director for the Ghana Weightlifting Federation.