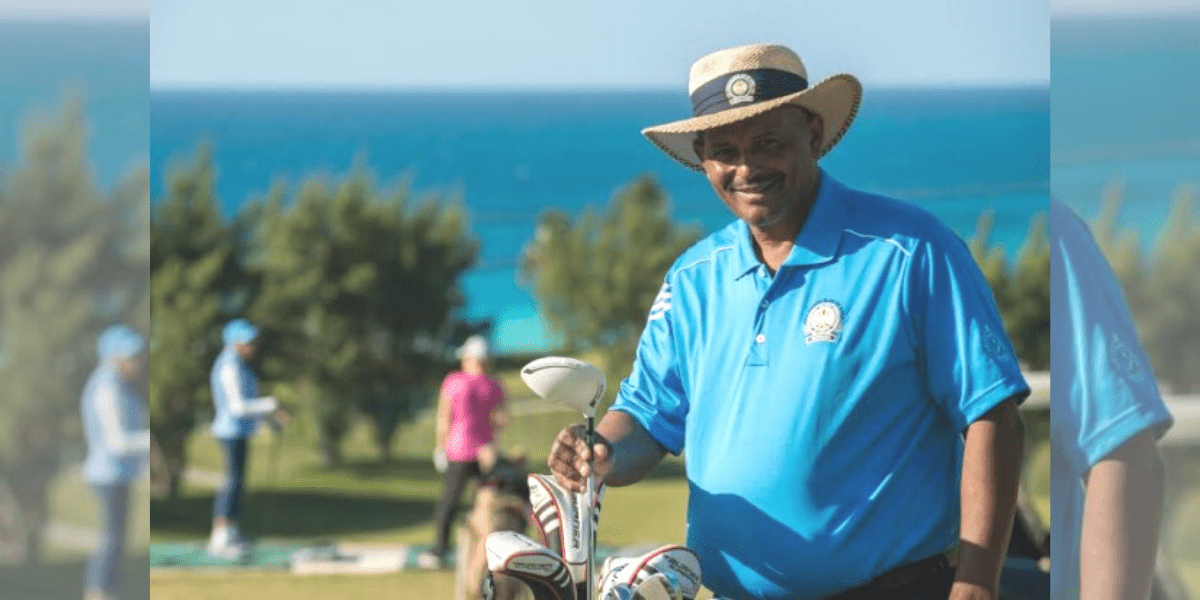 Hubert 'Kim' Eugene Swan JP MP is a Professional Golfer from Bermuda, a former member of the PGA European Tour, a 3-time Bermuda Open Champion, and a former collegiate winner for Troy (State) University where he was MVP 1978/79.

Today, Kim is a member of Parliament, having served in the legislature for 18 years, Chairman of the Bermuda Government Golf Courses, and a Director on the Bermuda Tourism Authority.

As a member of the Bermuda branch of the Commonwealth Parliamentary Association (CPA), he has represented Bermuda at several conferences in Bermuda, the Caribbean, Tanzania, and Uganda where he was a keynote presenter on commonwealth benchmarks for democracy.

Although a sitting Parliamentarian he is a professional golfer by trade and holds the distinction of being the first Bermudian to compete as a member of the PGA European Golf Tour. As a collegiate golfer, Kim represented Troy State University and won three NCAA collegiate golf tournaments. He experienced unprecedented success here and overseas winning the Bermuda Open Championships three times, the Americas Zone Qualifying for World Cup of Golf, and several individual and team collegiate titles. He participated in many prestigious international golf tournaments including the World Amateur (Eisenhower Cup), the World Cup of Golf, the Dunhill Cup, Porter Cup, Azalea Amateur, International Fourball, and numerous championships at the Collegiate level.

Kim has the distinction of competing in the Caribbean, South America, on the PGA European Tour and the Canadian Tour. He is an honorary member and former President of the Bermuda Professional Golfers Association and a much sought-after Golf Coach who regularly writes articles for local and international golf publications.

Kim was educated at The Southampton Glebe, Berkeley Institute, and Warwick Secondary in Bermuda and received further education at Palm Beach Junior College (now Palm Beach State College) in Florida and he graduated from Troy (State) University, Alabama with a Bachelor of Science degree. Kim is married to Cindy and they are proud parents of two daughters and two sons.