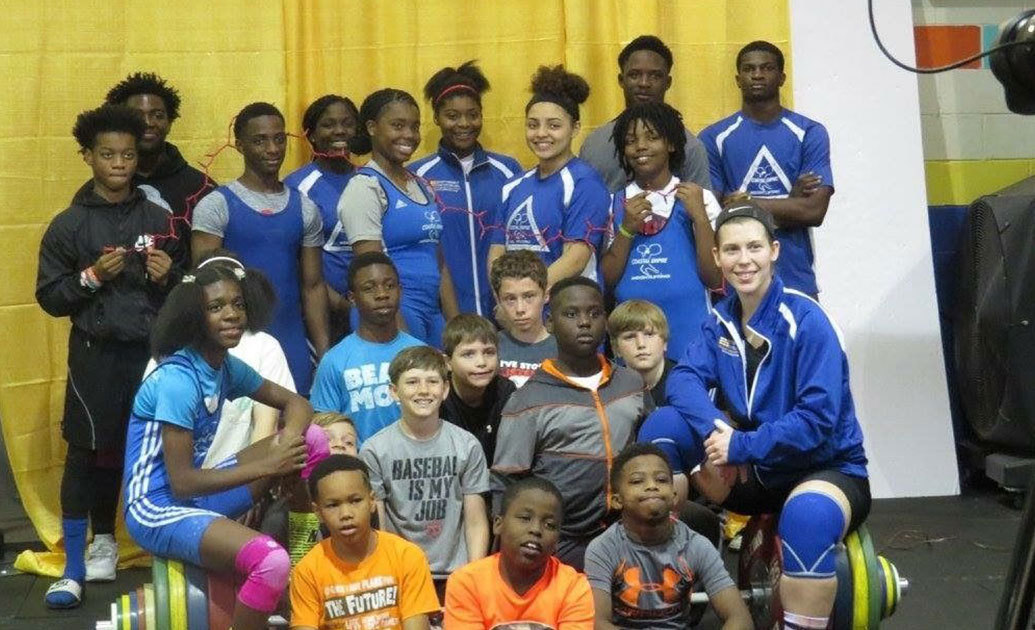 I began my journey in 1991 as an athlete to recover from a back injury inflicted by a drunk driver. Under the coaching of Angel Spassov, I was able to compete at the national and international levels through 2001. In 1998 I began my journey as a club coach. My next progression was in 2005 , when I founded Performance Initiatives. Performance Initiatives (PI) is a 501 (c) 3 organization developed to serve transient and underserved youth ages 7 through college, using Olympic Weightlifting as a tool to encourage youth to reach their potential: excelling on and off the platform. Coastal Empire Weightlifting is our club name also founded in 2005. Today, PI serves more than 150 youth age 7-college each year. PI athletes have earned multiple youth and junior national titles while breaking national and Pan American records to earn their spot to compete for Team USA internationally at the youth and junior levels.

PI programs have produced International, Pan-American and American champions ranging from 12 years of age and up with many breaking records along the way. Off the platform the program has seen multiple college scholarships awarded, Doctorate degrees in medicine, improved school attendance, improved grades and overall increased engagement in school and the community.

PI programs have produced Youth National Champions, record holders , Youth World, Youth Pan Am Champions, record holders, medalists and Junior World Team members and medalists. I have served as the Team Leader for the 2010 USAW 17U Pan American Team, 2011 USAW Youth World Team, Head Men’s Coach for the 2012 USAW Youth World Team and 2016 Youth Pan American Championships Team Leader. I have continued to personally coach athletes at the international level since 2017 to date. I am currently a USAW International Coach, USAW Instructor, National level referee and GA LWC Coach Representative. Having had the honor of being the first female to coach a youth world medalist (Kaiya Bryant, 49kg) in 2019, I look forward to being able to collaborate with other coaches to improve our sport and build a stronger community.

Over the past 4 years, PI has been partnering with local universities for athletic internships and continued educational programs to develop coaches in all sports with a focus on youth development/balanced progressive athletic and character development in a drug free environment.