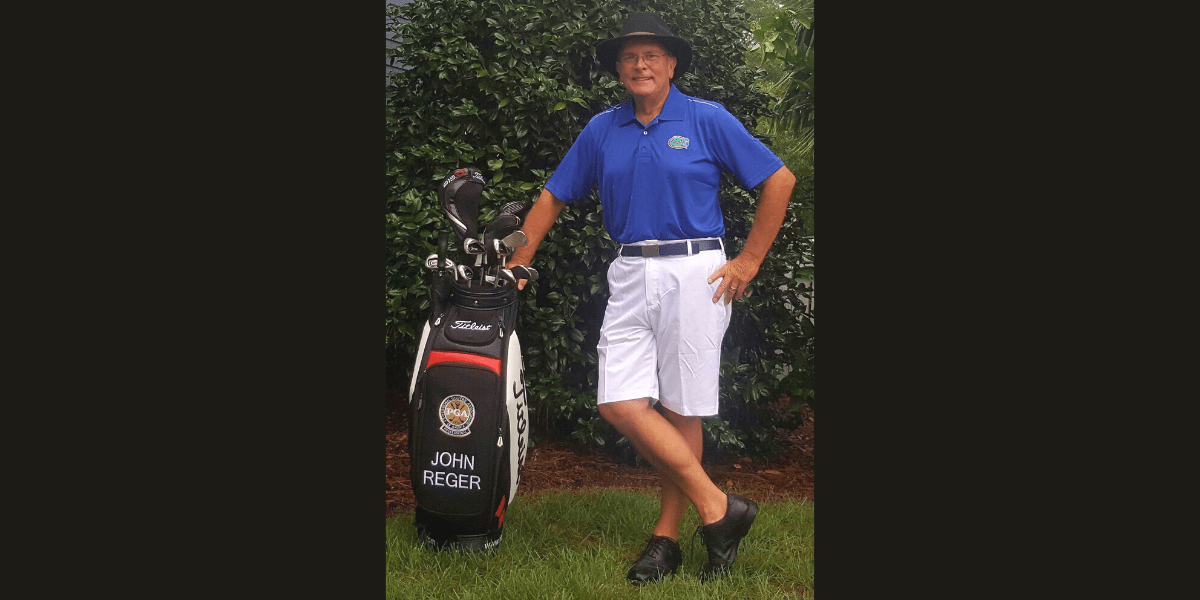 John Reger, a PGA professional for over 40 years, has served the golf community as a coach, teacher, administrator, and entrepreneur.

He led the PGA’s influential North Florida section as president in two separate terms. He is extensively involved with Growing the Game of Golf, including serving as the Captain of the PGA Junior League Golf, and Director of the PGA Family Cup.

As a teacher and coach John’s career began as head coach at Hillsborough Community College where he recruited coached and conducted competitions under NJCAA Governance. His players went to NCAA teams and PGA Tours. Additionally, he served as head golf coach at St. Francis High School in Gainesville, FL, and was named High School Coach of the Year in 2013.

A prolific writer and columnist, his contributions have appeared in most major golf publications and websites. As a broadcaster and producer his syndicated golf reports aired on ESPN and Fox affiliates across the United States.

John Reger’s extensive business leadership and skills in development, acquisition, and management have attended much of Florida's outstanding golf properties. He has served for 25 years as the starter and announcer for the PGA Tour Champions event in Tampa. He is a board member of the Florida Sports Hall of Fame.

Connect with John Reger via johnregergolf.com