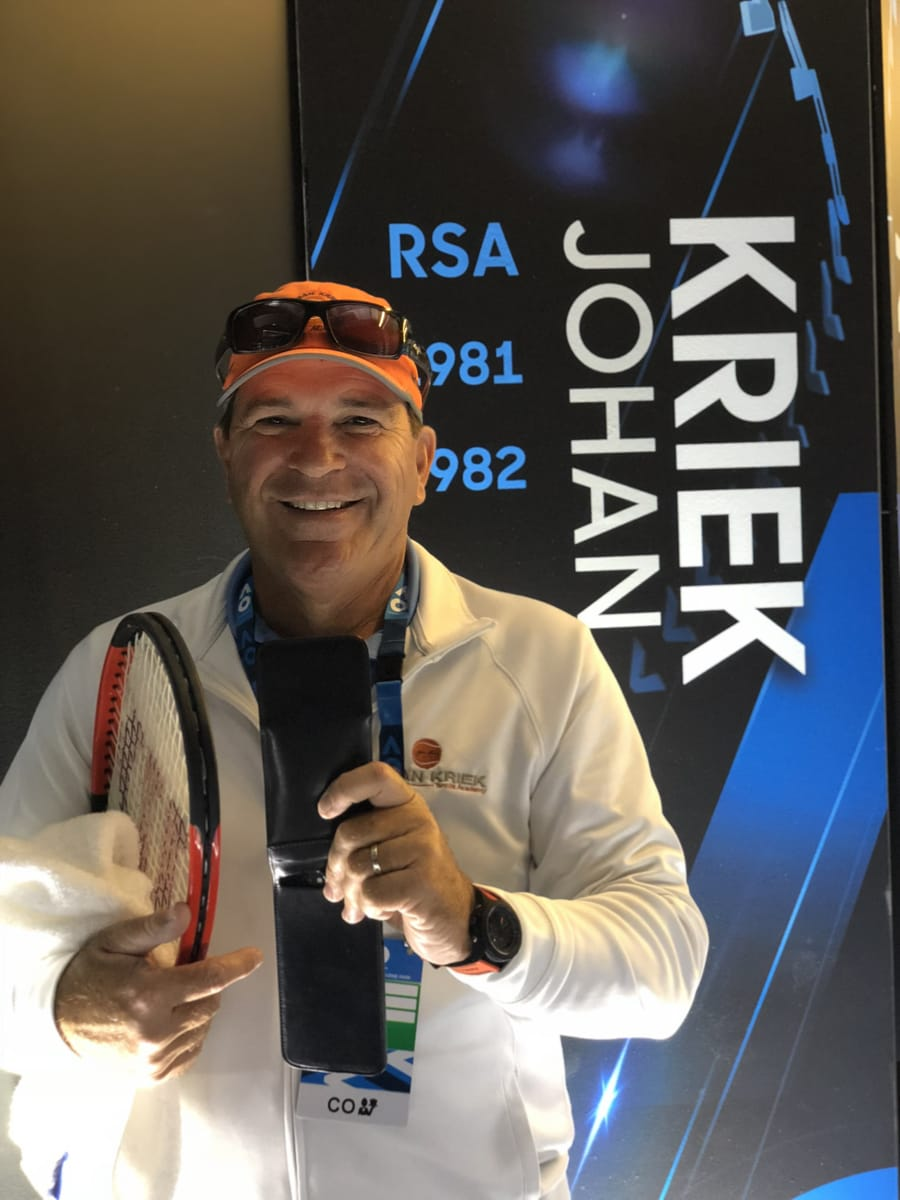 Johan Kriek, a two-time Australian Open Tennis Champion and SportsEdTV advisory board member and senior contributor was born in Pongola, South Africa, and became a U.S citizen in 1982. He has won 14 professional singles and 8 doubles titles, reaching an all-time high ranking of number 7 in singles and number 12 in doubles in the world.

Beyond his on-court achievements is Johan Kriek's strong sense of empathy with the global community. He is the founder of The Global Water Foundation which provides clean water to third-world countries.

From 1993 to 2000 Kriek played on the Champions Senior Tour with Connors, Borg, McEnroe, and others reaching the number 1 senior tour world ranking in both singles and doubles. Kriek and his doubles partner Kevin Curren have won the Wimbledon Senior Doubles title four times in a row from 2003-2006.

Born in South Africa; Johan lived and coached in Austria from 1975-1978; moved to Naples, Florida in1978; currently resides in Palm Beach Gardens, Florida. He is fluent in 4 languages, English, Afrikaans, German, and Zulu.

Johan Kriek has enjoyed a long and active playing career, He played the men's over 35 tour with Connors, Borg, and McEnroe. For 10 years he was ranked number one in both singles and doubles winning a total of fifteen tournaments. His most recent titles were won with his partner Kevin Curren winning Wimbledon's over 45 doubles 4 years in a row.

Kriek's coaching career began before becoming a professional tennis player teaching European juniors to earn money for tournaments. He has been coaching for several years and is known for his unique teaching style. His tremendous tennis knowledge, sense of humor, and approachable personality make him a coach kids love to be around and respect. He is probably the highest ranked professional player that is "on the court" and is dedicated to the coaching and development of his students. Kriek brings a winning attitude, trust, and security to the Johan Kriek Tennis Academy.