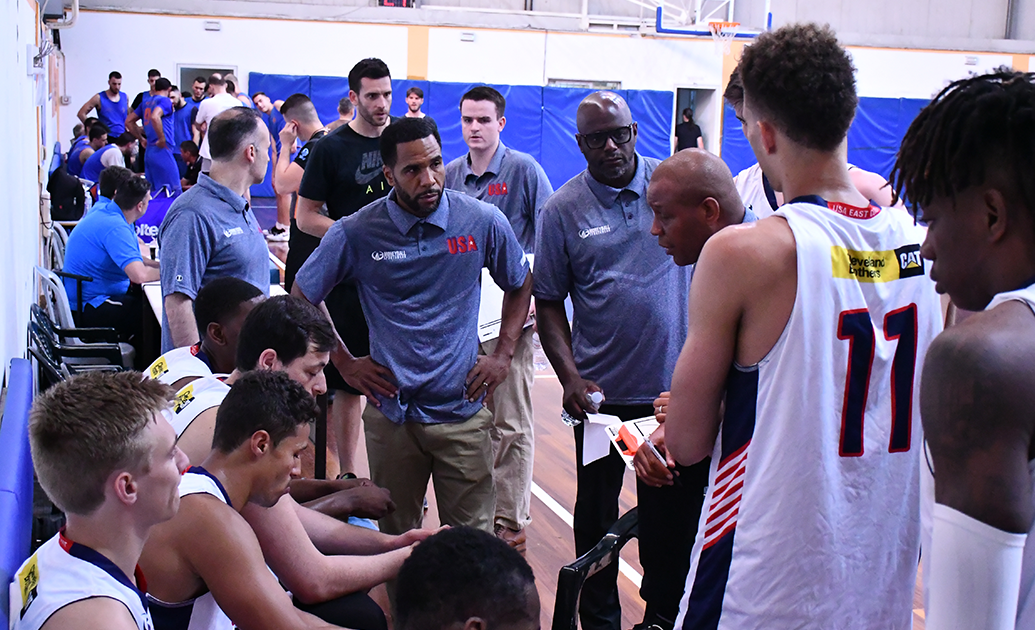 Jason Gilliam-Alexander discovered his love for basketball in his early years in Hollis Queens, New York. After having a distinguished basketball career throughout high school and college, Jason’s skill set as a point guard set him up for a stint with Kalnapalis of the Lithuanian Basketball League. After eight games, Jason declined their contract offer, opting to pursue his academic and entrepreneurial passion of developing an organization predicated upon giving back to student-athletes through education, sports, and professionalism. This decision was pivotal in placing Jason on a path geared toward coaching and mentoring young athletes.

This launched Coach Gilliam-Alexander into establishing his own organizations dedicated to developing young people in five core areas – Leadership, Athletics, Academics, Career Development, and Health & Wellness. Mentoring Valuable Protégé’s, Inc. and its parent company, JGA Protégé LLC uses sports as a tool to prepare young people for the rigors of adulthood. Coach Gilliam-Alexander is still very much involved with this special work.

Jason’s work ethic, his constant need for personal and professional growth, and his innate ability to connect with people propelled him into coaching. It was a natural transition that began with him mentoring at the YMCA and coaching the Boys & Girls Club’s Levine/Slaughter Unit. He moved on to coach the Plantation Power and the Miami Lightning, participants on the grassroots AAU (Amateur Athletic Union) circuit. Then, in 2017, he served as a 9th grade English teacher, boys basketball assistant varsity coach and head junior varsity coach for Nova High School (Fla.).

Along Coach Gilliam-Alexander’s path, he has encountered many great teachers and athletes. He has played for coaching legend Jack Curran at Archbishop Molloy High School, where Gilliam-Alexander played alongside future NBA players Robert Werdann and NBA Draft lottery pick, Kenny Anderson. At Oak Hill Academy, under the direction of another legend in Coach Steve Smith, Protégé played alongside three NBA players, including current ESPN/ACC Analyst Cory Alexander. Gilliam-Alexander played for NBA alum Nate "Tiny" Archibald fresh out of high school for the Boston Shootout before heading to the University of Rhode Island to play for another NBA alum, Al Skinner. He was first mentored by NBA All-Star and current ESPN/ABC Analyst, Mark Jackson, who grew up in the same Saint Albans Hollis Queens, New York community.

Coach Jason Gilliam-Alexander, Protégé, is a product of all of his experiences. The relationships he has nurtured over the years through his association with great people and distinguished organizations has been a marker of success along his life path.

Jason currently serves as an assistant men’s basketball coach at Florida Memorial University. He resides in South Florida with his wife, Ingrid, and their three children