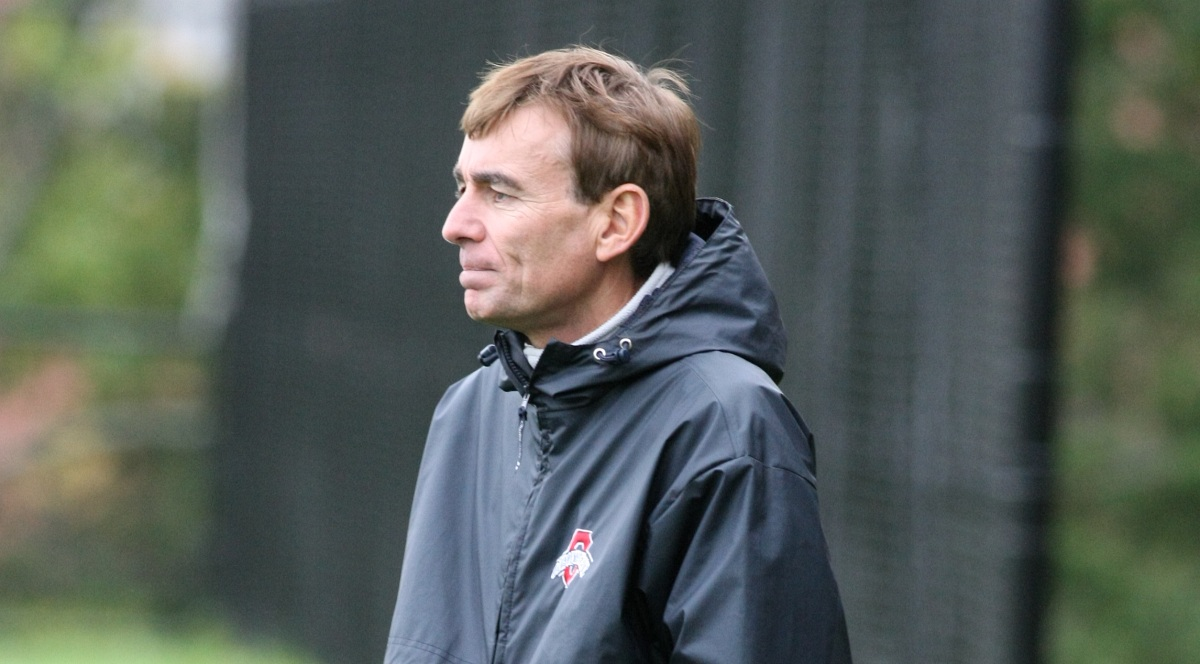 2020 is Iain Byrne’s 18th season as the head coach at Oneonta after filling the assistant coaching role for the previous six seasons. He was born near Liverpool in England, and at an early age his family immigrated to Durban, South Africa where Iain represented the South African School's Team in 1977 and 1978. He turned professional at the age of 18 and played for Durban City and Arcadia in the South Africa Premier League. In 1984 and 1985 and represented the South African National Team in the annual celebratory match against international competition. Byrne settled in the United States in 1986 and then spent 10 years coaching and directing youth soccer organizations in Georgia and Florida before relocating to upstate New York to join the Red Dragon coaching staff prior to the 1997 season.

At Oneonta, Byrne became the head coach in 2004, and the team enjoyed two successful years competing in division one. In 2006, Oneonta was reclassified to division III, and rebuilt the program from the ground up. It has been a successful journey, including the following accomplishments:

Byrne completed studies at SUNY Empire State College, graduating with a Bachelor's Degree in Sports Management. He is a lecturer in the Health and Fitness Department and teaches a soccer-coaching course for the “Sports Management" major. In past semesters, he has taught activity classes in Team Sports, Body Conditioning and Racquetball.