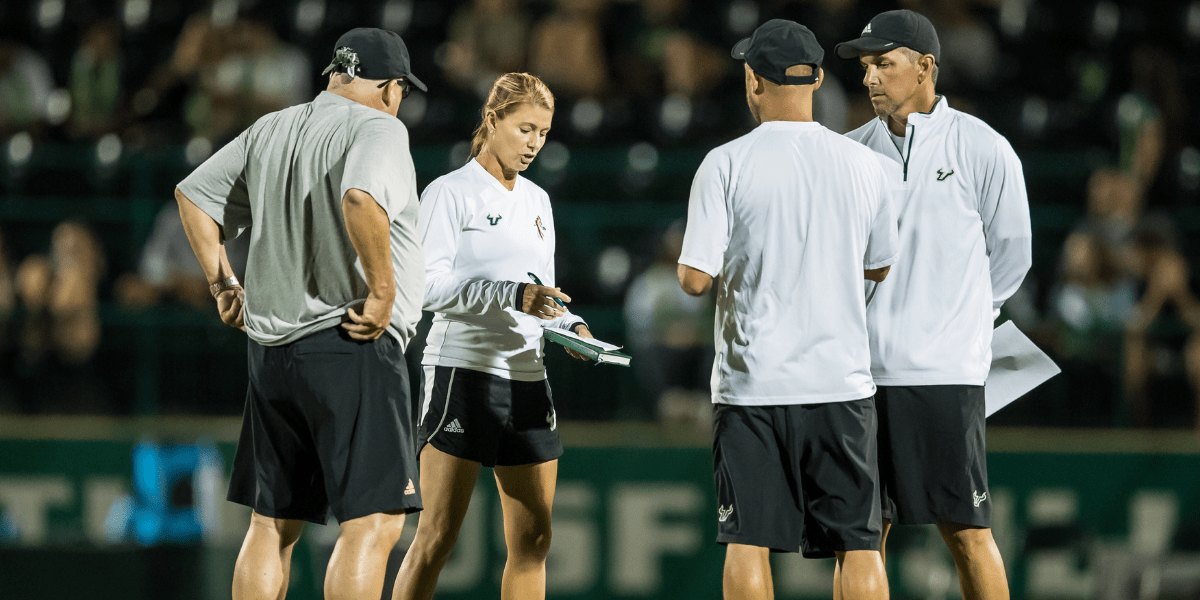 Denise Schilte-Brown entered her 15th year at the helm of the University South Florida women’s soccer program in the spring of 2021 and 24th year as a head coach overall. In her 14 seasons at USF, Schilte-Brown has amassed a record of 154-78-38 and a 248-147-55 slate overall.

Facing the loss of a strong senior class entering the 2020 season and a COVID-delayed season, Schilte-Brown’s guidance helped lead the Bulls to a 10-1-2 finish in the spring of 2021, sweeping the AAC titles and advancing to the second round of the NCAA tournament for the fifth time in program history. Under her mentorship, USF had multiple All-Americans for the first time in program history, with Sydny Nasello and Sydney Martinez both earning the honor for the first time in their careers.

The program's 16-5 record broke the team's record for the most wins in a single season and broke the record set in 2018 for the highest season-ending ranking at No. 12 in TopDrawerSoccer.com’s rankings and No. 16 in the United Soccer Coaches rankings. She also coached the program’s first three-time All-American, with Evelyne Viens earning her third straight selection to the United Soccer Coaches’ All-American Teams.

A native of Grimsby, Ontario, and a member of the 1997 Canadian National Team, Schilte-Brown also played two seasons in the Women’s Bundesliga professional league in Germany as well as the W-League in the United States from 1998-2001.

In February of 2001, Schilte-Brown became the first women’s soccer player to be inducted into UMBC’s Athletic Hall of Fame. The 1996 Big South Conference Player of the Year earned all-conference accolades four consecutive seasons while at UMBC and was the team MVP three of her four seasons with the Retrievers. Schilte-Brown still holds the UMBC record in goals (55), assists (38), and points (148).

Schilte-Brown served four years as a regional coach for the Olympic Development Program (ODP) and ran the national training center in Tampa. She also served as a US National Team Coach for the U-23 national team camp and was a national staff coach for U-23 camps. She was also an assistant coach for the Virginia Youth Soccer Association (VYSA) U-17 ODP. She was also a head coach at both the 2003 and 2004 InfoSport Pro Soccer Combines.

After graduating from the University of Maryland Baltimore County (UMBC) in 1996 with a bachelor’s degree in economics, Schilte-Brown served as an assistant coach at both Eckerd (Fla.) College (1997) and the University of Tampa (1998) before returning to her alma mater. While in Florida, she was also the head coach of the Tampa Heather U-13 and U-19 youth soccer clubs.

Before arriving at VCU in 2000, Schilte-Brown directed the University of Maryland-Baltimore County Retrievers to an 18-17-1 record over two seasons, including a second and fourth-place finish in the Northeast Conference.