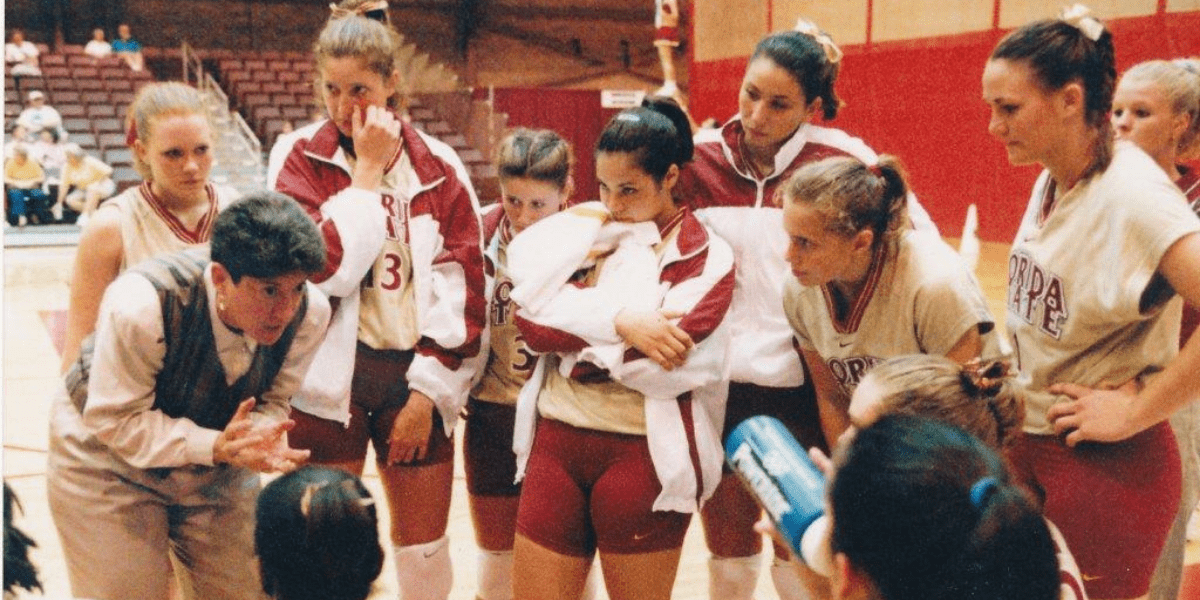 Dr. Cecile Reynaud was named head coach of the Florida State University volleyball team in 1976 and over the next 26 years helped make it a national contender.

She also served as President of the WeCOACH board of directors, an organization devoted to the recruitment, retention, and promotion of female coaches at all levels.

Reynaud compiled an impressive 635 wins, which placed her in an elite group of only eight active coaches with 600 wins during the time of her retirement in 2001. Her teams claimed six Metro Conference Championships, one ACC title, and competed in 10 NCAA Tournaments and three AIAW Tournaments, which was the governing body of women's athletics before 1982.

She has served in various national and international coaching and administrative positions with USA Volleyball and has served on the board of directors twice. She served as a commissioner of the U.S. Olympic Festivals for several years. She recently served a two-year term as the USA Volleyball Board Chair. She has coaching experience at the World University Games, as a Junior National Team Head Coach, in the USA Volleyball High-Performance Championships, and the FIVB World Grand Prix. She was the Deputy Competition Manager for Volleyball at the 1996 Olympic Games in Atlanta and served as the Head of Delegation for the USA Volleyball Women's Sitting Team at the 2012 Paralympic Games and the USA Volleyball Junior Boys Team at the 2015 U21 World Championship. She currently serves on the ParaVolley Ethics Commission and the NORCECA Coaches and Technical Commission. She emcees the International Volleyball Hall of Fame Induction Dinner in Holyoake, MA (2019 & 2021).

Reynaud continues to teach online courses at Florida State University as an adjunct professor. She teaches Advanced Coaching, Athlete Recruitment, and Fundraising for Sport. She also does the color commentary for FSU home volleyball matches during the fall.