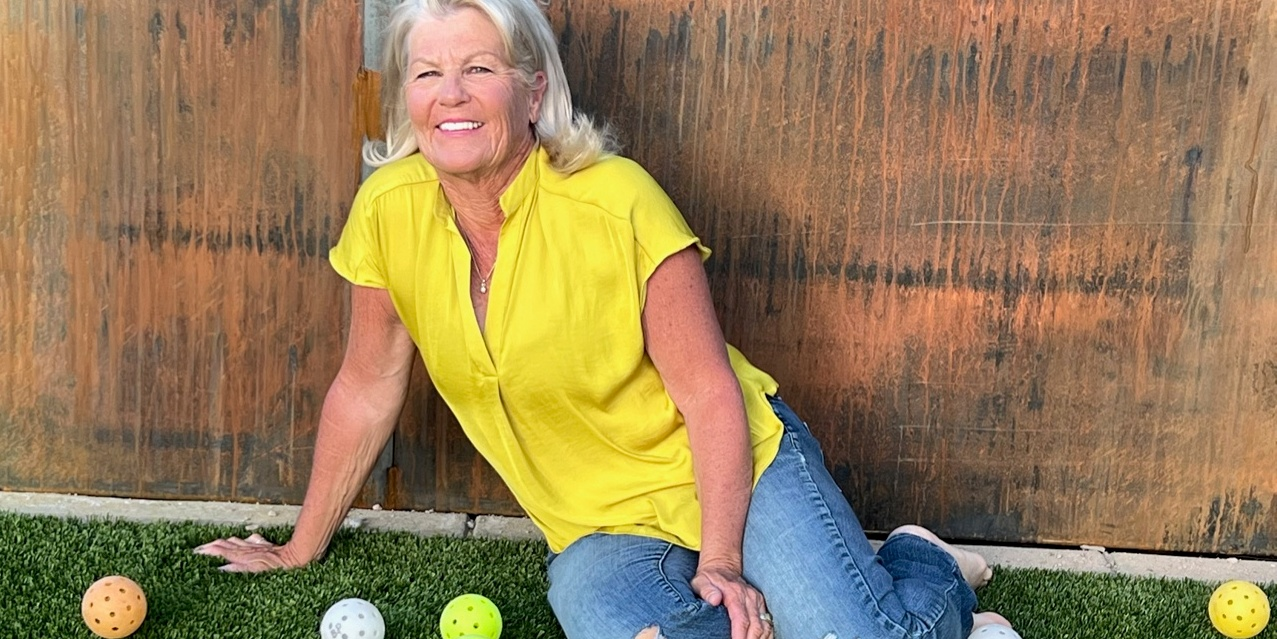 Carrie Lane has been a passionate teacher and coach for over forty years. In her early life, she taught swimming, moved to tennis, and then became a public educator in California for thirty-six years.

Now retired from public education, she teaches and coaches others to play Pickleball, her current passion and near addiction. She is passionate about building positive relationships with everyone involved in the Pickleball sport - from those who’ve never held a paddle to those who dream of winning a National Championship and everyone in between.

Off the court, Carrie continues her education in all things Pickleball. She is well-versed in Brain Health and Neuro Encoding Coaching and weaves these areas of study into her Pickleball coaching. She holds teaching and coaching certifications from IPTPA (the International Pickleball Teaching Professional Association), Player Rater, Neuro Pickleball, and Dynamite Doubles.

According to Carrie, “To elevate your performance - both on and off the court - it makes sense that working with the brain would be an essential part of the curriculum. Your brain regulates everything you say, do, and think. Learning how your brain functions and then using those strategies during play is a gamechanger.”

Carrie brings these and other coaching techniques to Point Made. Point Made’s mission is to integrate Pickleball coaching, neuro intelligence, and mindset redesign to create a holistic experience to improve players’ games at all levels.