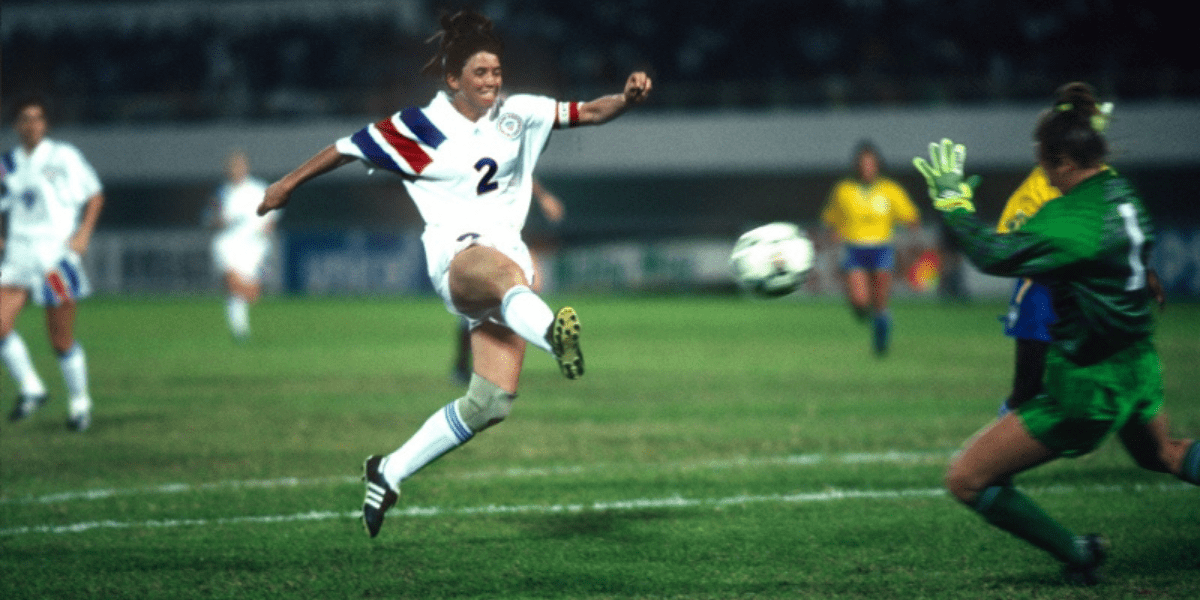 April Heinrichs captained the US Women's National Team to win the first ever Women's FIFA World Cup in 1991. In 1998 she became the first female player inducted into the National Soccer Hall of Fame.

She has served US soccer in numerous coaching, scouting, analysis and directorial roles throughout her career, furthering her immeasurable contributions to women's soccer.

Among her roles, achievements, and awards: