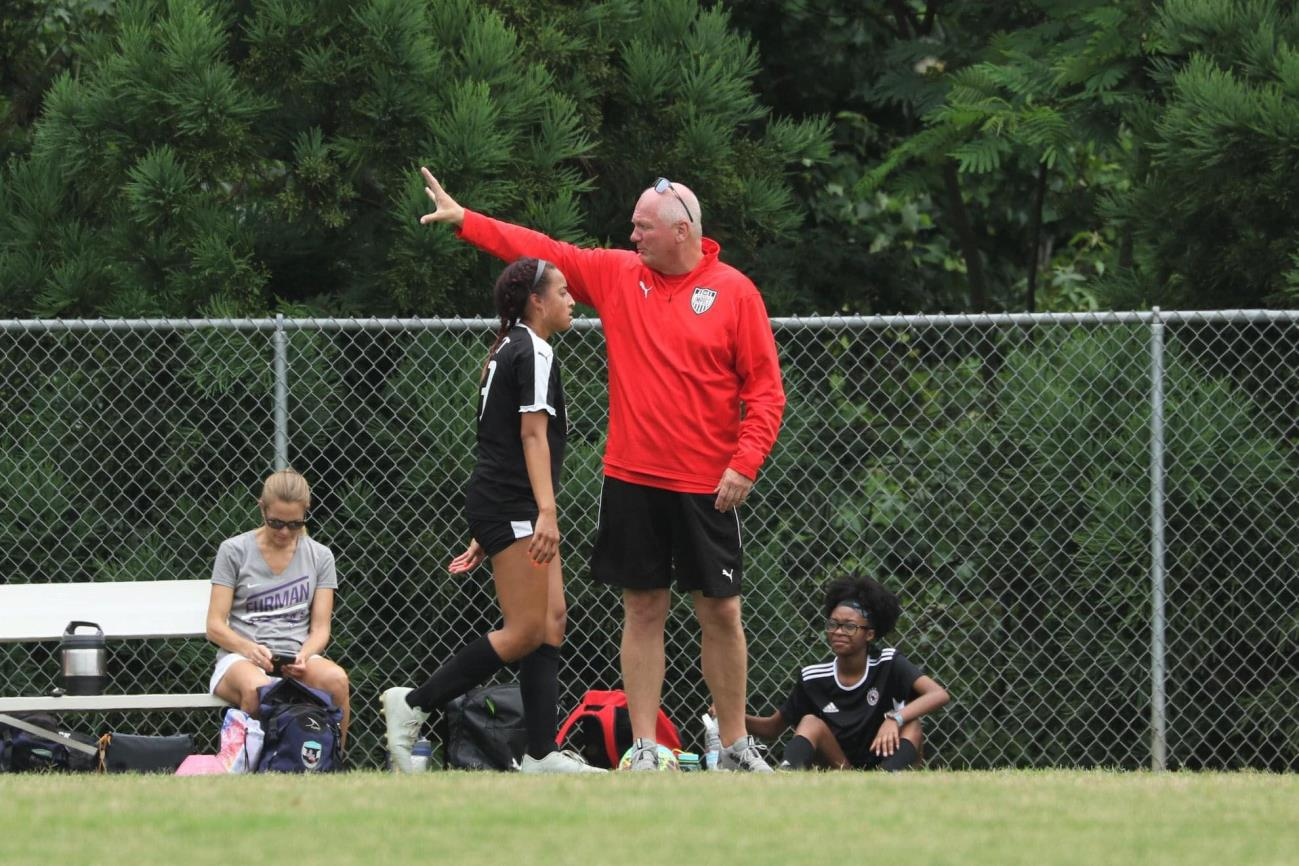 Coach Pama learned about winning championships as a product of the famed Dutch soccer (sports) scene. As SC Cambuur-Leeuwarden’s Chief Executive Officer / General Manager for 5 years, Pama took lessons learned in the field and applied them administratively at the sports highest level to help spur SC Cambuur’s growth into one of the most respected Dutch professional soccer organizations.

Through his efforts, Pama was responsible for instilling the groundwork for SC Cambuur’s success in five years as its head and well into the future. As the organization’s CEO and GM, Pama overhauled Cambuur’s business framework, leading to, among other things, a near promotion in 2009 and 2010 to the Eredivisie, the highest professional league in the Netherlands.

He emphasized the development of local talent and as a result, SC Cambuur had the (transfer) rights to some of the most talented young players in Dutch soccer. Several records were broken during his tenure at Cambuur (longest winning streak, highest average attendance, most replica jersey’s sold in single season, highest play off TV ratings etc). The club was recognized by the Dutch government and KNVB as one of the most involved professional sport franchises in the community.

In 2011, Pama resigned from SC Cambuur. During his stay in the Netherlands, Pama served as an Executive Board voting member of the KNVB, the Dutch Soccer Federation. In that role he put his business background to work in preparing the framework for the Local Organizing Committee’s effort to bring the 2018 World Cup to the Netherlands.

He also served on several other committees at the Dutch Soccer Federation and at the Jupiler League. Some of the committees involved were the sales and marketing committee, the advice committee for the Executive Management of the KNVB, future platform committee and Clubs/Player’s Union negotiating committee. He also served as an ambassador for the Kika Foundation (Children’s Cancer Foundation) in the Netherlands.

He owns Pama Sports, a soccer training and consultancy company in the United States. He served as a volunteer assistant coach for Kennesaw State University Women's Soccer program (NCAA Division I). He is the current men’s soccer head coach at Life University (NAIA) and has transformed the program from a 1-15 record to a National powerhouse in just three short years.

In 2018 he was voted as one of the Top 50 coaches in 50 years of Georgia Soccer. He has been an instructor for US Soccer and served for more than 20 years as a director of coaching for various soccer organizations around the States (Idaho, Arkansas, Georgia).

He has produced over 300 collegiate players (NCAA/NAIA) in all those years as well as 11 World Cup participants and over 30 professional players. Currently he also serves as a Technical Director for local metro Atlanta soccer program, Impact SC. Coach Pama holds a KNVB (Dutch Federation) Trainer Coach II and III License (UEFA B and C), a United States Soccer Federation A and B License, an US Soccer National Youth License as well as a KNVB Referee License.

Pama resides in Canton, GA with his wife Karen and their two children. Both his kids are soccer players. His son AJ played for Atlanta United and currently is playing for IMG in Florida. His daughter Sydney is playing at the National League level for Impact. In addition to his passion for soccer, he enjoys hiking, cycling, long beach walks and history.