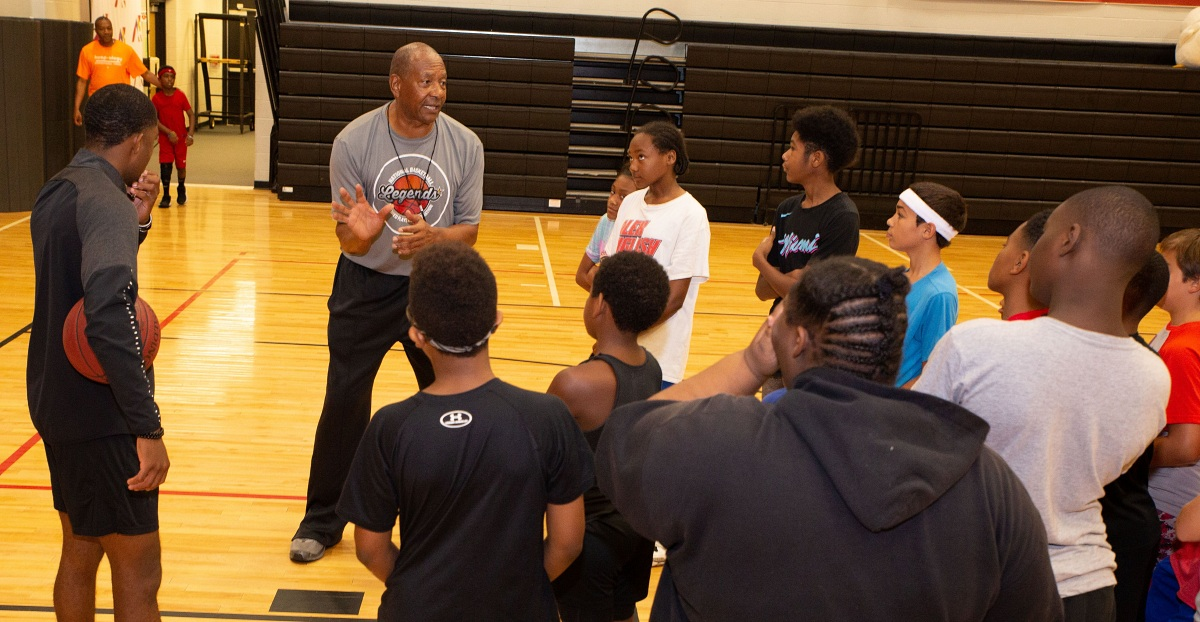 Alex English’s professional career spans more than three decades in business and sports, and he is considered to be the National Basketball Association’s most prolific scorer during the decade of the 80’s.

Born and raised in Columbia, South Carolina, English played basketball at Dreher high school followed by the University of South Carolina Gamecocks, and is South Carolina’s second all-time scorer. English was drafted to the NBA in the second round to the Milwaukee Bucks, spent one year with the Indiana Pacers, but spent the bulk of his career with the Denver Nuggets, where his career flourished.

While in Denver, Alex English quietly assembled one of the most impressive records in NBA History. Known for his smooth shots and low-key demeanor, English became the most explosive member of a high-powered Denver Nuggets team that consistently ranked among the league's top-scoring clubs.

Named to eight consecutive NBA All-Star teams, English retired from the NBA as the seventh leading scorer (25,613) and is enshrined in Naismith Memorial Basketball Hall of Fame (1997).

In his post player career, English was named the first Director of Player Programs for the National Basketball Players Association. His duties included overseeing alcohol, drug-abuse, HIV/AIDS education, player-orientation and career-planning programs. He went on to be the assistant coach of the Atlanta Hawks, Philadelphia 76ers, Toronto Raptors and Sacramento Kings. English is currently and ambassador for the NBA and teaches at their many NBA Academy’s in China, Europe and South America.

Off the court, English garnered attention for his successful philanthropic initiatives and business endeavors. Along with his wife Vanessa, English successfully owned and operated Wendy's Franchises in Columbia, South Carolina for 16 years and is now the current owner and operator of a European Wax Center in the Columbia area. He is an active participant in SportsUnited Sports Envoy program for the U.S. Department, Basketball Without Borders and sits on the Board of The University of South Carolina, Family Promise Organization, and the WNPA Board Of Advocates.