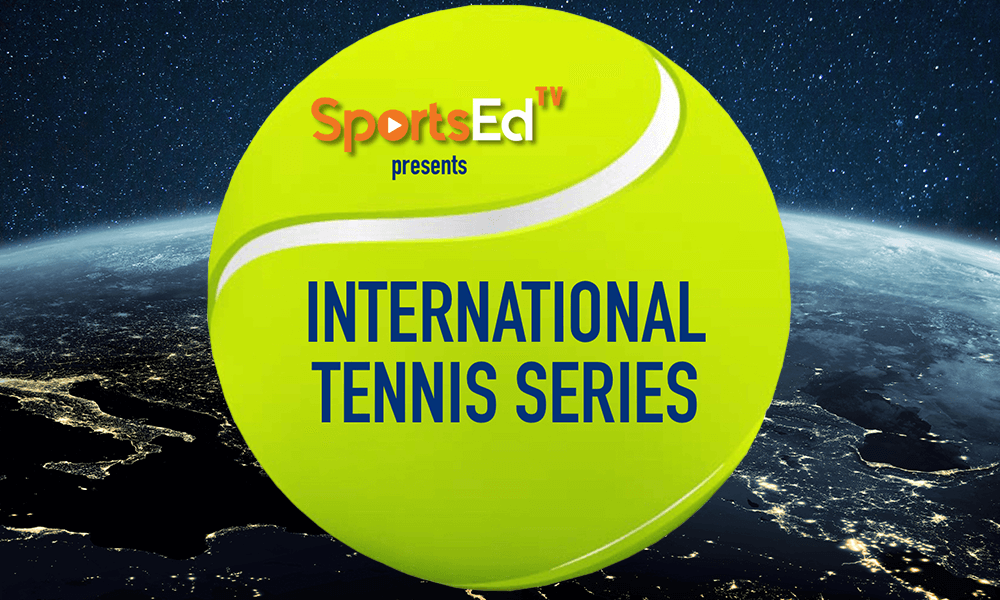 Miami, Apr 23, 2020 - SportsEdTV has become the title sponsor of the SportsEdTV International Tennis Series being produced by Harry Cicma Productions. The event series, which takes place on private courts in Florida for the next eight weeks, gives lower-ranked ATP Tour players a chance to continue earning an income while the ATP Tour remains suspended because of the Covid-19 pandemic.  All safety precautions have been taken by the event organizers, including having players use their own set of tennis balls when serving to minimize any virus transmission risk. The events are televised on ESPN 3.

“As a company that helps athletes improve and develop, SportsEdTV’smanagement team felt it was important to help these lower-ranked tennis players stay employed,” said Co-Founder & Chairman, Robert Mazzucchelli. He added, “When most people think of professional tennis players, they think of Roger Federer or Serena Williams. They are multi-millionaires who never have to play another match in their lives to ensure their financial security. The majority of tennis players live on week-to-week prize money. There are no salaries in tennis, so if you are not competing and winning, you are not earning a living. We felt compelled to help these athletes, some of whom represent the future of the game.”

“SportsEdTV stepped up to the plate when many companies were hesitant to back us,” said Harry Cicma, the series producer, and an executive producer for SportsEdTV. “They started as a tennis instruction company and I think they really feel for the players who have had their income completely cut off. They want to try and help in any way they can,” Cicma added.

About SportsEdTV: SportsEdTV exists to help athletes, coaches and parents LEARN, WIN and CELEBRATE. We do not expect everyone who uses our learning tools to become a world champion - that’s not our mission. We do expect people who use our educational resources to become their own champion, by whatever definition they view success in their chosen sport. For some, success is making the varsity team, for others, it is becoming country champion, and for others still, it may simply be gaining proficiency at a sport that offers a lifetime of fun and fitness. To us, no matter your aspirations in sport, if you are striving to improve, you are winning! As a leading sports education media company, we provide FREE video and blog content to anyone in the world with an internet connection. We also offer a global online community, where athletes, parents and coaches can interact, connect, chat, share content and find new friends. SportsEdTV videos feature coaching from world-class coaches and athletes - many of whom are or have coached world-champions - and have been watched by viewers in every country in the world.