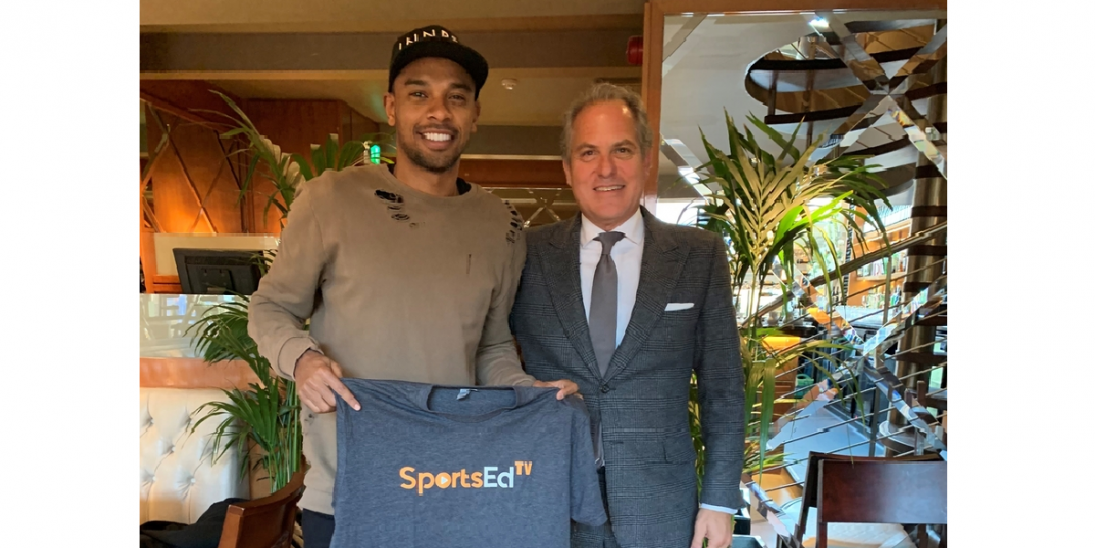 Miami, Florida May 3, 2022 - SportsEdTV announced today that Fernandinho, Brazilian soccer star, national team captain and Manchester City captain, who will return to Brazil later this year after announcing his retirement from Manchester City, has formalized his partnership with Miami-based SportsEdTV.

“Fernandinho is an icon and a gentleman of his sport,” said SportsEdTV Co-Founder, Chairman, and CMO Robert Mazzucchelli. He added, “Our relationship with him has been developing for years, and we are fortunate to have finalized a formal partnership for Fernandinho to own an equity stake in the company and become a contributor to our soccer content libraries.  He is one of the most respected players in the world, admired by fans, coaches and players alike, and our members and viewers will improve greatly from the contributions he will make to our company”

“SportsEdTV offers a ground-breaking global platform for sports improvement,” said Fernandinho. He added, “The team has done an exceptional job making world-class videos and attracting top soccer talent, and I look forward to helping the business through my content contributions, marketing activities,  and to helping SportsEdTV build its presence in Brazil.”

Fernandinho is a legend in the world of soccer.  He began his career at Brazilian club Atlético Paranaense before moving to Shakhtar Donetsk in 2005, where he became one of the best foreign players to ever play in the Ukrainian Premier League. With Shakhtar, he won six Ukrainian Premier League titles, four Ukrainian Cups and the 2008–09 UEFA Cup. He was voted by the Shakhtar Donetsk fans as the best Brazilian player to ever play for the team. In 2013, he joined Manchester City, where he has since won four Premier League titles, among other trophies.

About SportsEdTV: SportsEdTV exists to help athletes, coaches and parents LEARN, WIN and CELEBRATE by providing the THREE things all athletes need to improve: world-class video and blog content; a global community of parents, coaches and parents; and a global marketplace of improvement resources. We don’t expect everyone who uses our learning tools to become a world champion - that’s not our mission. We do expect people who use our educational resources to become their own champions, by whatever definition they view success in their chosen sport. For some, success is making the varsity team, for others, it’s becoming country champion, and for others still, it may simply be gaining proficiency at a sport that offers a lifetime of fun and fitness. To us, no matter your aspirations in sport, if you are striving to improve, you are winning! As a leading sports education media company, we provide video and blog content to anyone in the world with an internet connection.