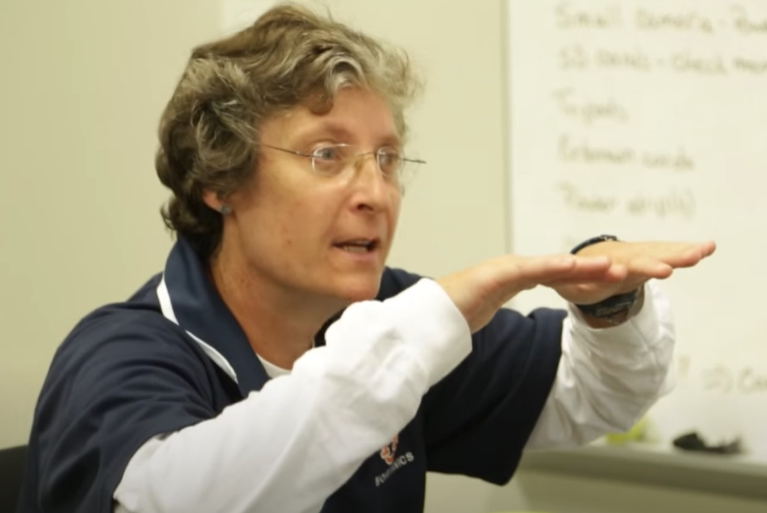 Dr. Wendi Weimar is a Biomechanist, consultant, professor and Director of the Sport Biomechanics Laboratory at Auburn University. She has worked with professional athletes, Olympians, National Teams and members of national teams, the US Army and athletes just starting out. She continues to consult with collegiate and several professional sports teams in the United States. Her latest trip abroad was with USA Team Handball where she provided game analyses. Every summer, Wendi and the Sport Biomechanics Laboratory provide movement analyses for camps and from time to time hold Speed and Agility camps as well as pre-season preparation camps. These camps focus on the development of body control, understanding the role of vertical and horizontal forces and understanding the role of the position of the center of gravity with regard to foot position.

As the Director of the Sport Biomechanics Laboratory for the past 20 years, Wendi has developed a rich research portfolio with a current focus on the influence of muscle dynamics on maximum force production and time to peak force. This is now being expanded to include the influence of playing surfaces on the lower extremity. Another area of focus is the interaction of the foot and shoe interface. This interest has led to several invited presentations on shoe tying and footwear choice.

In addition, to her attention to sports performance, Wendi is an educator, author and scientist. She is a co-author of a widely used textbook, Kinesiology: Scientific Basis of Human Motion, has over 100 scientific presentations and 46 peer reviewed manuscripts and was a consultant for a Discovery Channel Documentary XMA: Extreme Martial Arts.