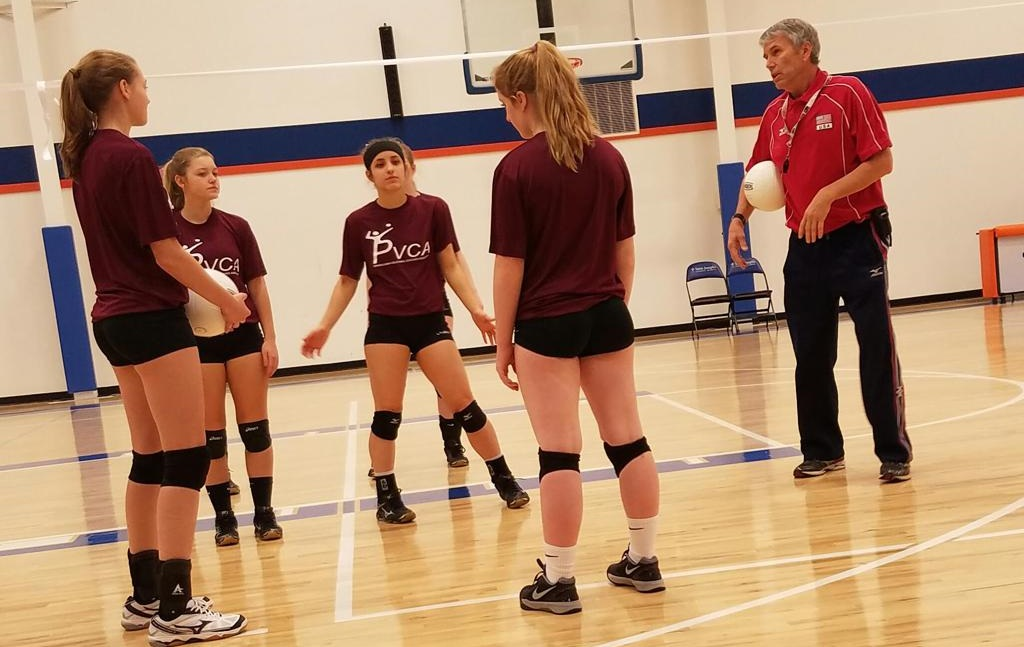 Since 1985 John has been working for the National Governing Body of the sport, USA Volleyball (USAV), being let go along with 50 percent of his fellow staffers due to the COVID situation. He has been coaching since 1971 at the collegiate level or above, including Women’s U.S. Open titles in 1986 & 1987. A sought-after international lecturer, he has conducted seminars in all 50 states, and in over 60 nations. He has been part of every summer Olympics or Paralympics but two starting in 1984 and many Beach and ParaVolley Volleyball World Championships. He is currently Secretary of the NORCECA Development Commission, and Director of Development for World ParaVolley, and part of the national staff of Beach Nation.

In 1995, Volleyball Magazine’s special Centennial issue named him one of the 50 most important people in the world within the sport in the past 100 years.

In 2013 the American Volleyball Coaches Association inducted him as their 60th ever member of the AVCA Coaches Hall of Fame.
In 2019 he became the 50th recipient in history of USAV’s highest award for a lifetime of service, the “Frier Award”-named in 1965 in honor of Dr. Harold T. "Frier" Friermood, the second President of the USVBA (1952-1955) and one of the principal individuals responsible for volleyball in the Olympic Games.
Also in 2019, Colorado College, his alma mater, awarded him the school’s highest honor, the Louis Benzet award in recognition of his influence in shaping the lives of players and coaches around the world and his achievements in advancing and elevating the science of teaching and coaching.

He is a busy author, with over half a dozen USAV books, including the IMPACT coaching manual, the Jr. Olympic Volleyball Program Guide, and more recently the Minivolley 4 Youth, Youth Coloring Book, STEM Volleyball program and countless articles. His blog called “Growing the Game Together” is the second most popular blog of the hundreds found on the US Olympic Committee’s Team USA website and he promotes the “Grassroots” Button on the USAV website with material, mobile coach apps, videos, posters, and information for clubs, schools, coaches, parents, players, and officials. He pioneered USA Volleyball on the Internet, helping the late Tom Jack develop the original site, one of the first 1,000 websites listed on Yahoo. He is an administrator of over 21,000 closed membership Facebook page “Volleyball Coaches & Trainers” and his Twitter account @JohnKesselUSAV has over 5,000 followers while following less than 100.

He has received many other awards, including USA Volleyball’s Honorable Mention in 1978 and 1986, the Harry Wilson Distinguished International Service in 2004, the George Fisher Leader in Volleyball in 2006 and in 2007 was named a Sport Ethics Fellow by the Institute for International Sport. His work in breaking down the silos of learning between sports has seen him keynote speaking for USA Hockey, USA Shooting, USA Sailing, USA Synchronized Swimming, USA Swimming, USA Pole-vaulting, the American Hockey Coaches Association, US Olympic Committee & US Paralympics, FIVB, IOC and IPC and several Major League Baseball teams.

In 1975-79 he served at Outdoor Volleyball Director for Colorado Volleyball Association and assisted its transition from USVBA Region 8 to stand alone USAV Rocky Mountain Region. From 1982 to 1990 he was Director and Coaches’ Coach of the Albuquerque Junior Olympic Volleyball Program. For a month in the summer of 1991, he was one of four featured speakers at the first ever International Youth Volleyball Coaches Symposium in Olympia, Greece, attended by over 50 nations, and he repeated that role in the International Volleyball in the Schools Seminar in Canada in 1995 and 2007 and in Thailand and Vietnam in 2013 and 2014. During the Centennial year of volleyball, he was the principal speaker at the Centennial Advanced Teaching and Coaching Seminar in Beijing, China. He was on staff for both the 1984 and 1988 Olympics and served as producer for both the 1996 Centennial Olympics for indoor volleyball in Atlanta, and subsequently producer and announcer for the 1996 Paralympics in Sitting and Standing volleyball. For 1999-2000 he was director of the U.S. Olympic Challenge Series, the Olympic qualifying series, which included an FIVB World Tour Grand Slam stop in Chicago with $400,000 in prize money for that one stop alone. He also served as head coach/team leader for the 1999 and 2003 USA Pan Am Games Beach teams, with a silver medal, and 4th and 5th place finishes in the four events. In 2004 and 2005, he directed the National High Performance Beach Camp, worked his 10th US Jr. Olympic Beach Volleyball Championships for USA Volleyball in Hermosa Beach, an event he started in 1994 with Dale Hoffman of the California Beach Volleyball Association, and worked with the AVP.

He was Team Leader for the 2000 USA Olympic Beach Volleyball Teams in Sydney, which brought home one gold medal, and for the 2004 USA Paralympic Women’s Sitting Volleyball Team in Athens, which came home with the bronze medal. For over a decade he served as one of 8 members of the International Volleyball Federation’s Technical Commission, as Secretary, and he remains a FIVB Level IV Instructor. He served on Jury at the London 2012 Paralympics for Sitting Volleyball, in 2014 and 2018 for the ParaVolley World Championships, 2016 and 2019 for the WPV Intercontinental (the final Rio qualifier) and in 2016 Rio Paralympics where the USA women won the gold medal and will be on jury in 2020 for the last qualifier for the Tokyo Paralympics.

As a player he has participated in 16 U.S. Open Championships and was a 7-time Regional Champion. He also has played professionally with the Denver Comets in the old International Volleyball Association, and a year in Italy for the Alessandria Volleyball Club. Recently he competed for the Time Lords in the 55 & over division, 36 years after his first US Open in 1973.

His son Cody was a three time All American and four-year starter at Princeton leading the nation as a freshman and senior in kills per set. For the past five years Cody has been a starting outside hitter in the top German professional league – currently for Berlin Recycling, the top team in the Bundesliga - after captaining the USA World University Games team and playing for the USA Men in the two PanAmCups and other international events. Five summers ago, Cody also become the youngest doubles player in 42 years to win the Aspen “Motherlode” men’s Open, and Atlantic City “Big Shot” Open, plus 10 other Beach Open events in the west. His daughter was a member of Cheyenne Mountain HS, which won four straight state titles in volleyball, and played for Bowdoin College, graduating Cum Laude in Neuroscience. She has guided climbs up Kilimanjaro and in Patagonia, Chile, taught two years at the Asian Pacific School in Hawaii, and after a gap year traveling the world she is a TA getting her masters in Speech Pathology at CU Boulder. He is married to Lily Fernandez, who has 3 kids, Jose, Dan and Elysse – and Elysse is the assistant women’s volleyball coach at the US Air Force Academy.

He now helps direct the family legacy project for veterans and first responders at www.bisonpeaklodgecolorado.com It has been a dream of his since he was 12 and attended the Bob Mathias Sierra Boys camp, to create a place of healing and learning for all who can visit – including International and US Olympic and Paralympic sports. – with the goal to help make coaches more efficient, positive and creative, no matter what level - 7-year olds in an elementary school program or National team players and programs. He challenges old ways of thinking and help coaches create what they need, while having fun in the process. John has a BA in Biology and Economics received from The Colorado College in 1974, His pastimes beside volleyball include fly-fishing, carpentry, writing, skiing, lacrosse, mountaineering, upland game hunting, deep-sea fishing and travel. John can be reached at Bison Peak Lodge landline at 719-748-1270, 719-337-9337 cell and jkessel@explorepsa.com plus LinkedIn and Twitter @johnkesselusav.

Director of Development and board member for World ParaVolley. (2012-2020) http://www.worldparavolley.org

USAV Blog “Growing the Game Together” the 2nd most popular blog on the USOC TeamUSA website the last decade. -

Podcasts and Webinars for USAV and over a dozen other groups such as Coach Your Brains Out, Changing the Game Project, Train Ugly, The Talent Equation and more.