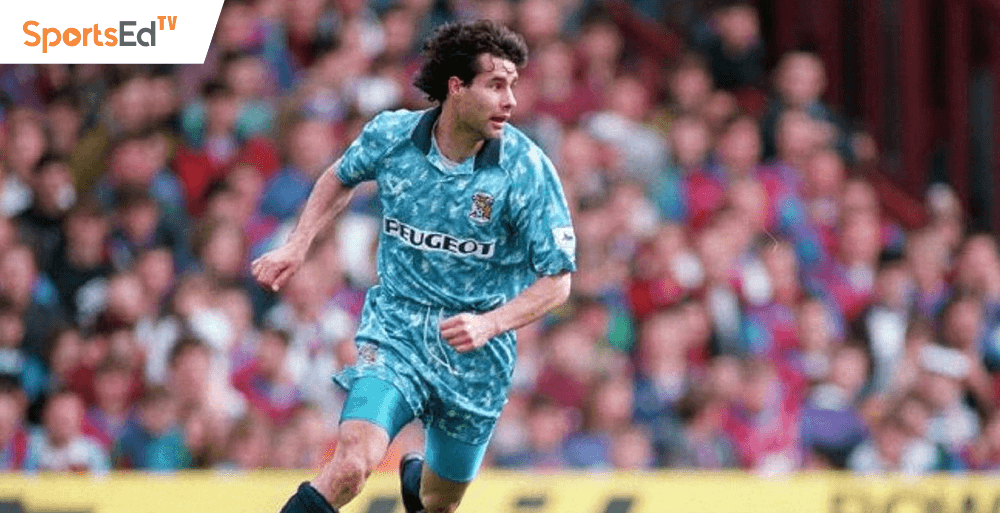 Miami, Feb 14, 2019  - SportsEdTV has named Roy Wegerle as Executive Director of Soccer. The former Chelsea player and two-time FIFA World Cup competitor as a member of Team USA will lead the development of all instructional content for the fast-growing online sports instruction network.

“Soccer is the most popular sport in the world and is played in virtually every country,” said SportsEdTV Co-Founder and Chairman, Robert Mazzucchelli.  He added, “With Roy Wegerle and the rest of the talented soccer team at SportsEdTV, we plan to bring world-class instruction and coaching to people across the globe, and help level the playing field between affluent and less affluent countries in terms of access to great coaching. In Roy, we have a South African by birth, who played for Team USA, and also Chelsea in England — that’s three continents of experience and relationships that will help shape our video curriculum.”

“SportsEdTV will change the way millions of people learn soccer,” said Roy Wegerle.  He added, “The video instruction content we produce will supplement, and in many cases inform, the coaching and development of players of all ages and ability levels, all over the world.  I am energized by the opportunity to bring all I have learned about the game, along with all the knowledge of all the experts I have encountered throughout my career, to millions of people in every continent in the form of free video instruction.  This network will not just change soccer, it will change lives.”

Wegerle is an experienced soccer player and coach with decades of achievement in the sport.  He played in 41 games for Team USA between 1992 and 1998, including two World Cups.  His professional career started with Chelsea F.C. in England’s Premier League, one of the most competitive soccer leagues in the world.  He also played for Queens Parks Rangers and Blackburn Rovers, before finishing his Premier League career at Coventry City F.C.

When MLS was formed in the United States, Wegerle returned home to play for the Colorado Rapids and then DC United, where he won the MLS Championship.  His last professional team was the Tampa Bay Mutiny. Wegerle retired from soccer to pursue a career as a professional golfer and to serve as Director of Coaching for the Palm Beach Predators.  He currently is an Ambassador for USA Soccer and a member of the Hosting Committee for the 2026 FIFA World Cup, which will be played in the US, Canada, and Mexico.

About SportsEdTV:  SportsEdTV.com provides free, world-class, online video instruction in over thirty sports. Our expert coaches teach technique, strategy, tactics, strength and conditioning, nutrition, mental toughness, and the unique lifestyle complexities of being an athlete to competitors and sports participants at all levels, from beginner through professional.  Everyone can improve by watching our videos.  Our “tips of the day” and video analysis of great champions are insightful, and viewers can enjoy our fun “play of the day” features and global news updates on their favorite sports, teams, and events.  It’s great for athletes, coaches, and parents looking for an edge.