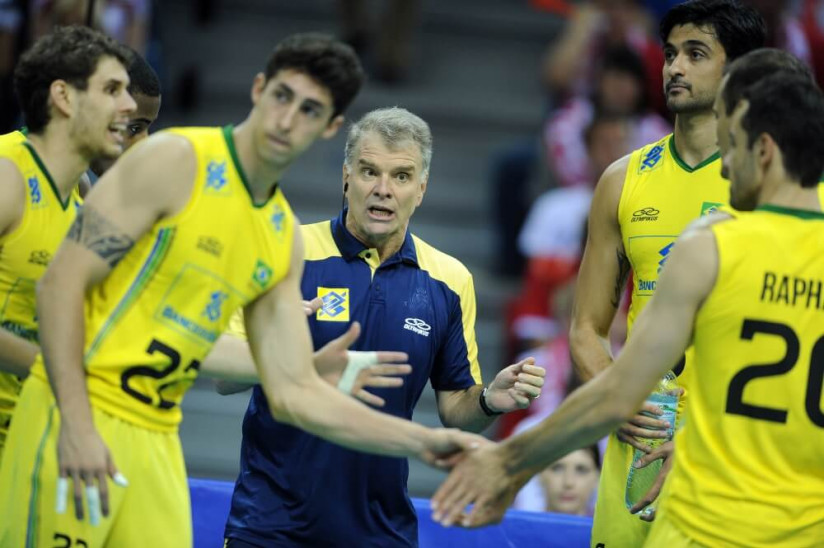 Miami, Florida Dec 21, 2021 - SportsEdTV, and its SportsEdTV STORIES division, has joined forces with the Confederacao Brasileiro De Voleibol (Brazilian Volleyball Federation) to tell the story of Brazilian volleyball dominance on the world stage.  The cooperation includes the production of two video projects: 1) an instruction library featuring the methods and techniques used by the Brazilian coaches to prepare players for world competition; 2) a deep look at the human stories and the people who have made the Brazilian volleyball success miracle happen.

“This project gives SportsEdTV a chance to delve into the human side of exceptional sports performance and excellence,” said Co-Founder & Chairman, Robert Mazzucchelli.  He added, “Brazil has shown a unique ability to dominate volleyball on the world stage.  Their men’s team has been ranked #1 in the world for eighteen straight years.  Their women’s team is a perennial top contender.  And their men’s and women’s beach volleyball players rank among the best.  How do they do it?  Who are the people driving this high level of achievement?  We will tell the story and the stories within the story, which is on par with the stories of USA “Dream Team’s” dominance in basketball, or the old Soviet Union’s dominance in hockey, at a time when a group of skilled Soviet professionals competed against the world’s amateurs.”

“It is a great honor to have SportsEdTV tell our volleyball story,” said Adriana Behar, CEO of CBV and two-time Olympic silver medalist.  “It is easy to overlook our country’s consistent success in volleyball and take for granted our results in global competition.  It has just been part of our national reality for so long.  For a U.S.-based global media company to recognize our achievement, and want to tell the world about it, is great for Brazil and the sport of volleyball worldwide.  We hope the stories and training methods told in these videos will help inspire and teach future generations of athletes how to excel on the court and off.” Behar added.

The two video projects will take approximately twenty-four months to complete.  The first, an instruction library that demonstrates the teaching and training methods used by the Brazilian coaches, will show the world for the first time how Brazil prepares its players for success.  The second, a documentary, will trace the origins of this unique Brazilian sports story, and look into the contribution of people like coaches Bernardinho, Ze Roberto, Jorge Barros and players like Giovanni Gavio, Ana Moser, Gilson Goncalves, Giba, Sheila, Dante Fabi, Shelda and more.  The documentary will explore the lives of these key characters, trace their roots to the game of volleyball and follow their ascension to worldwide dominance of the sport.  SportsEdTV will also explore the connection of the men’s team's success to current successes among the youth, women’s team, and beach players on the global stage.

SportsEdTV will distribute the instruction library exclusively on SportsEdTV’s web and social channels, and the documentary on global sports and entertainment television, OTT networks, cable, and on-demand platforms.

About SportsEdTV: SportsEdTV exists to help athletes, coaches and parents LEARN, WIN, and CELEBRATE. We don’t expect everyone who uses our learning tools to become a world champion - that’s not our mission. We do expect people who use our educational resources to become their own champion, by whatever definition they view success in their chosen sport. For some, success is making the varsity team, for others, it’s becoming country champion, and for others still, it may simply be gaining proficiency at a sport that offers a lifetime of fun and fitness. To us, no matter your aspirations in sport, if you are striving to improve, you are winning! As a leading sports education media company, we provide FREE video and blog content to anyone in the world with an internet connection. We also offer a global online community — where athletes, parents, and coaches can interact, connect, chat, share content and find new friends — and a global directory of facilities and coaches. SportsEdTV videos feature coaching from world-class coaches and athletes - many of whom are or have coached world champions - and have been watched by viewers in every country in the world.

About CBV: The Brazilian Volleyball Confederation is the entity responsible for the promotion and development of volleyball in Brazil. Our goal is to represent Brazil in national and international volleyball tournaments with excellence. Our management vision is based on effective standards of governance and ethics. We strive to ensure that integrity and diversity will be values upheld by everyone involved in Brazil’s second most practiced sport and a proud recipient of eight Olympic Gold medals.