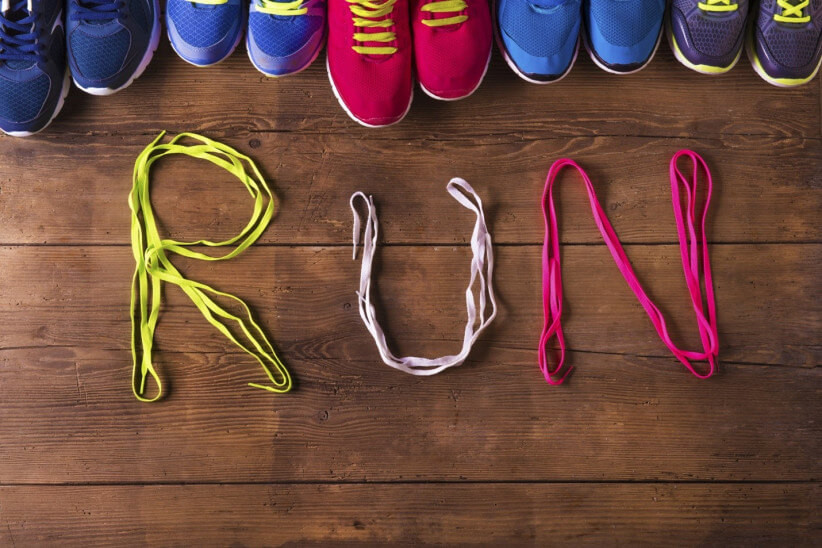 Compared to 10 years ago, the running world has evolved so much that we could hardly keep up with the speed of running shoe technologies.

When it comes to choosing the "right" pair of running shoes that are perfect for you, there are a couple of factors that one needs to consider in order to take advantage of current running technologies instead of risking unnecessary injuries from improper use of running shoes.

Anyone who runs and watches at running races may have noticed that super cushioned running shoes have become overwhelmingly popular among runners.  Almost every other person you talk to about running shoes raves about how amazing these cushy shoes make them feel while running.

However, a research study (Pollard, Christine D et al. Orthopaedic Journal of Sports Medicine in 2018) shows genuine concerns of increased risk of injuries from running with maximalist, thickly cushioned mid-sole shoes compared to average neutral running shoes. The study indicates that “runners exhibited increased impact forces and loading rate when running in a maximal versus neutral shoe. Because increases in these variables have been associated with an increased risk of running-related injuries, runners who are new to running in a maximal shoe may be at an increased risk of injury...”

Do you remember those five-toe shoes?  Minimalist running/barefoot running shoes are having more unresolved mysteries on risks of injuries when it comes to recommendations for runners. Not all runners are born equal in terms of foot strike patterns, one large cohort study on world elite running competitors’ strike patterns in 2007, Japanese researchers found “that 75% of the runners were rear-foot strikers, 24% were mid-foot strikers, and only 1.4% struck with their forefeet.”

But it would have been different if they’d all barefoot run at that time. “With the knee as the most common injury site, followed by the lower leg, the foot, and the upper leg*,” it is a good idea to use shoes in areas that are prone to hazards such as glasses or dog excrement.

Contact surfaces, for instance, concrete pavement may require more protection to your feet that minimalist shoes/barefoot may not be able to provide.  However, running on grass, trails or sandy beach may provide your foot more benefits such as an increased external vertical loading rate, an earlier impact peak, greater tibial acceleration, flatter foot placement at initial contact, and 4-5% less oxygen consumption.

Too much barefoot running can lead to overuse syndromes, repetitive joint breakdown, and osteoarthritis; when people develop symptoms, they compensate, which causes knee injuries, hip injuries, or lower back issues. Barefoot running for elite groups that could do it with less injury may be ok, but that most people shouldn’t run barefoot too much.

Keep it balanced.  When there is something new, we all want to try it. According to Kevin Kirby, DPM, assistant clinical professor at the California School of Pediatric Medicine in Oakland, “Other than that, the people I’d recommend it for would not be beginners, but rather those who are already running 60 or 70 miles a week and who want to vary it, give their legs a break, go on the golf course and do some intervals barefoot.” People who’ve made the transition to barefoot running most easily are those who grew up walking around barefoot.**

Thanks to current technology advantages, we can use multiple sets of "eyes" through video analysis.  For example, we utilize Dartfish (www.dartfish.com)  in our office to help our long distance and triathletes stay on track and bio-mechanic assessments in physician's office or labs to customize running gear.

Jinjiang Li Jinjiang Li is a Certified Chiropractic Sports Physician® who has worked with sports organizations and teams at all levels [...]
Share This Story, Choose Your Platform!