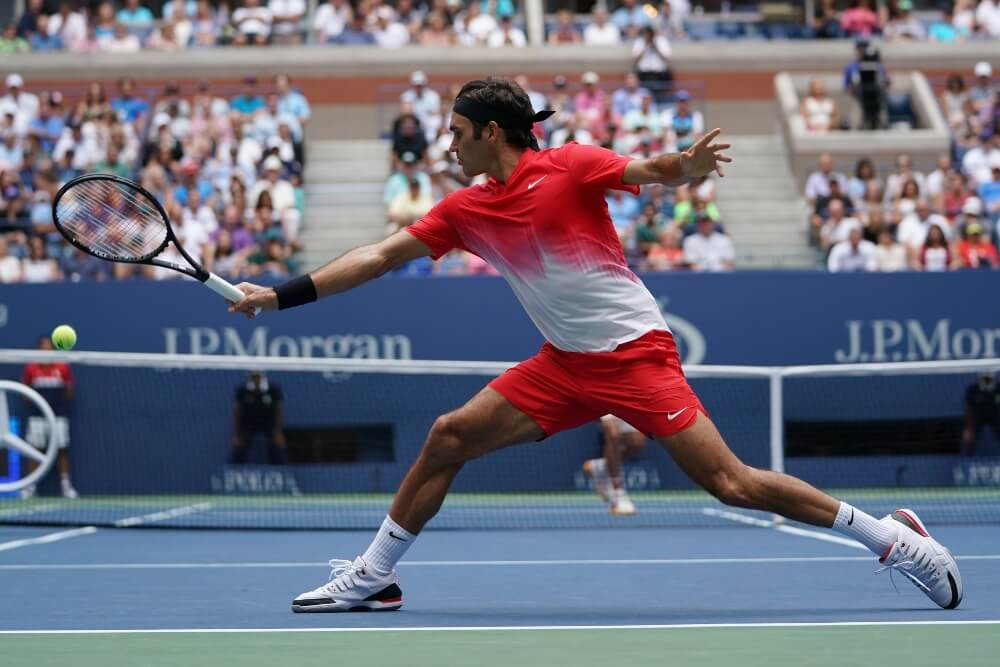 What makes a great athlete different from other athletes? Certainly, there is a mental toughness that helps set them apart from their competitors. Often, they are gifted with a body that is exceptional in its size, strength, or speed. Frequently their superior work ethic related to practice and preparation is noted by those critiquing their sport. And of course, they must stay healthy enough to compete for a sustained period of time at the highest level. But occasionally there is something else that even the casual observer notes about the movement of an athlete that sets them apart and makes them special.

There are and have been many great athletes but even among the greatest, there are those that stand out. What is it that makes them so unique? I believe one of the traits that is often overlooked but contributes greatly to the long-term health and success of athletes is their superior dynamic balance. It is this ability to maintain personal body control while disrupting the balance and efforts of their opponent to successfully fight back that can overwhelm even the best of players. To me, that is one of the signature traits of Roger Federer’s greatness.

There are other players that hit the ball as well or even better than Roger. Some have more powerful backhands, faster serves or return serve better. But if you watch closely how Federer moves around the court, simultaneously dictating the movement of his opponent during points, there may never have never been anyone better. Roger almost never seems to be out of position, off-balance or lunging to hit a shot. On the other hand, many of the top players in the world often appear out of sync, confused, pushed, and frustrated when playing him. Why?

A skilled gymnast can balance on one foot on a 4 inch (10cm) wide beam and be at equilibrium but not stable relative to a slight push which could topple her from the beam. A sumo wrestler in a crouched position can be balanced, in equilibrium and stable while highly resistance to changing position given a small push. That means that a person can be perfectly balanced and in equilibrium but not stable. Sounds a little confusing doesn’t it?! That’s why Federer’s movement skills are so interesting. He has the ability to dynamically balance while generating the proper stable platform needed to hit his wide variety of shots. At the same time, he must be unstable enough that small muscle forces will cause him to instantly change movement direction without losing that balance. That is very difficult task in a sport that requires constant all out sprinting, stopping, and changing direction multiple times during almost every point! 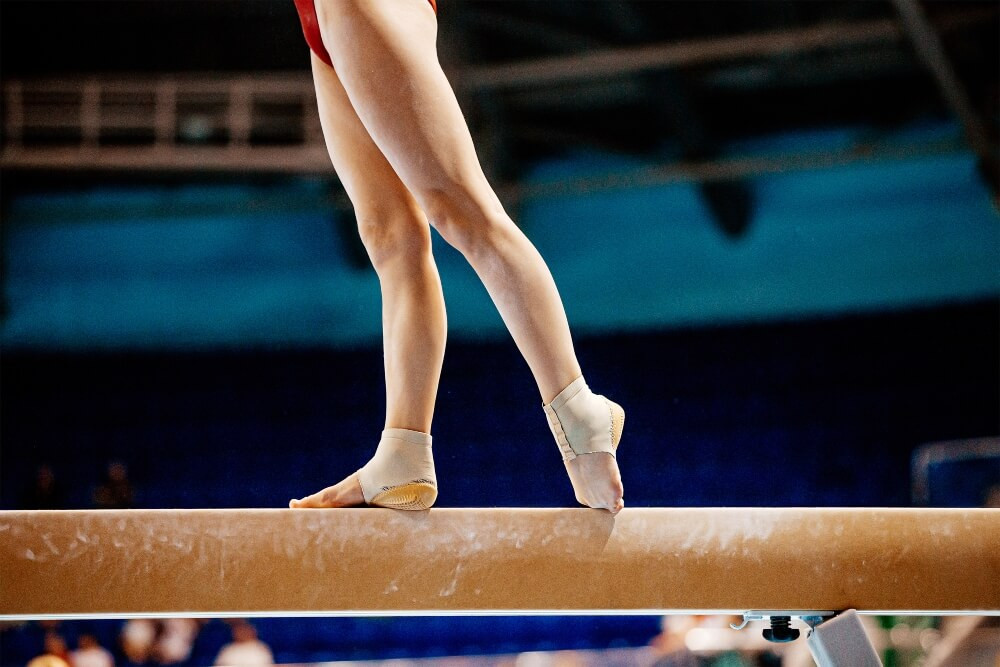 To understand Federer’s advantage over most players it’s important to understand the different concepts of dynamic balance, stability, and equilibrium (1,2,3). Time for a short physics lecture. Balance occurs when the center of mass (its balance point) is located above its base of support, for a person that would typically be over one foot or between both feet (5,7). Stability refers to a body’s ability to withstand forces (pushes or pulls) without requiring a change of position or orientation. Equilibrium is a state when internal and external forces are equal. There are three common states of equilibrium: stable, unstable, and neutral (5). In all three states of equilibrium, a body may be moving or stationary (7). If a force is applied to a body in a state of stable or neutral equilibrium the body tends to return to equilibrium based on how it is balanced at that time. In the case of a human body, the body is under control and the person is better able to move it as they wish. When a force is applied to a body in an unstable equilibrium the body moves away from equilibrium and counter acting force must be applied to return to equilibrium.

Now back to what makes Federer so special. Roger has an almost uncanny ability due to the way he moves to maintain balance as he quickly shifts through conditions of stability and equilibrium. His low step height and relatively short step length when moving around the court are ideal for maintaining balance, stability, and equilibrium. It allows him to quickly and efficiently change direction while being ready to play shots to his right or left, toward or away from the net (4). The result is he appears to be gliding or floating around the court while his opponents are seen as running and lunging. Being in control of his body, being balanced and in position to hit shots from anywhere on the court makes him such a special athlete.

We all may not be able to reach the same level of movement excellence as Roger Federer but everyone can improve their dynamic balance, stability and equilibrium through practice. There are many forms of movement training programs and specialized equipment that can be used to improve body control. From basic strength and flexibility programs, to studying Tai Chi, to using a wobble board or trying to master slack lines, we can, and should, work to improve our body movement and control (6). Improving dynamic balance can improve sports performance, reduce injuries, and allow us to stay more active throughout our lives (3).

Jeff Bauer, Senior Contributor Dr. Jeff Bauer has been a professor of Biomechanics over 25 years and is a former Division I tennis player who spent almost a decade working as a Aerospace Systems analyst. [...]
Share This Story, Choose Your Platform!